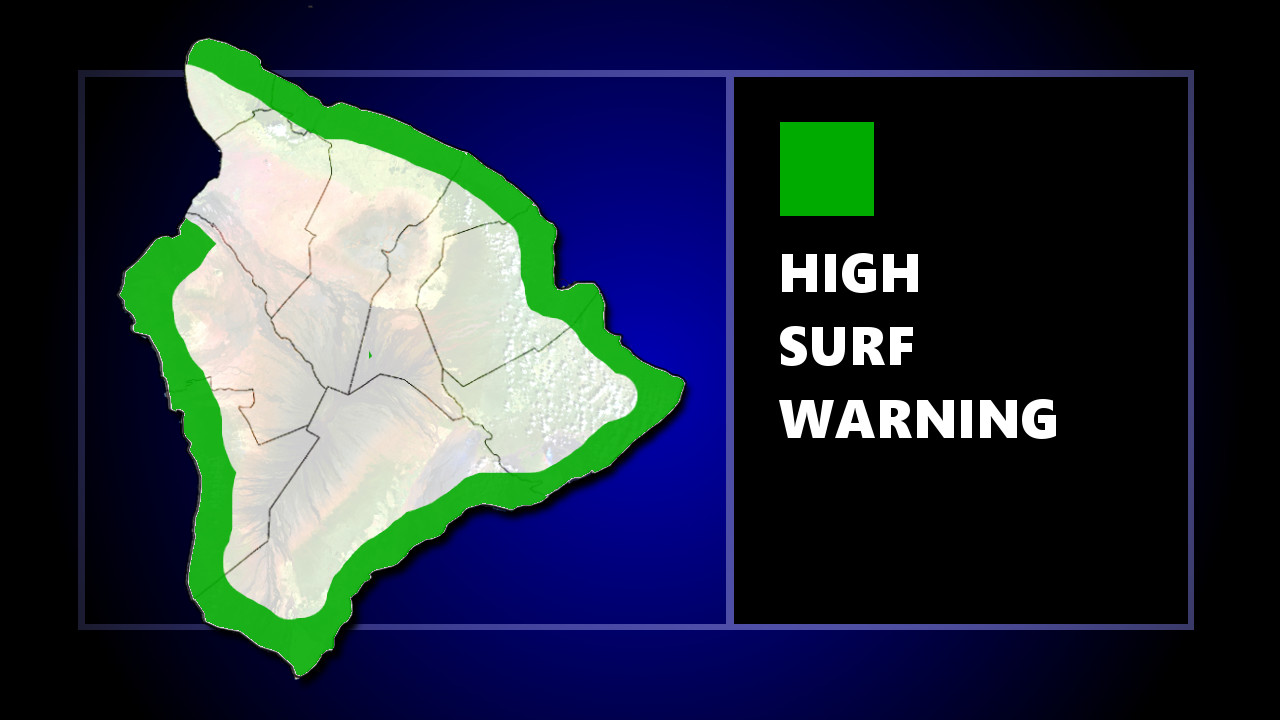 HAWAIʻI ISLAND - A very large south swell will continue to impact Hawaiʻi through tonight, and surf will remain above advisory levels through Monday.

(BIVN) – The National Weather Service in Honolulu has issued a High Surf Warning, which is in effect until 6 a.m. Monday. The High Surf Advisory is no longer in effect.

Surf heights along south facing shores will be 10 to 15 feet through late tonight, forecasters say, then lowering to 8 to 12 feet on Monday.

“Exercise extra caution entering or leaving harbors along the affected coasts and watch for surfers near the harbor channels,” a Marine Weather Statement reads.

The most dangerous time along the coast is during periods of high tide forecast to occur around 3:00 p.m. Sunday afternoon, Hawaiʻi County Civil Defense says.