MAUNA KEA, Hawaiʻi - Day two of the scheduled construction of the Thirty Meter Telescope began quiet, but ended with a dramatic truce with police.

(BIVN) – Tuesday was the second day in the standoff on Mauna Kea between Thirty Meter Telescope opponents and law enforcement seeking to ensure safe access to the summit for construction crews.

On Monday, the first day of the scheduled start of the TMT project, the Mauna Kea Kiaʻi brought their techniques of non-violent resistance to block the Mauna Kea Access Road, which was already set to be closed by authorities. There were no arrests, and the day ended with an uneasy truce leading into Tuesday.

This summary was provided by the Mauna Medic Healer’s Hui:

There was a truce on Mauna Kea last night that lasted until 7am this morning when conversations were held.
Protectors were asked to clear the road and some conditions were given under which that could happen:

1) No National Guard on the Mauna (Non negotiable)

2) Although they would continue to monitor the space they are currently located, they would allow the astrophysicists up the mauna under the condition that the Kanaka Maoli would be allowed one vehicle up the mauna daily. (Non negotiable)

3) That protectors be allowed to continue holding the space at Pu’uhonua and to have a checkpoint. (Negotiable if they were allowed the first 2 conditions)

Protectors were willing to negotiate moving the checkpoint to the side of the road and clear the lanes but an agreement based on the terms and conditions was not reached in the conversation. At this point, there is a stand still until further conversations are held.

Facing arrest, kupuna asked to again hold the front line, in much the same way as they did on Monday. 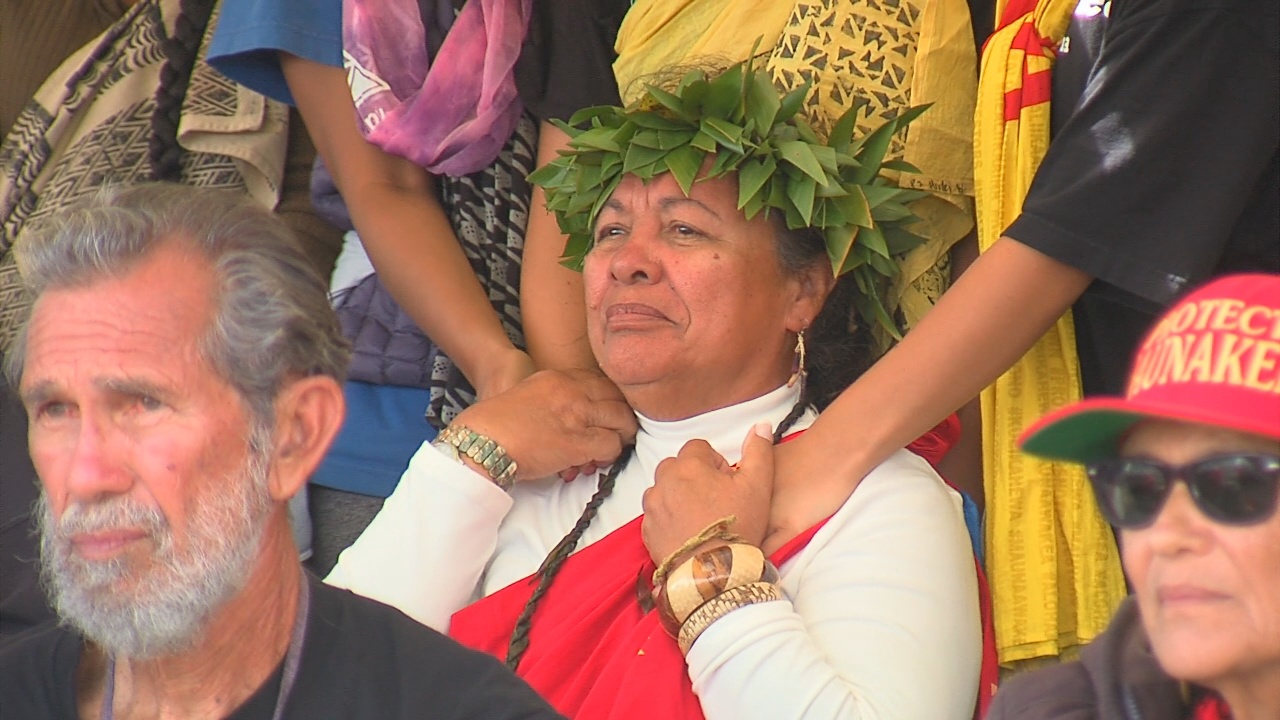 In the moments before the police arrived to clear the road, kupuna summoned their courage and serenaded the kiaʻi with Hawaiian song, in preparation of what was to come.

A last minute deal was brokered with Lino Kamakau, who is charge of DLNR’s DOCARE Hawaiʻi Island Branch. There would be no arrests, and a truce would again be in effect.

The State of Hawaiʻi Joint Information Center provided this information at the end of the day:

The atmosphere is expected to be drastically different on Wednesday.