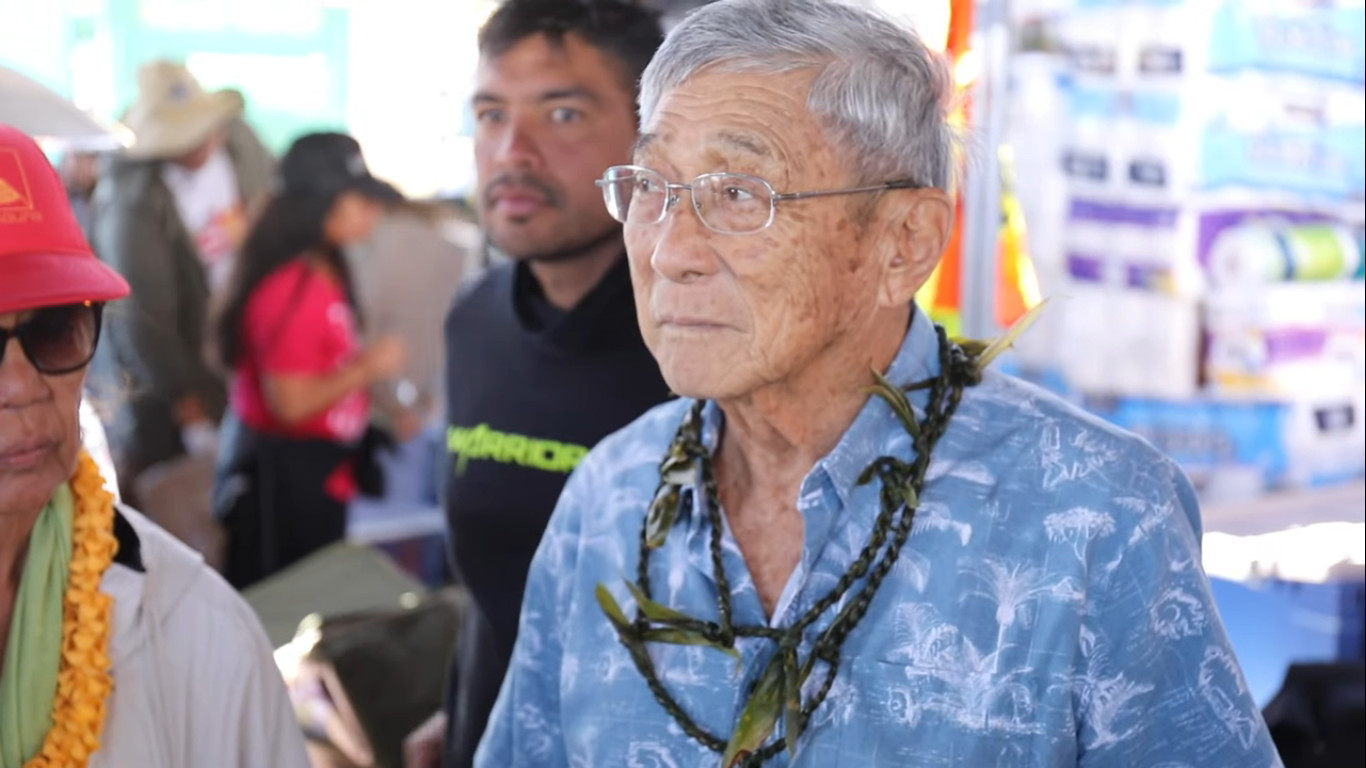 MAUNAKEA, Hawaiʻi - The number of people at the encampment below the Mauna Kea Access Road has swelled over the weekend.

(BIVN) – Mayor Harry Kim visited the encampment at the base of the Mauna Kea Access Road for the first time on Saturday, the sixth day of the scheduled start of construction on the Thirty Meter Telescope. Mayor Kim also visited Puʻuhonua o Puʻu Huluhulu, and was guided around the operation.

Kim later addressed the crowd, and said he appreciated the peaceful nature of the gathering. He said he felt safe.

State law enforcement also says it is “continuing to plan for safe passage of construction equipment,” and “are reminding everyone to exercise extreme caution due to the large number of pedestrians and vehicles in the area.”

Officials estimated that there were 1,400 people in the area and around the intersection of the Daniel K. Inouye Highway and Mauna Kea Access Road.

“At 1:40 p.m., Hawaiʻi Island Police responded to a call of a disorderly male creating a disturbance at Puʻu Huluhulu,” the state reported. “60-year-old Derek Higa of Waimea was arrested without incident.”

The Hawaiʻi Island Police Department says vehicles parked on the pavement were moved after an advisory was sent out. “The department appreciates the compliance, because this is a safety issue,” a state media release stated. “They will continue to monitor the area.”

The 100th Battalion, 442nd Infantry Regiment, a reserve Army unit, has arrived in Hawaii County for training. They are not in any way affiliated with the Hawaii National Guard, or the Thirty Meter Telescope project.

Meanwhile, multiple lawsuits are challenging the state on its emergency proclamation, its use of police officers from Honolulu and Maui, and other Mauna Kea issues.

On July 18, the Native Hawaiian Legal Corporation – on behalf of Paul Neves – filed suit against Governor David Ige, objecting to his July 17th Emergency Proclamation due to the situation on Mauna Kea. A hearing on that is set for July 22 at 1 p.m.

Also, E. Kalani Flores – through attorney Peter S.R. Olson, with the law firm Olson & Sons – filed a lawsuit requesting a temporary restraining order and preliminary injunction “pertaining to the unauthorized use of police officers from the City & County of Honolulu and the County of Maui to facilitate the construction of the Thirty Meter Telescope on Mauna Kea.”