MAUNA KEA, Hawaiʻi - Hollywood star Dwayne "The Rock" Johnson, who will portray King Kamehameha the Great in an upcoming film, was on Mauna Kea on Wednesday. 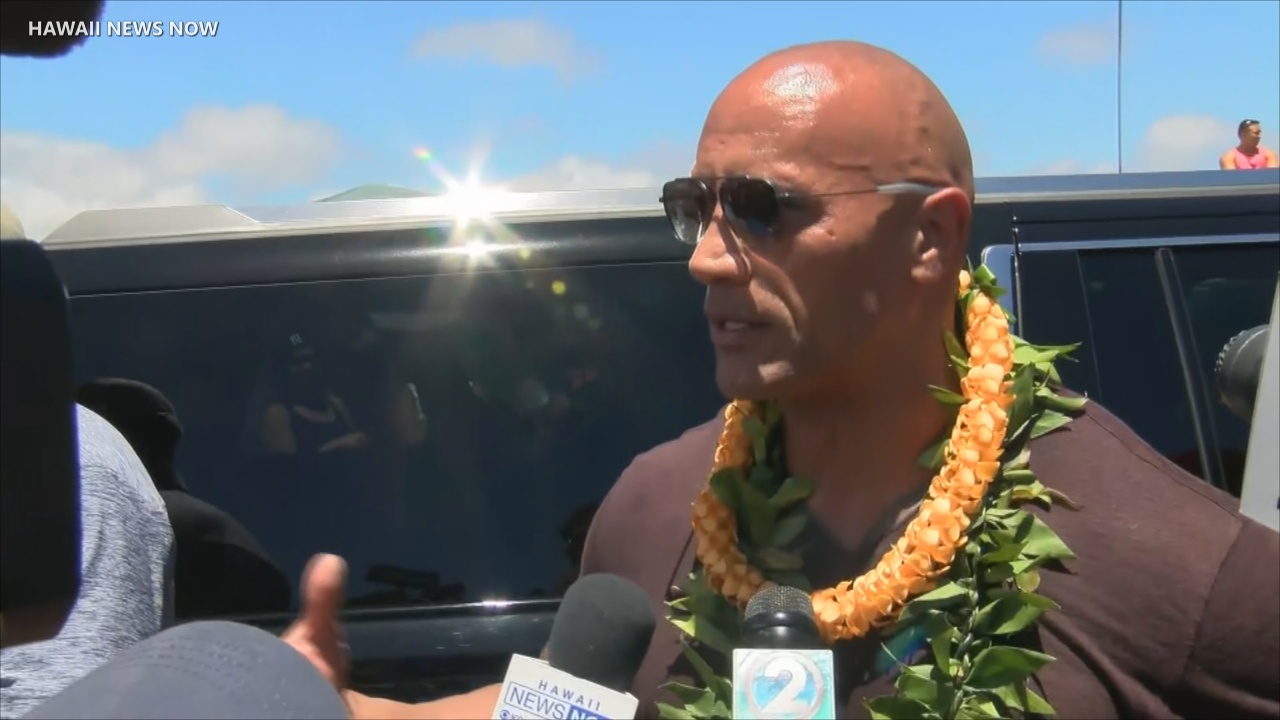 (BIVN) – Hollywood actor and former WWE champion Dwayne “The Rock” Johnson made a surprise visit to Mauna Kea on Wednesday, where he met with the leaders of the opposition to the Thirty Meter Telescope.

Johnson, who grew up on Oʻahu, was guided around the encampment by Kahoʻokahi Kanuha and the Royal Order of Kamehameha, and was greeted by kūpuna at the base of the Mauna Kea Access Road with Hawaiian protocols.

Today was day 10 of the scheduled start of construction of the TMT, but despite having all the necessary approvals, the project has been unable to gain access to the mountain due to the passionate opposition that is blocking the only access road.

The visit was characterized as a surprise. Johnson made no mention of his plan to stop by the encampment on social media beforehand.

The Rock also took some time to speak with the media.

“It’s beautiful, it’s inspiring,” The Rock said, surrounded by microphones. “You know, we always say there’s aloha spirit, there’s mana, that we have here in the islands. And that’s something that I always carry with me around the world. I always tell people that around the world… you have to come here to experience it.”

“But coming specifically here to Mauna Kea,” Johnson said, “obviously, I’ve been following this for years now – more so as everything has been amping up more recently – but when you come here to Mauna Kea you realize it bigger than a telescope. It’s humanity. It’s a culture. It is people, Polynesian people, who are willing to die here to protect this land. This very sacred land.”