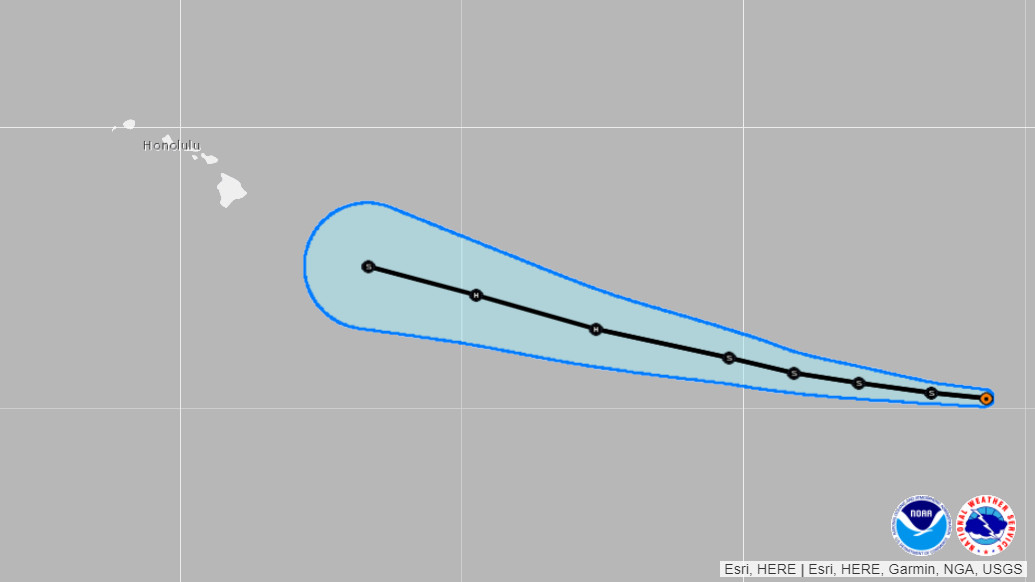 HONOLULU, Hawaiʻi - The storm could near the islands late next week, "but it is too early to pin down any impacts with confidence," forecasters say. 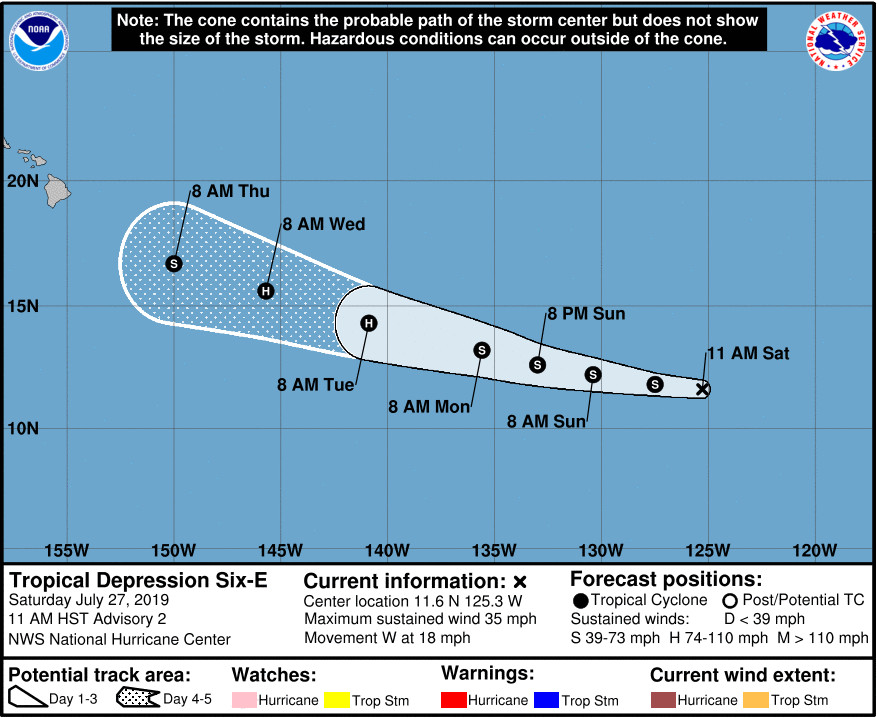 (BIVN) – Tropical Storm Erick has formed in the Eastern Pacific and appears to be headed in the direction of the Hawaiian islands.

“The official forecast brings this system near the islands late next week, but it is too early to pin down any impacts with confidence,” stated the National Weather Service in Honolulu at 9:40 a.m. HST.

Behind Tropical Storm Erick, there is “an area of low pressure accompanied by disturbed weather is located a few hundred miles south of Acapulco, Mexico,” the National Hurricane Center reported. “Conditions are favorable for development, and a tropical depression is expected to form early next week while the system moves generally westward at 15 to 20 mph.”

This discussion was issued by the NHC at 11 a.m., just before the system strengthened into a tropical storm:

The depression has not changed in organization since earlier this morning. GOES-17 visible imagery suggests that the depression’s center is embedded within an elongated northeast-to-southwest oriented trough, yet the cyclone also has a central area of convection and some convective banding. The initial intensity remains 30 kt based on Dvorak estimates of T2.0 from TAFB and SAB. It should be noted that just-received ASCAT data suggests the possibility the system is at tropical storm strength, and if this is confirmed a Tropical Cyclone Update will be issued before the next advisory.

A strong mid-level high is centered over the U.S./Mexico border, with the flow on its southern periphery pushing the depression quickly westward with a motion of 280/16 kt. The ridging is not expected to break down much during the forecast period, thus the cyclone is expected to maintain a westward or west-northwestward motion through day 5, with perhaps some slowing of its forward speed. The track models are tightly clustered, although most of them lie south of the previous official forecast. The new forecast has therefore been adjusted southward, but it lies along the northern edge of the guidance envelope.

Vertical shear is expected to be low for at least the next 4 days, with sea surface temperatures ahead of the cyclone being generally between 27 and 29 degrees Celsius. Therefore, strengthening is anticipated, although the trend could be gradual in the short term while the cyclone attempts to form a more symmetric circulation. The updated NHC official intensity forecast lies close to the IVCN model consensus, bringing the system to tropical storm strength by tonight and then to hurricane strength on Tuesday. If the circulation becomes more well defined sooner, then the cyclone could strengthen a little more than indicated in the forecast, as suggested by the HWRF and HCCA models.