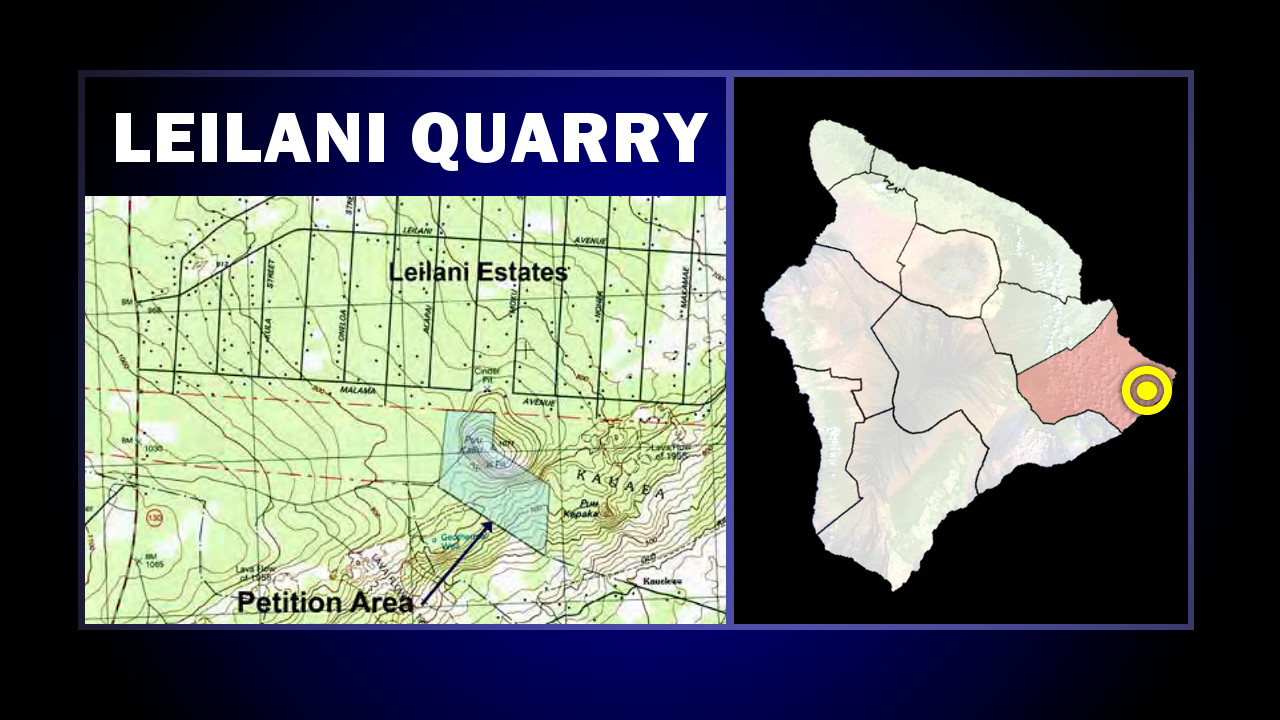 graphic by BIVN, with project location map taken from Figure 1 of the EIS preparation notice

PUNA, Hawaiʻi - Sanford's Service Center, Inc. is looking to amend the state land use district boundary from conservation to agricultural for 94 acres in Puna in order to expand mining operations.

(BIVN) – An Environmental Impact Statement preparation notice has been issued for a planned mining operation expansion in Puna, right next to Leilani Estates.

Sanford’s has already been conducting mining and quarrying operations on a 30-acre portion of the 94-acre petition area, allowed under non-conforming Conservation District Use Permits issued by the Board of Land and Natural Resources in April of 2008.

The company has been producing “a low-density type of blackcolored cinder that is highly valued by the nursery industry,” the EIS preparation document says. “However, Sanford’s Service Center is unable to expand its operations due to the 2011 amendment to the Conservation District Rules such that mining and quarry operations are no longer identified land uses in the Conservation District Limited Subzone.”

The 94-acre petition area is part of a larger 694.5 acre “parent” property belonging to Kamehameha Schools. Currently Sanford’s Service Center has a license from Kamehameha Schools to perform mining activities in a 73.075-acre portion of the property.

According to the EIS prep:

Lease conditions prohibit the modification of the Puʻu Kaliu summit. 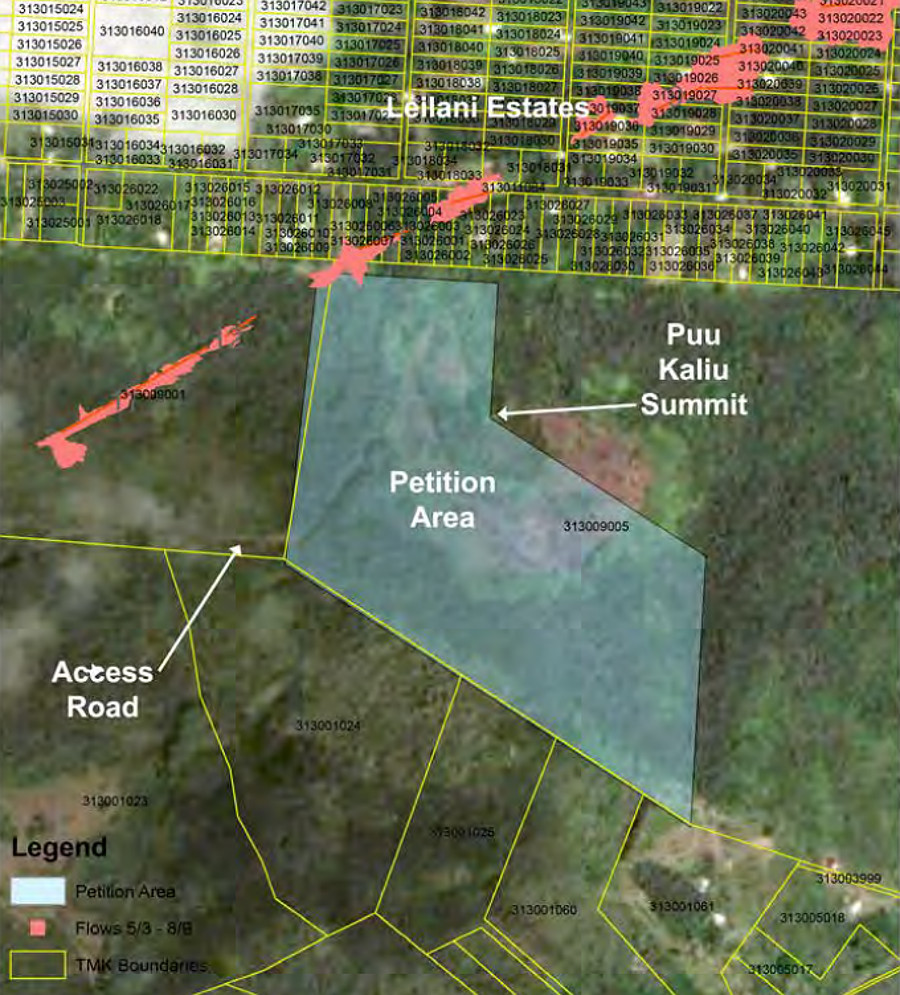 The project will also be examined in the context of last summer’s lower East Rift Zone eruption of Kīlauea Volcano (proximity to fissures shown in the map above, taken from the EIS notice). The document states:

Geologic conditions impose no substantial constraints on the proposed project. While the Petition Area is affected by earthquakes and lava flows, being located within the East Rift Zone of Kilauea volcano, the mining activity utilizes equipment that would not vulnerable to major earthquakes, and would be easily removed if threatened by lava flow inundation. The quarrying equipment is mobile, and can quickly be relocated to a safe area in the event of threat from lava flow inundation. Generally, all equipment on site can be mobilized in a short period of time. Lava flow inundation would obstruct mining only temporarily, as equipment could be returned to the site after hazards diminish.

The question of whether the proposed project is feasible and safe given the close proximity to the 2018 eruption should be seriously considered. Fissure 8 is only about 0.7 mile away from the Petition Area, however, the Petition Area was never impacted by lava inundation, apart from a small area located in the northwest corner. During the eruption, activities at the Sanford’s Leilani Quarry were halted temporarily because of poor air quality. Because the proposed activity is industrial, makes use of almost no permanent structures, requires very little infrastructure, and rapid evacuation of personnel and equipment is feasible, quarrying in this area is an appropriate activity and could be viewed as relatively more fitting of the location than other uses that require fixed structures, utilities, and infrastructure. Due to the site’s proximity to the lower East Rift Zone, Sanford’s Service Center is developing an evacuation plan that will be detailed in the DEIS.

The Draft EIS will also evaluate whether noise due to ongoing mining activities have the potential to impact sensitive receptors nearby, the document states.