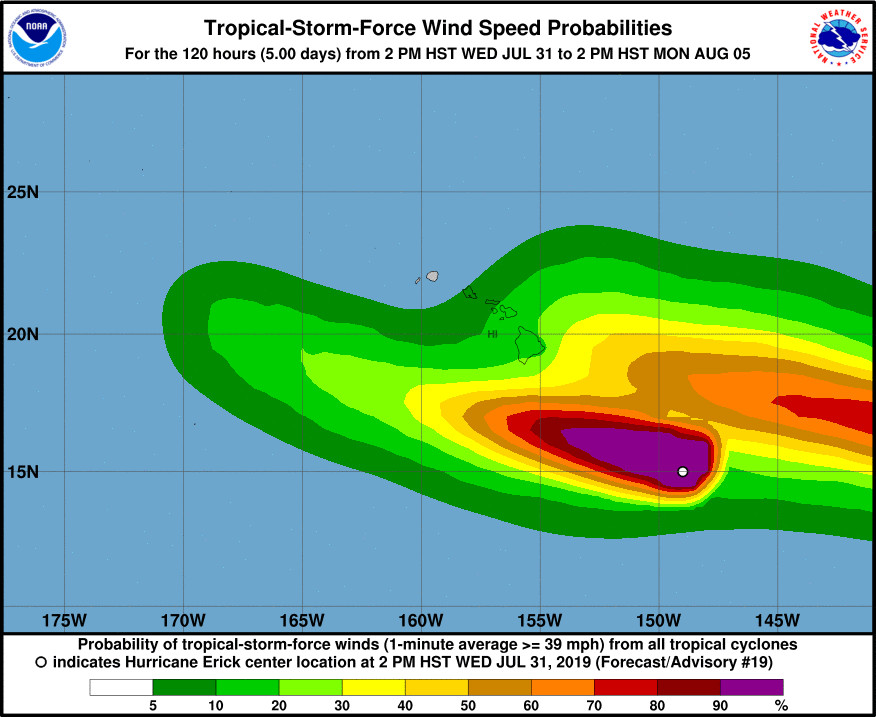 (BIVN) – At 5 p.m. HST, the center of Hurricane Erick was located 480 miles southeast if Hilo, and moving toward the west near 14 mph.

Erick is a category 2 hurricane with maximum sustained winds near 105 mph (165 km/h) with higher gusts. The storm is forecast to slowly weaken during  the next 48 hours, the Central Pacific Hurricane Center says.

“Wet weather will spread from east to west across all islands Thursday into the weekend as Erick passes just south of the state Thursday and Friday,” the National Weather Service in Honolulu reported.

A Flash Flood Watch will be in effect for Hawaiʻi Island from Thursday afternoon through Saturday morning.

A High Surf Warning is also in effect for east-facing shores until 6 p.m. HST Thursday. The National Weather Service expects surf to rise overnight exceeding advisory levels by daybreak, with warning level surf of 15 to 20 feet expected through the day. 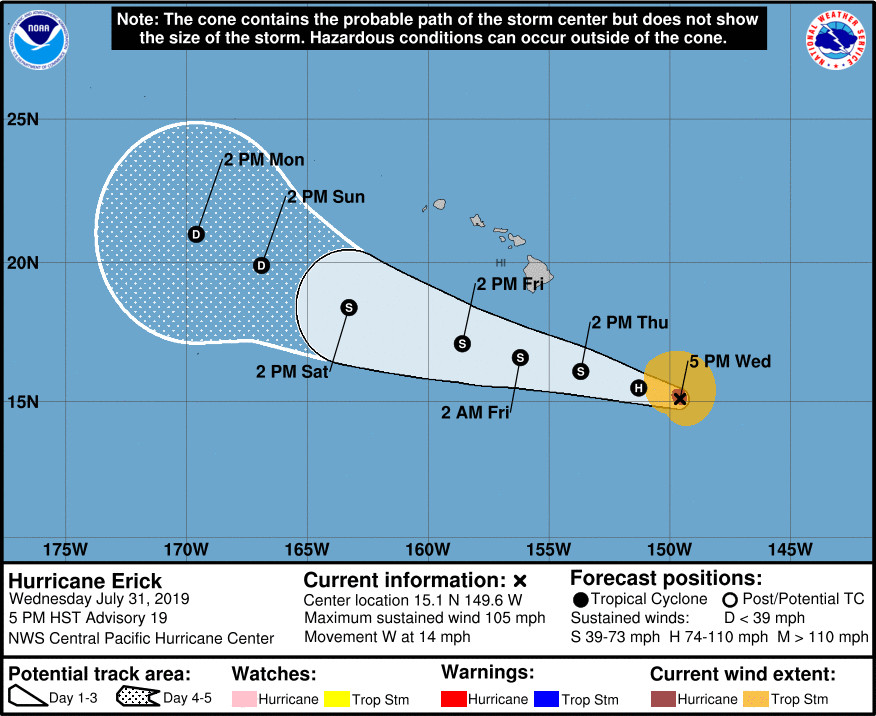 The Central Pacific Hurricane Center wrote this in its 5 p.m. discussion:

Hurricane Erick is slowly weakening as seen in recent satellite imagery with the eye becoming cloud filled. Subjective Dvorak current intensity estimates from all fix sites came in at 4.5/77 kt. The initial intensity estimate for this advisory has been decreased 90 kt which may be a big generous. Erick continues moving slightly north of due west with little change in forward speed. The initial motion estimate for this advisory is 280 degrees at 14 mph.

Track guidance remains tightly clustered through 72 hours with some divergence in the guidance on days 4 and 5. The latest forecast track has changed little from the previous forecast through 72 hours with a slightly north of due west motion expected as a strong subtropical ridge remains north of the main Hawaiian Islands. The track forecast for days 4 and 5 has been adjusted slightly to the left of the previous forecast which is in line with most of the reliable model guidance.

The intensity guidance remains consistent indicating a gradual weakening trend through the entire forecast period. This is due to an upper trough just north of the main Hawaiian Islands which is inducing southwesterly wind shear over the system. The UW-CIMSS vertical shear magnitude is currently 22 kt from the southwest. As the system continues moving toward the west-northwest, the shear is forecast to increase with Erick weakening to a tropical depression in about 96 hours.

Meahwile, Flossie – once a hurricane but now a topical storm – is 1,775 miles east of Hilo, and moving toward the west near 16 mph. 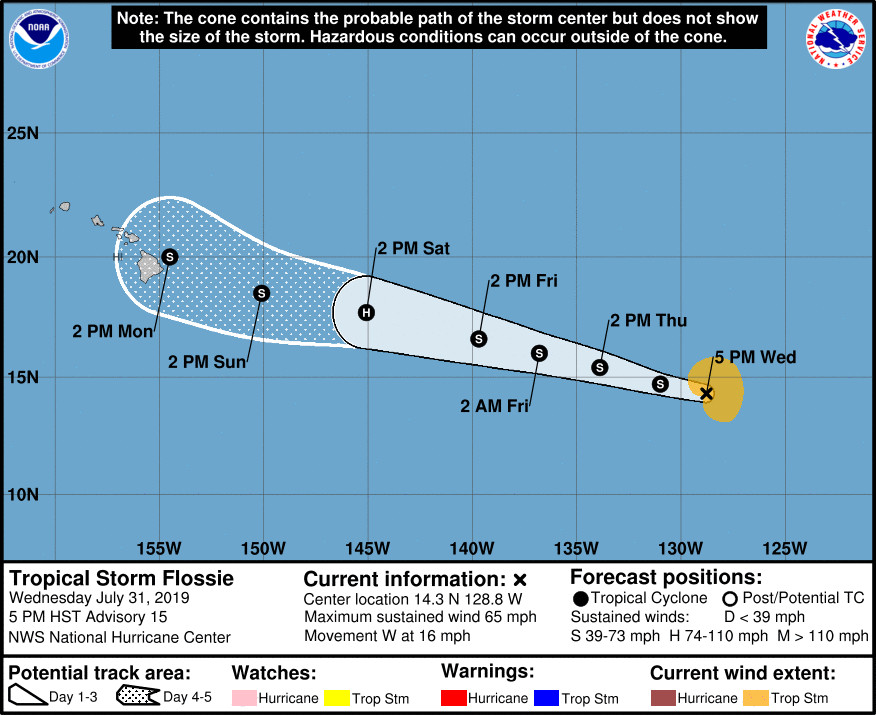 “Maximum sustained winds have decreased to near 65 mph (100 km/h) with higher gusts,” the National Hurricane Center reported at 5 p.m. HST. “Little change in strength is forecast during the next 36 hours, followed by some strengthening later this week.”