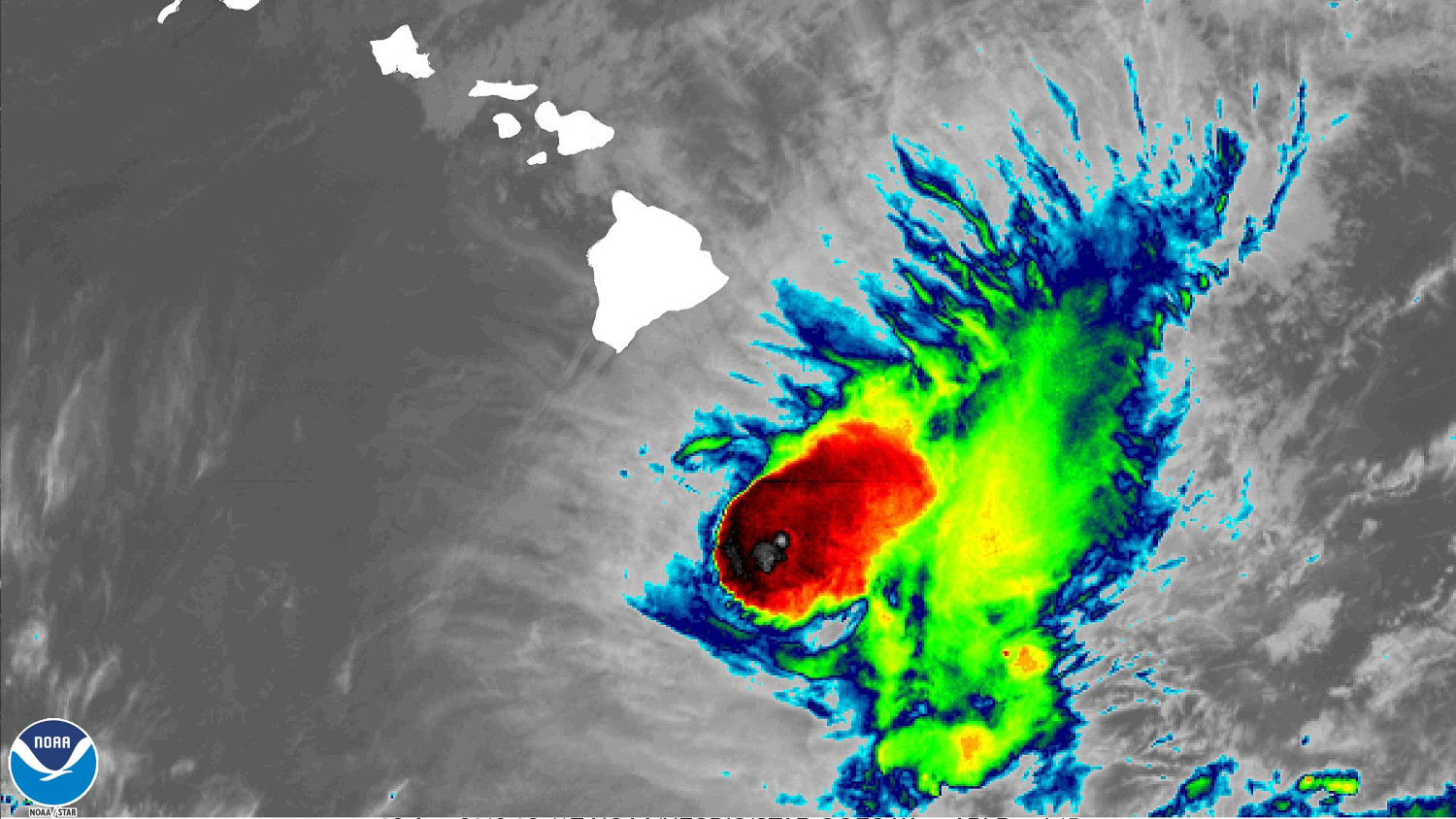 HAWAIʻI ISLAND - Tropical Storm Erick is weakening south of Hawaiʻi, where the center of the storm is expected to pass within about 200 miles south of the Big Island tonight.

(BIVN) – Erick is now a tropical storm and is rapidly weakening 265 miles south of Hilo, Hawaiʻi.

“Maximum sustained winds are near 70 mph (110 km/h) with higher gusts,” the Central Pacific Hurricane Center reported at 5 p.m. “Significant weakening is forecast during the next couple of days, and Erick is expected to weaken to a tropical depression by Sunday.”

“Southwesterly vertical wind shear of around 30 kt has been taking a toll on Erick today,” the Honolulu-based hurricane forecasters said. “Deep convection in the core of the tropical cyclone has collapsed, revealing an exposed low-level circulation center.” 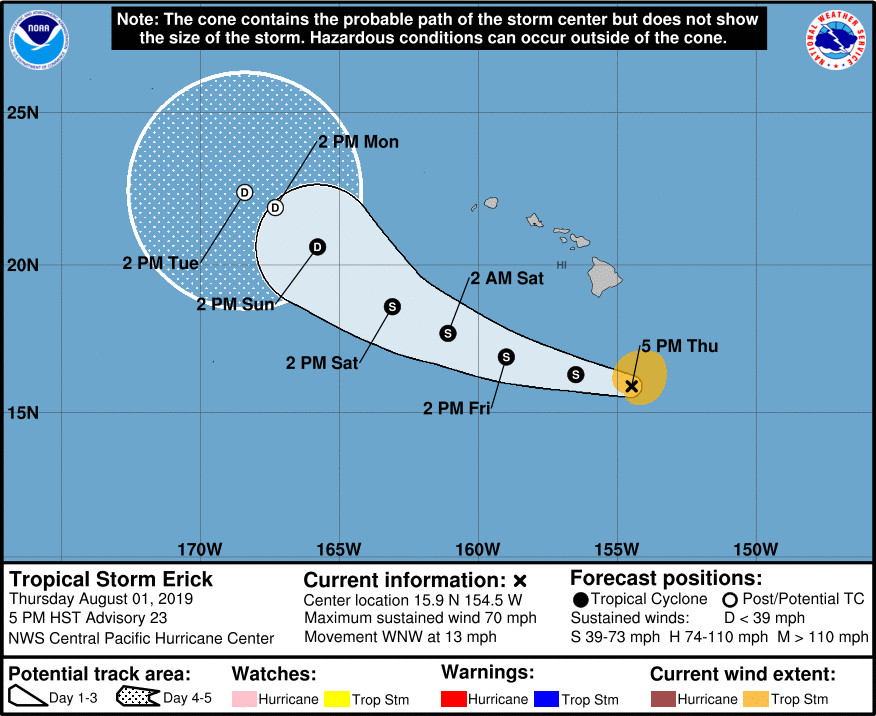 The center of Erick is expected to pass within about 200 miles south of the Big Island tonight.

The following warning and advisories are in effect for Hawaiʻi Island:

Flash Flood Watch: Deep tropical moisture associated with Erick “will support an increasing threat for heavy rainfall and flash flooding over the southeast and east facing slopes of the Big Island,” the National Weather Service says. Flood prone areas may become impassable due to fast flowing water or deep ponding.

High Surf Warning: Surf along east-facing shores will be 15 to 20 feet, decreasing to 10 to 15 feet Friday.

Wind Advisory: East winds of 25 to 35 mph, with gusts to 45 mph, will be possible for most of the Big Island. Winds this strong are capable of downing trees and causing power outages, forecasters say.

“Be aware that hurricanes are erratic and can change speed, direction and intensity quickly,” Hawaiʻi County Civil Defense said in a noon message.

Later this weekend through early next week, forecasters say Tropical Storm Flossie will approach and could bring additional impacts to the islands. As of 5 p.m., Flossie was a little stronger, with winds up to 70 mph. 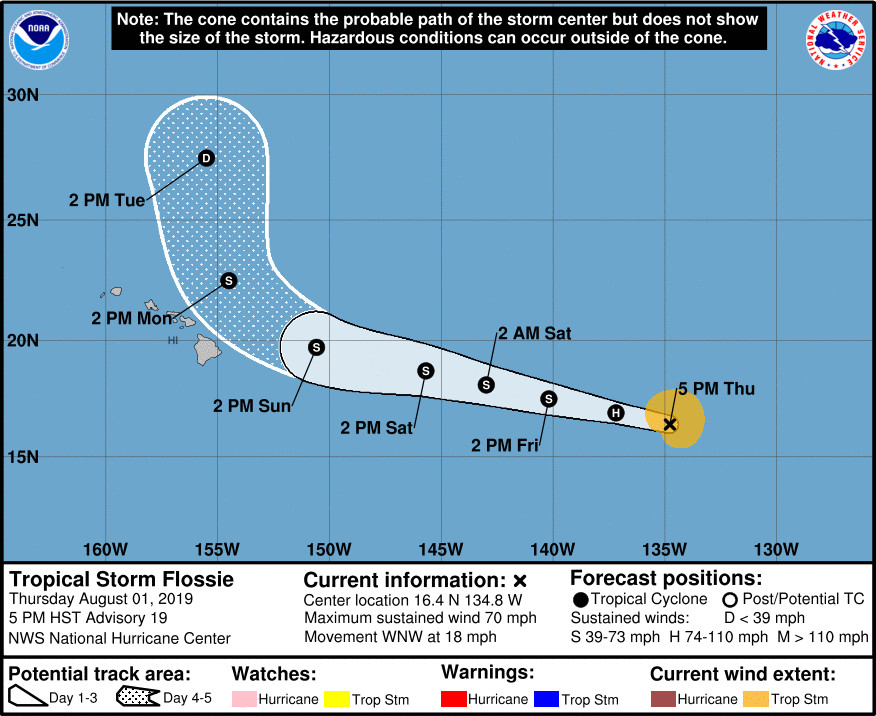 “Flossie has the potential to become a hurricane overnight before a gradual weakening begins by late Friday,” the National Hurricane Center reported at 5 p.m. “On the forecast track, Flossie should cross into the Central Pacific basin Friday afternoon.”