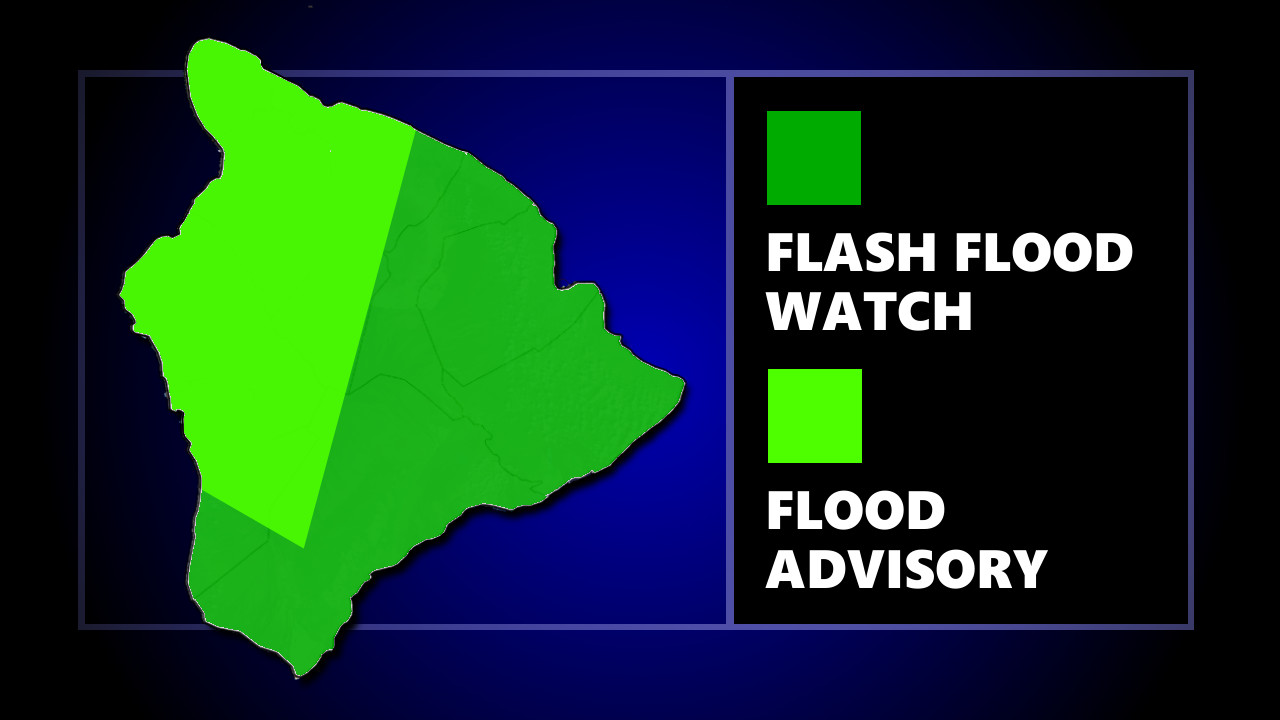 At 1:10 p.m. HST, radar indicated heavy rain over the South Kohala district. “Rain was falling at a rate of 1 to 2 inches per hour,” the forecasters said. “Additional heavy rain will be possible over the North Kohala and north and south Kona districts through the afternoon.”

Locations in the advisory include but are not limited to Kailua-Kona, Waipio Valley, Hawi, Honaunau, Waimea, Kawaihae, Kahaluu-Keauhou, Kealakekua, Kapaau, Puako, Captain Cook and Puʻuanahulu.

(BIVN) – The National Weather Service in Honolulu has issued a Flood Advisory for an area of North Kohala until 2:15 p.m. HST.

At 11:14 a.m. HST, “radar indicated nearly stationary heavy showers near Upolu Point and Pololu Valley,” the forecasters reported. “Rain was falling at a rate of one to two inches per hour.”

Locations in the advisory include but are not limited to Pololu Valley, Kohala Ranch, Hawi, and Halaʻula.

Meanhwile, a Flash Flood Watch remains in effect for the entire Hawaiʻi Island.

The Flash Flood Watch is expected to be in place through this afternoon.