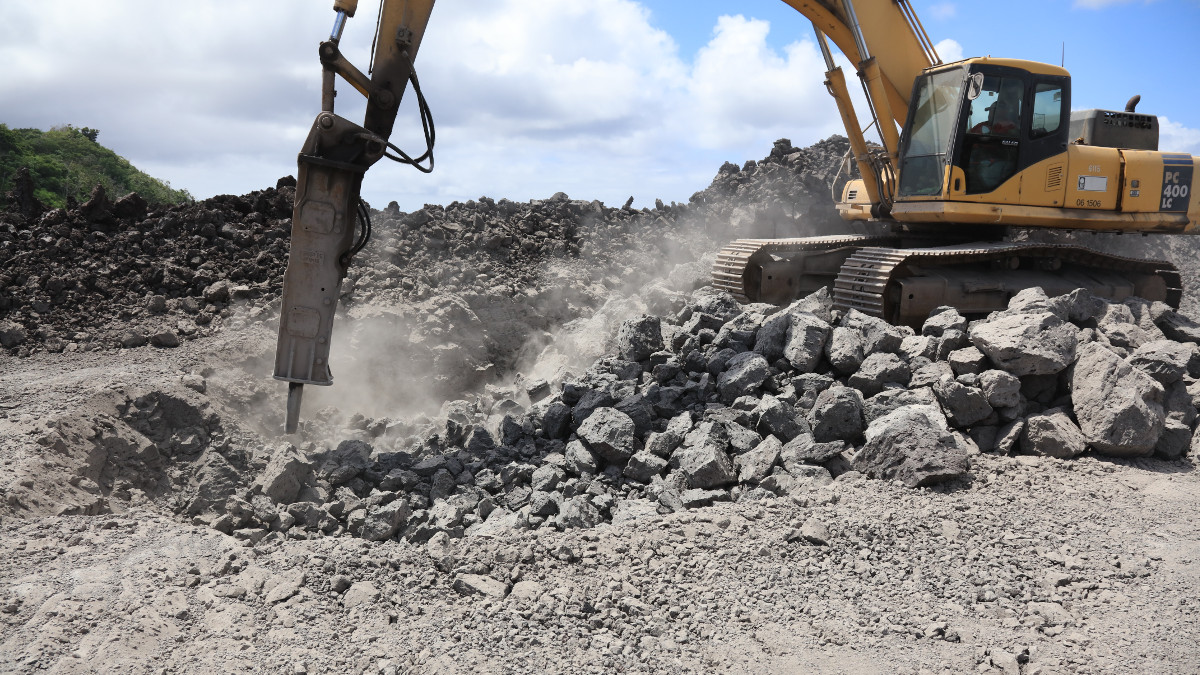 PUNA, Hawaiʻi - USGS geologists are documenting rock layers exposed in the road cut, noting the density, vesicularity and temperatures of the lava and in the voids. 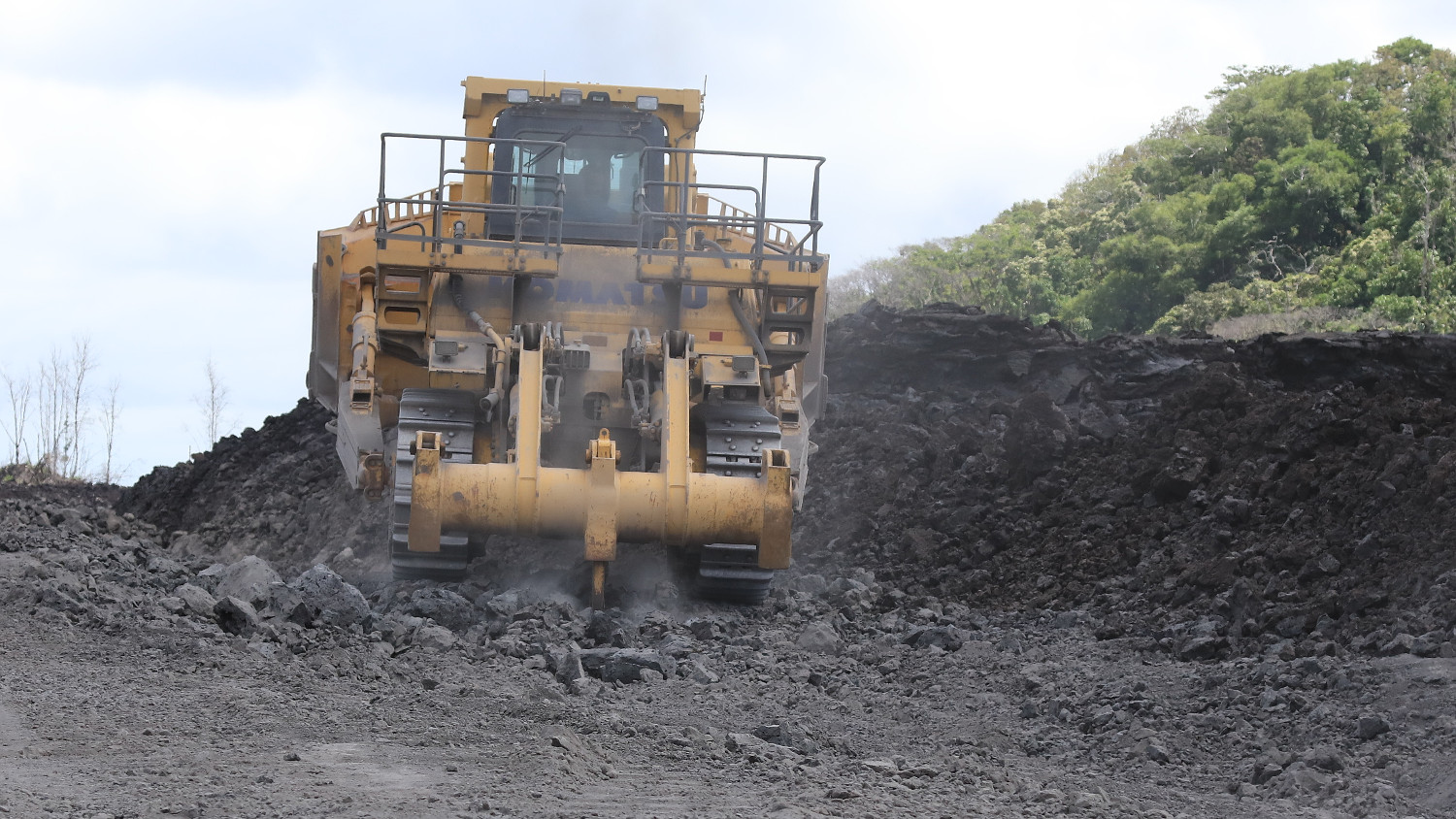 (BIVN) – As crews work to restore access over the lava-inundated Highway 132 in Puna, scientists are following close behind, making observations.

On Wednesday, August 7, USGS Hawaiian Volcano Observatory geologists “measured temperatures and documented the rock layers” that were exposed as sections of Highway 132 were “ripped” by road crews working to establish the temporary road.

The highway was buried deep in lava that erupted from fissure 8 in Leilani Estates during the 2018 lower East Rift Zone eruption. 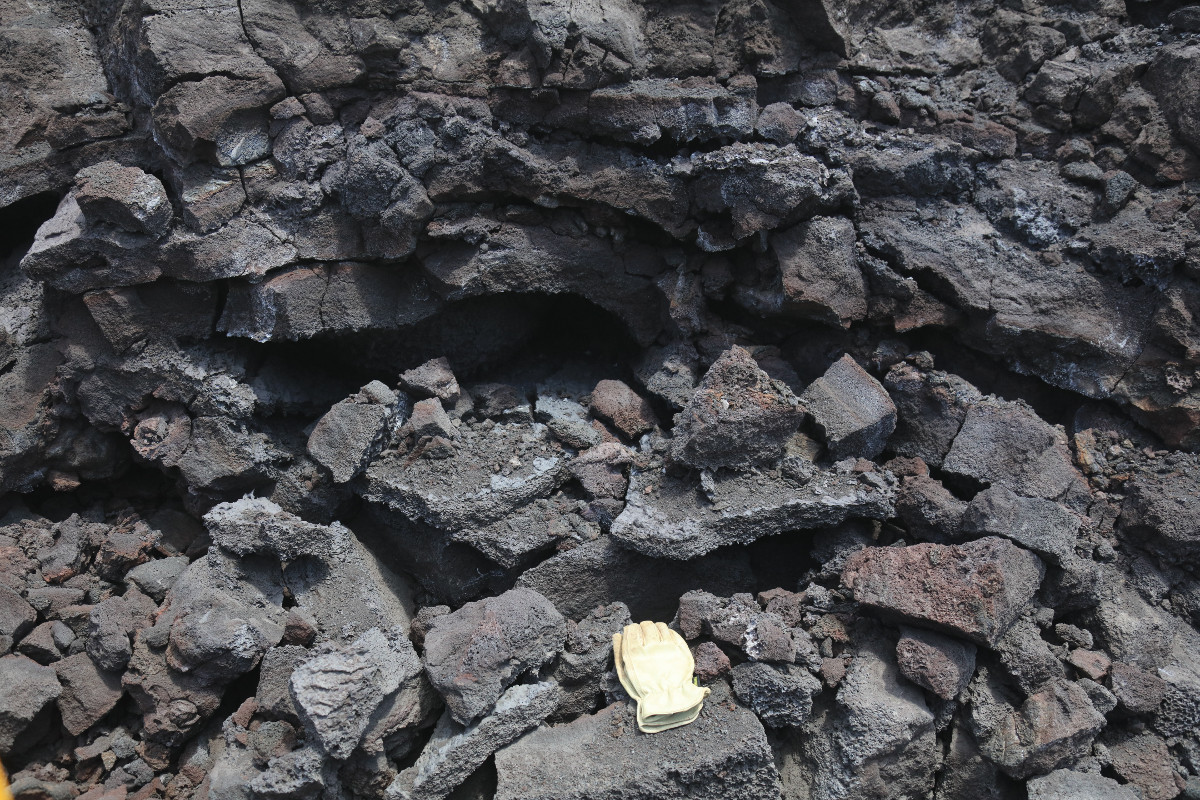 Using a thermal camera to measure the temperature of rock exposed in this road cut, HVO geologists determined that the void (in center of image above the glove) in this pāhoehoe flow was 300 degrees Celsius (around 570 degrees Fahrenheit). USGS photo by C. Parcheta.

“In places, the rock is incredibly dense and has to be slowly broken apart,” HVO wrote in an image caption that was posted to its website on Friday. “This dense rock is interpreted by HVO geologists to be some of the last lava that erupted and solidified within the fissure 8 channel. This dense rock has sheared and complex bubbles and lots of tiny olivine crystals,” scientists said.

The geologists noted that the “drill” bit used to hammer the rock into pieces “gets hot from the solidified lava, which is still at 400 degrees Celsius (752 degrees Fahrenheit), occasionally causing the bit to turn purple from the intense heat.”

Once they are pried from the ground, the boulders lose most of their heat over the course of a day, the scientists say. 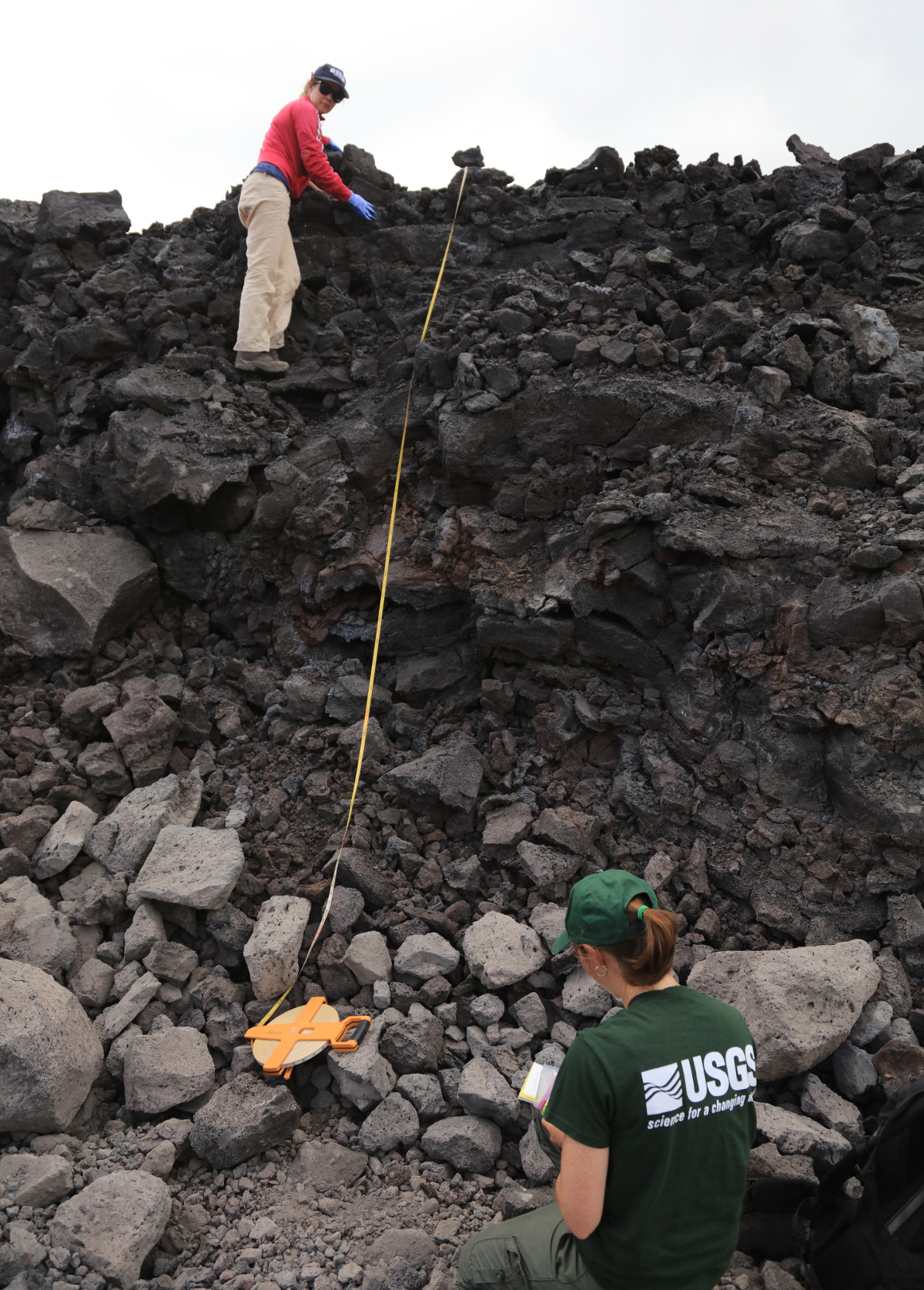 Hawaiʻi County officials say work on Highway 132 is proceeding and is on track to be completed by October 5, 2019, which is the deadline that must be met in order to qualify for 100 percent federal reimbursement of the project.

Highway 132 will be restored to Four Corners and from Four Corners to the end of the lava inundation on the Old Government Beach Road to provide connectivity, officials say.