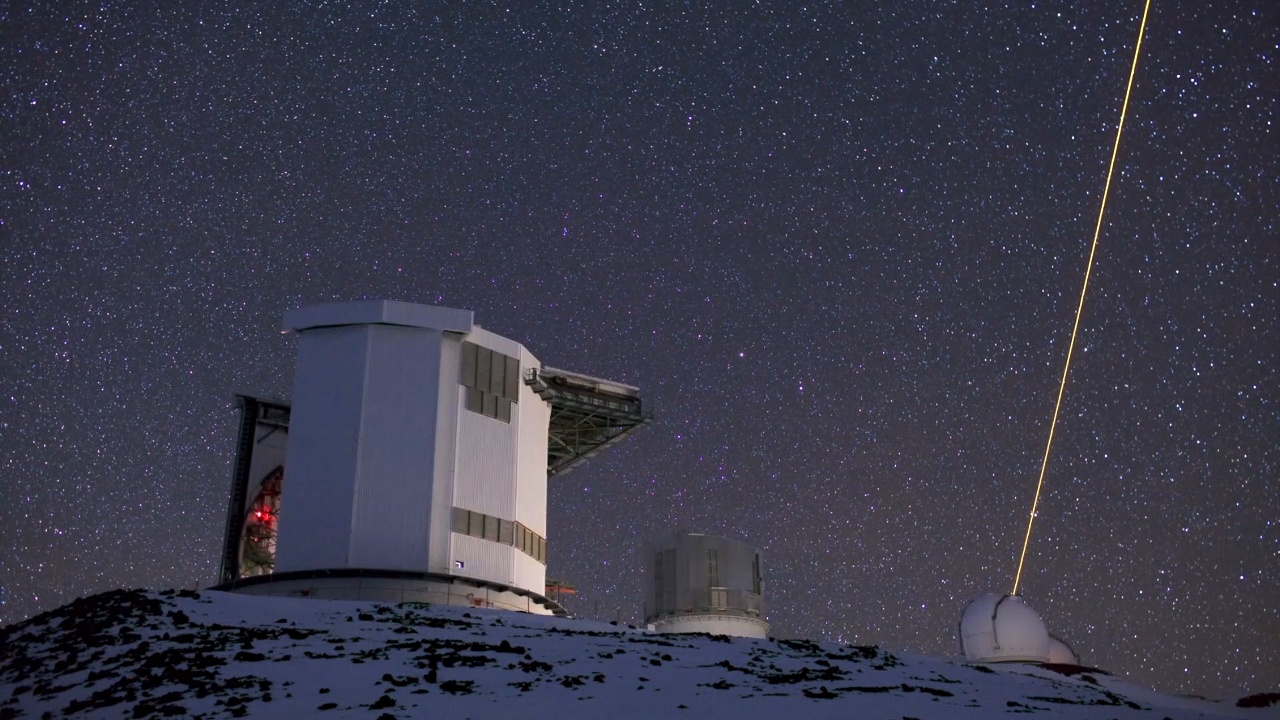 image from video by EHT

MAUNA KEA, Hawaiʻi - The Maunakea Access Road remains blockaded, yet the observatories have accepted the agreement reached between the state and the TMT opponents that will give them access to the summit.

(BIVN) – On Friday at noon, the existing Mauna Kea observatories announced that they will return to work after a four-week suspension. On July 16, the observatories shut down, and withdrew personnel off the mountain, as the standoff over the planned Thirty Meter Telescope was – at that time – in its first week.

The observatories appear to be accepting an offer that was previously on the table, but are calling it a temporary agreement, since the Mauna Kea Access Road is still closed.

“The Maunakea Observatories represent an invaluable sector for Hawai’i Island and our entire State – the economic impact, intellectual capital, educational resources and community support they provide is irreplaceable,” said Governor David Ige in a written statement that was distributed by the observatories. “The interim solution for access to the telescopes is a step forward but remains inadequate for the long term. The State remains committed to re-opening the Maunakea Access Road intersection as an immediate priority. The State stands behind the more than 500 employees’ efforts to bring the telescopes back online to begin astronomical observations again.”

The state closed the Mauna Kea Access Road on July 15, the day construction on the TMT was set to begin. But TMT opponents beat the construction crews to the road, and set up their own blockade that has been in effect ever since. Law enforcement has been unable to remove the opposition.

The Maunakea Observatories issued a news release in which astronomy officials explained how the operations, including scientific observations, will resume. It states:

The Maunakea Access Road remains blockaded. However, activists agreed, after the Emergency Proclamation was withdrawn, to allow all existing observatory employees, including astronomers, to access Maunakea using the Old Saddle Road and a section of unpaved lava. This route is unimproved and lined with tents, cars and people. However, pursuant to this agreement, on Wednesday, August 7, 2019 the state laid cinder and cones in an attempt to address safety concerns. The people blocking the road also agreed to allow larger vehicles to access Maunakea by going around the tent blockade. This means the vehicles will travel on the road’s shoulder.

The current process of gaining access to Maunakea requires the observatories to provide pre-arranged notification of all vehicles seeking access. To accomplish this, the people blocking the road will be provided a list of which vehicles are going up and when. This requires the observatories to contact the Office of Maunakea Management, which then contacts law enforcement, who then provides the list to the activists. The observatories are also aware that activists have been keeping a log of who goes up and down.

This arrangement — and the improvements made by the state to address safety concerns and ensure appropriate access for the observatories — constitutes progress. The observatories hope this process will allow them to return to as close to full operations as possible while the Maunakea Access Road remains blocked. However, the state, county and observatories remain committed to reopening the blocked Maunakea Access Road intersection to vehicular traffic so that access will be unimpeded and prior notification and/or approval by the protesters will no longer be necessary.

UPDATE: “The claims that [observatories] have not had access to this mountain are not true,” said Lanakila Mangauil at a 2 p.m. press conference held at the base of Mauna Kea, livestreamed by Puʻuhonua o Puʻuhuluhulu.

“They have had access to this mountain for well over a week,” Mangauil said. “We first offered an agreement as early as July 16, which they denied.”

“We are completely full of aloha, here,” Mangauil said, addressing observatory safety concerns. “Part of that agreement is that we have one vehicle a day access, to be able to have Hawaiian practitioners and kanaka maoli access this Mauna. “

“That is still an impediment on the constitutionally protected rights of kanaka maoli for unimpeded access onto our Mauna,” Mangauil added.

“The Maunakea Observatories thank the state and county for their statements of support for a continued vibrant astronomy sector in Hawai’i,” said Hilton Lewis, director of the W. M. Keck Observatory. “We are deeply committed to our community here on Hawai’i Island and are eager to get back to work at our telescopes as soon as possible, to resume the world-leading astronomy for which Hawaiʻi is renowned.”

The Observatories plan to send regular day crews back to the summit to prepare the telescopes to resume operations. During the prolonged shutdown, some instruments and systems were disabled to protect the health of the technology, so the restart process will vary in complexity from telescope to telescope. The Observatories hope to resume scientific observations as soon as possible.

This four-week suspension has been the longest period of time in the five-decade history of Maunakea astronomy that all telescopes have been simultaneously offline. Observatory employees — technicians, astronomers, instrument scientists and engineers alike — eagerly anticipate a return to the daily work they love. The international community, of which these telescopes are a part, also eagerly awaits the return of their vital partner.

This is a breaking news story and it will be updated.