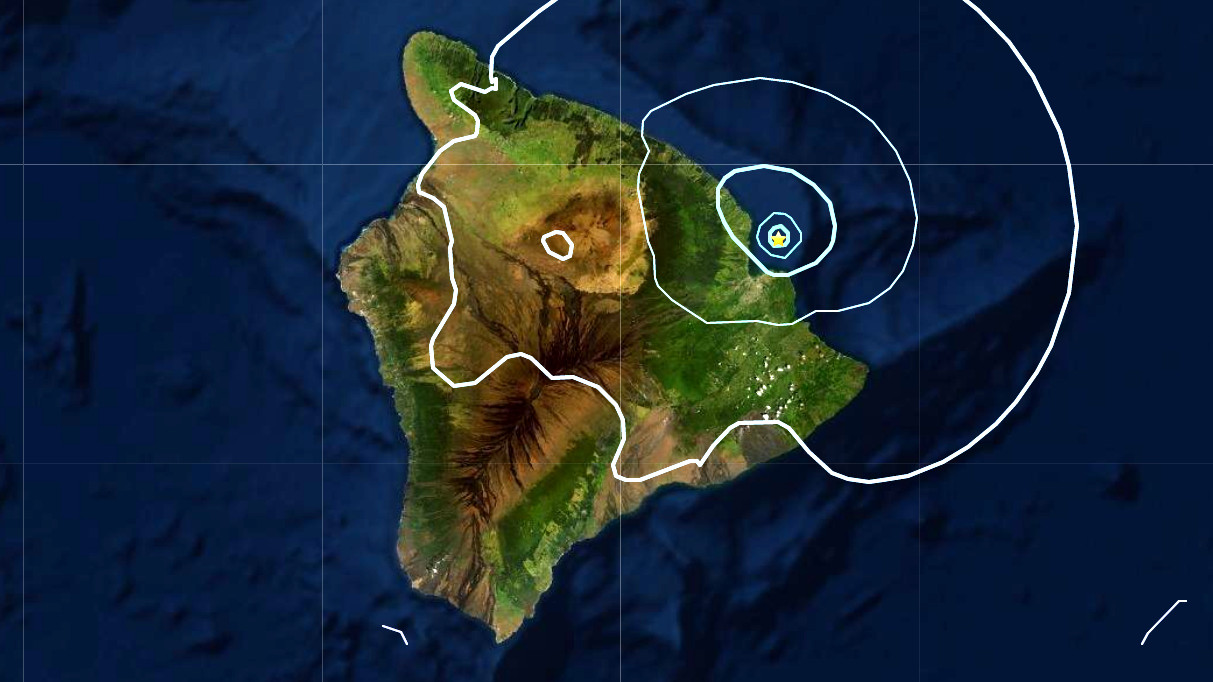 The earthquake was located offshore, nearly 5 miles east of Papaʻikou, at a depth of 2 miles.

The Pacific Tsunami Warning Center reported the earthquake was not large enough to cause a tsunami for the Island of Hawaiʻi.

“As in all earthquakes, be aware of the possibility of after-shocks,” Hawaiʻi County Civil Defense said in an alert message. “If the earthquake was strongly felt in your area, precautionary checks should be made for any damages; especially to utility connections of Gas, Water, and Electricity.”

The earthquake was centered about 7 km (4 mi) east of Papa‘ikou at a depth of 42 km (26 mi). A map showing its location is posted on the HVO website.

Moderate shaking, with maximum Intensity of V, has been reported across the Islands of Hawai‘i and Maui.  At that intensity, significant damage to buildings or structures is not expected. The USGS “Did you feel it?” service received over 280 felt reports within an hour and a half of the earthquake.

The depth, location, and recorded seismic waves of the earthquake suggest a source due to bending of the oceanic plate from the weight of the Hawaiian island chain, a common source for earthquakes in this area. Aftershocks are possible and could be felt.

According to HVO seismic network manager Brian Shiro, “HVO monitoring networks have not detected any significant changes in activity on Kīlauea or Mauna Loa volcanoes due to the earthquake.” According to the Pacific Tsunami Warning Center, there is no tsunami threat from this earthquake.