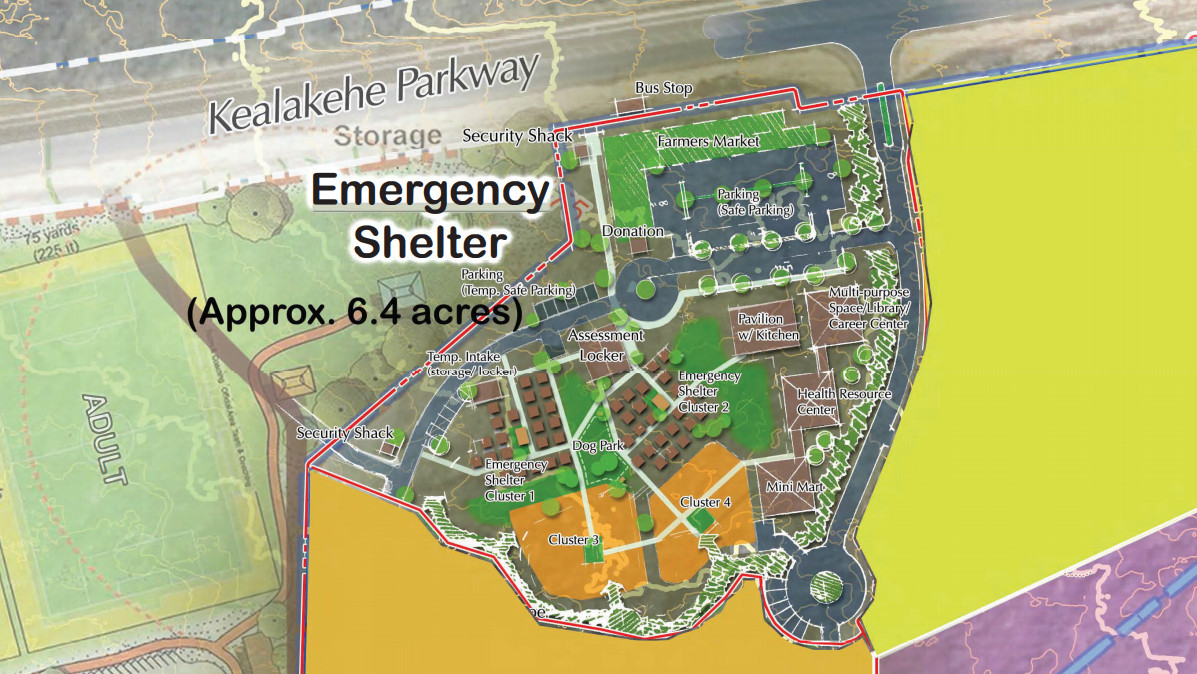 KEALAKEHE, Hawaiʻi - The County of Hawaiʻi is moving forward with plans to create a homeless emergency shelter and permanent supportive housing, as well as a HHFDC affordable rental housing. 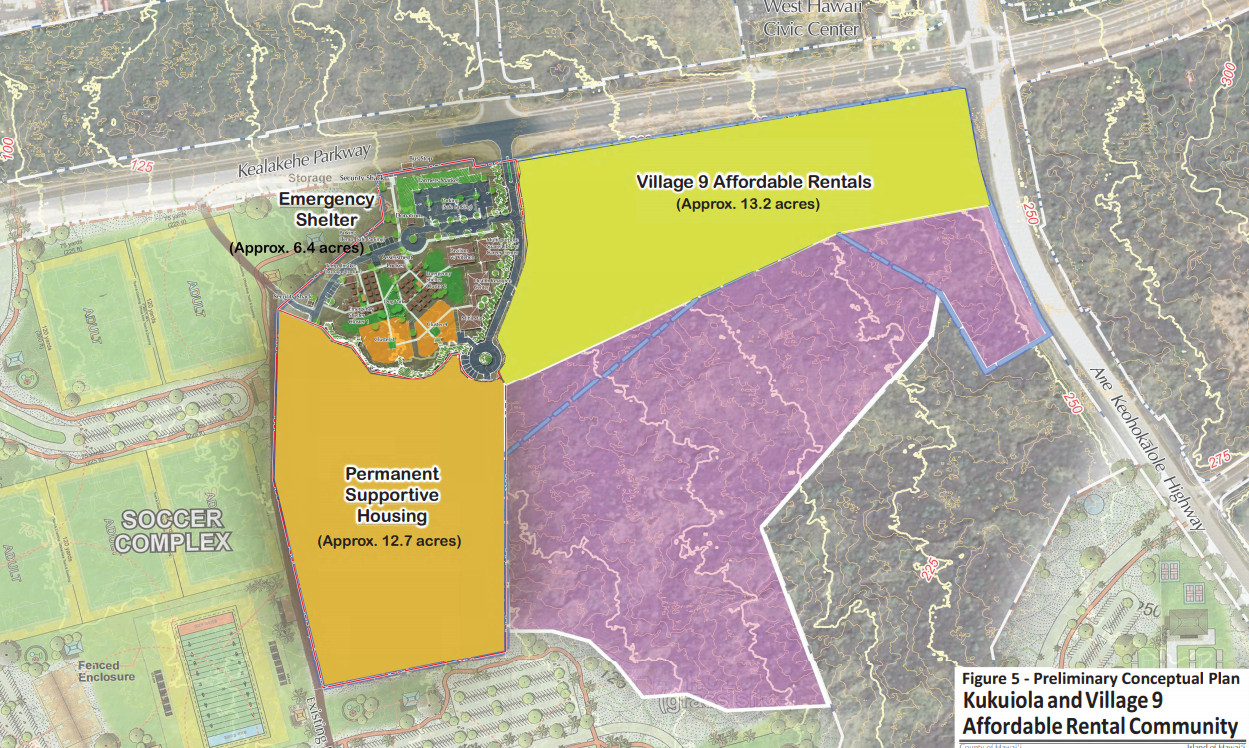 (BIVN) – A draft environmental assessment has been published for the 35.77-acre Kukuiola and the Village 9 Affordable Rental Community, planned for an undeveloped area within the master-planned Villages of La‘i ‘Ōpua in Kealakehe.

Kukuiola will “provide a space for a multi-organization/multi-agency approach to help reduce the number of homeless individuals and couples without children in the Kealakehe and greater North Kona region,” the EA says, while also providing social services and programs “to help transition emergency shelter individuals to permanent supportive housing and/or affordable housing programs to meet State and County homeless housing goals.”

The other component of the overall project, the HHFDC Rentals, will “increase the available affordable housing inventory in West Hawai‘i”, which is in large demand. It also aims to “create a community that helps grow the Honokōhau Village Transit Oriented Development district in harmony with the West Hawai‘i Civic Center, the adjacent Kukuiola housing community, and the future Kealakehe Regional Park.”

The 13.2-acre HHFDC component will include:

“The Site is State-owned ceded land that the Department of Land and Natural Resources (DLNR) transferred to HHFDC via Executive Order No. 4575,” the draft EA states. “Through a Memorandum of Understanding (MOU) with the County of Hawai‘i (“County”), HHFDC has agreed to lease approximately up to 20 acres of the Site to the County for 65 years upon completion of a master plan, environmental assessment, and subdivision. The Site is also known as Village 9 of the Villages of La‘i‘Ōpua, a master planned community of which the other “villages” have been conveyed to the Department of Hawaiian Home Lands (DHHL).”

Overlapping the project site are critical habitat areas designated by the U.S. Fish and Wildlife Service (USFWS). “The USFWS has entered into MOUs with the HHFDC and the County that sets forth the stewardship and protection requirements for the portions of critical habitats on their respective properties,” the draft EA says. The document includes the following:

A 30-day public review and comment period has started. Comments are due by September 9, 2019 and can be sent to this web address.