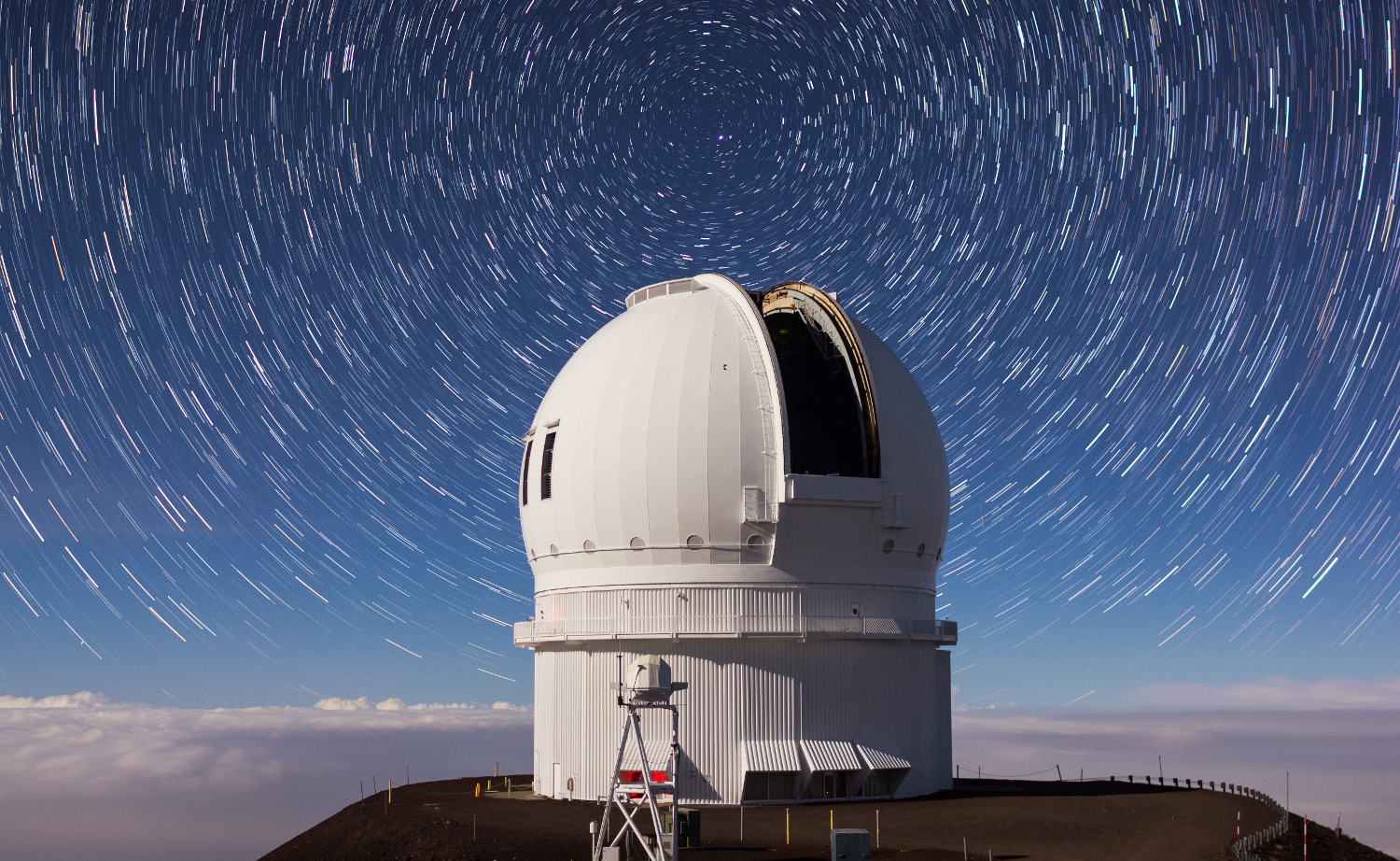 MAUNA KEA, Hawaiʻi - A critical observation was made using the Canada-France-Hawaii Telescope during its first night of return to operations.

(BIVN) – On August 11, the first night of the Maunakea observatories’ return to operations – the Canada-France-Hawaii Telescope got a look at a near-Earth asteroid (2006 QV89) and astronomers were able to rule out any “potential future impact threat to the Earth” during this century.

The existing astronomical observatories on Maunakea returned to operations this weekend, and it didn’t take long for a significant result to be achieved, not only for science, but for assuring the safety of the Earth.

Observations of the near-Earth asteroid 2006 QV89 made on August 11 with the Canada-France-Hawaii Telescope (CFHT) have ruled out any potential future impact threat to the Earth by this asteroid for the next century.

2006 QV89 was discovered on August 29, 2006, with a telescope in Arizona, and observations were only possible through September 8, 2006, when the asteroid became unobservable from telescopes on Earth. The orbit determined from these limited observations had significant uncertainty, and it was not possible to rule out the low probability of the asteroid impacting Earth in the future, possibly as early as 2019. Last month, observations with the European Southern Observatory’s Very Large Telescope (VLT) in Chile did not find the asteroid where it would have appeared if it was on a trajectory that would impact Earth this September. This ruled out an impact in 2019, but an impact for 2020 remained a possibility, along with nearly two dozen more over the next hundred years, with eight of those in the next decade.

“There is a big difference between knowing where a hazardous asteroid isn’t, and knowing where it is,” said David Tholen, astronomer at the University of Hawaiʻi’s Institute for Astronomy, who led the effort to recover 2006 QV89.

This summer provided the first clear opportunity to recover the asteroid since its discovery, but the uncertainty in its position on the sky spanned roughly 30 degrees (60 times the diameter of the moon) in mid-July, growing even larger as the asteroid approached the Earth. “That made the use of a large telescope with a wide-field camera absolutely essential,” noted Tholen. Only a fraction of that uncertainty region had been imaged with CFHT on July 14, but operations at the existing telescopes were suspended on July 16, due to the protest on Maunakea.

“We found at least a dozen asteroids in the July 14 data that fell close to the region where 2006 QV89 could have been, but the suspension of operations prevented us from confirming which, if any, of those objects was 2006 QV89,” said Tholen.

With access to the Maunakea telescopes blocked, Tholen enlisted the aid of Marco Micheli of the European Space Agency (ESO)’s NEO Coordination Centre in Frascati, Italy. Micheli is a UH graduate who led the effort to rule out the 2019 impact scenario with ESO’s VLT. He pointed a telescope in Spain at the position for the best of the candidate objects, but after two hours of data collection, the object at the predicted position could not be convincingly distinguished from electronic noise in the data. It came as a great relief to learn that CFHT would resume operations last weekend.

“Our highest priority target for Saturday night was the best 2006 QV89 candidate, and despite some thin cirrus clouds and a lot of moonlight, we needed only four minutes of data to obtain proof that we had found the right object,” said Tholen.

The International Astronomical Union’s Minor Planet Center announced the recovery to the world on Sunday, and the impact monitoring services at the Jet Propulsion Laboratory and the University of Pisa/SpaceDys in Italy immediately began crunching the numbers to update the impact predictions. A little over an hour later, Davide Farnocchia of Center of Near-Earth Object Studies at NASA’s Jet Propulsion Laboratory in Pasadena reported that all the impact scenarios for the next century had been eliminated.

“This result is only one example of the telescopes on Maunakea protecting Earth by observing and studying the asteroids that enter Earth’s neighborhood,” said Kelly Fast, manager of the Near Earth Object Observations Program in NASA’s Planetary Defense Coordination Office, which supported the observations.

Much in the same way that meteorologists use weather satellite imagery to track hurricanes to determine whether they represent a hazard to people and property, astronomers use telescopes to track asteroids near the Earth to determine whether they represent an impact hazard. “A different asteroid, 2019 NX5, got away from us while the Maunakea telescopes were shuttered, which is regrettable,” Tholen said. “We are relieved that we were able to catch 2006 QV89 before our window closed. We are even more relieved that it won’t impact the Earth.”