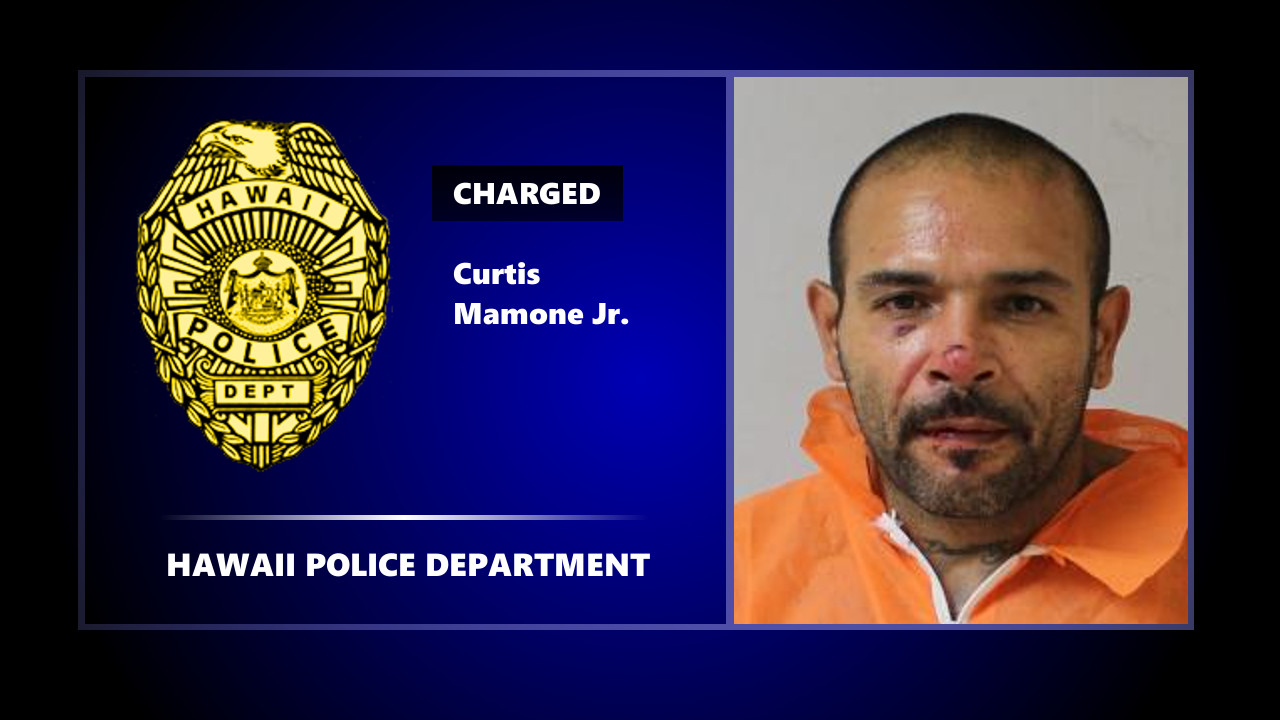 KEAʻAU, Hawaiʻi - A 27-year-old Puna man was stabbed multiple times during a confrontation with the 37-year-old suspect last Tuesday night.

This media release was issued on Monday:

Hawaiʻi Island Police have charged a 37-year-old Keaʻau man in connection with a stabbing that occurred in Ainaloa on Tuesday night (August 13).

At about 7:25 p.m., police responded to a reported stabbing in Puna and learned that the victim, a 27-year-old Puna man was stabbed multiple times during a confrontation with the suspect.

Police arrested Curtis Mamone, Jr., for suspicion of second-degree attempted murder and he was held in the police cellblock while detectives from the Area 1 Criminal Investigation Section investigated the incident.

The victim was transported to the Hilo Medical Center in serious condition and was treated for the stab wounds. He remained hospitalized and was upgraded to a stable condition.

On Thursday (August 15) after conferring with prosecutors, Mamone Jr. was charged with first-degree assault and one count of first-degree Terror Threat. His bail was set at $35,000 and he remains in custody pending his initial court appearance in South Hilo District Court, which is scheduled for Monday afternoon (August 19).

Police ask that anyone who may have witnessed the stabbing or have any information regarding this case to contact Detective Grant Todd at (808) 961-2381 or grant.todd@hawaiicounty.gov or call the police department’s non-emergency number at (808) 935-3311.