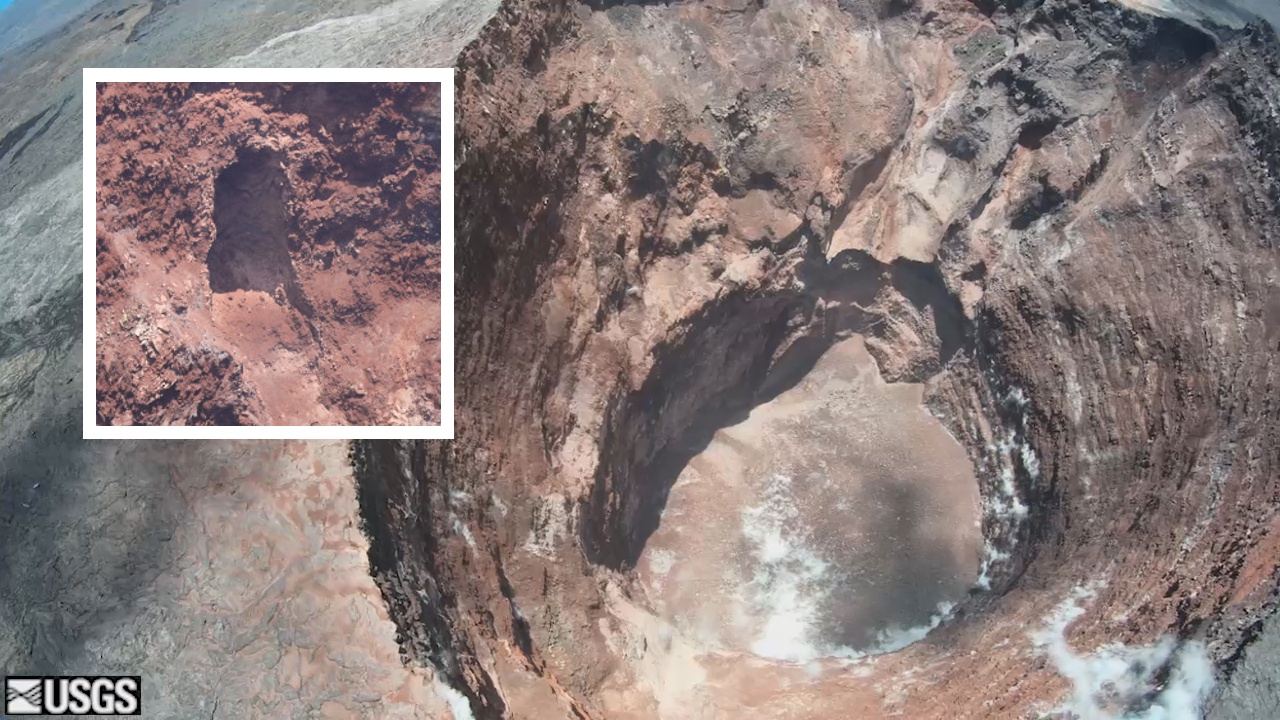 HAWAIʻI VOLCANOES NATIONAL PARK - Scientists say wonder if the hole is part of the conduit that fed episode 61 activity. 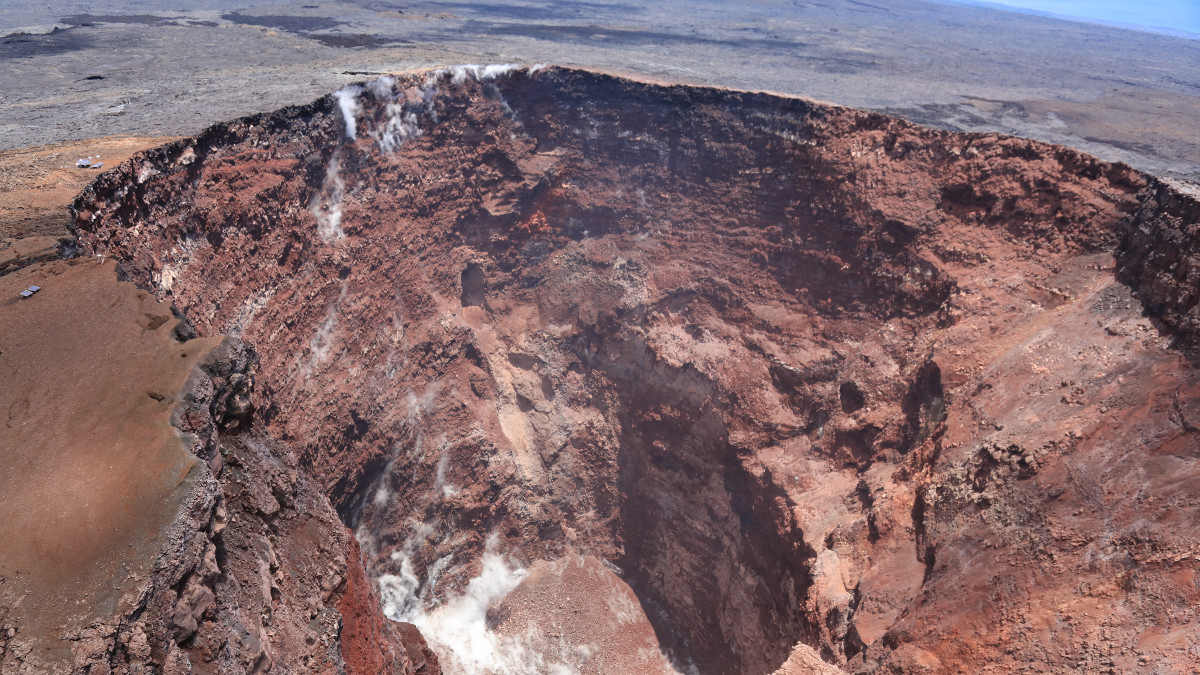 (BIVN) – During a recent overflight of the quiet Puʻu Ōʻō vent on Kīlauea Volcano’s East Rift Zone, the USGS Hawaiian Volcano Observatory got a good view of the drained crater, where a 35 year-long eruption came to an end last year.

“Rubble from crater wall collapses has filled in much of the deeper part of the crater, with the bottom now at about 250 meters (820 feet) below the east rim,” the scientists noted. They also noticed something new on the eastern wall of the crater: an exposed hole. 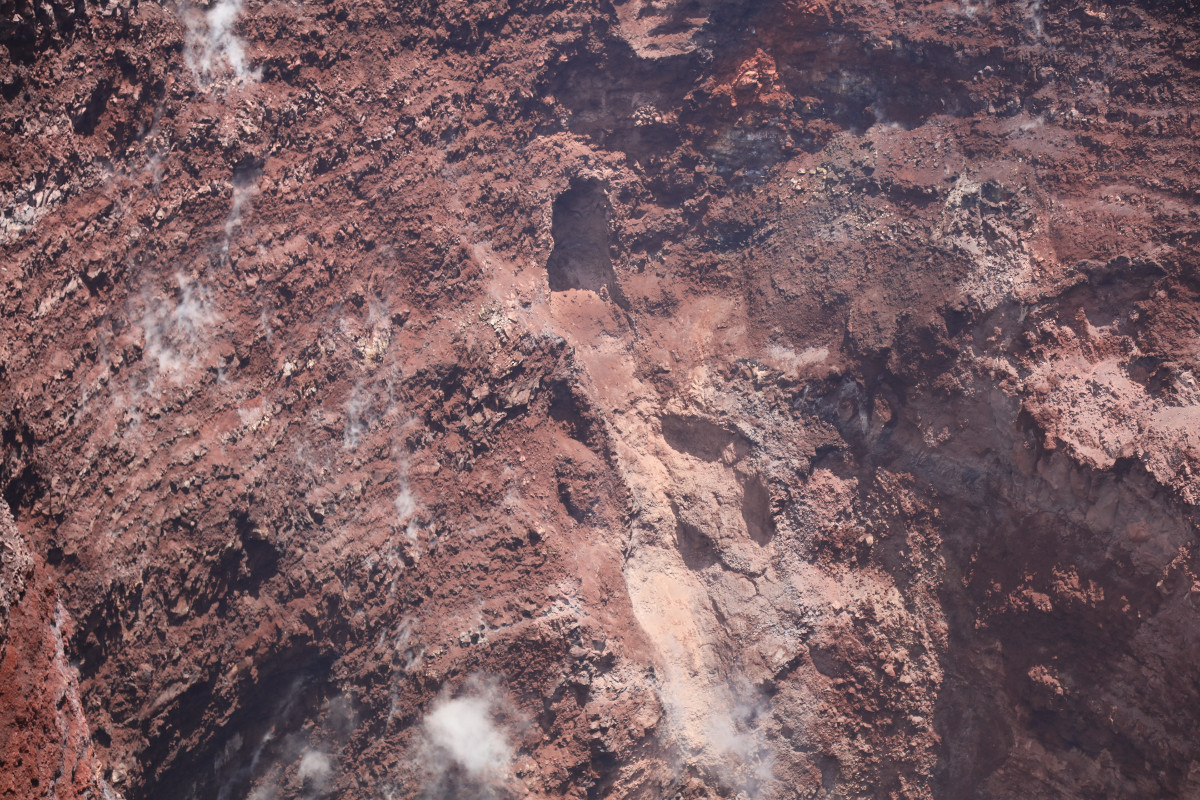 “It is unclear if this is simply a rockfall or collapse feature with a debris slope or if it is part of the conduit that fed episode 61 activity,” the USGS HVO wrote about the hole.

Those familiar wth the eruptive activity of Puʻu Ōʻō will remeber the 61 activity as the eruptive phase that followed the June 27 flow that threatened Pāhoa, and ended with a dramatic collapse that signalled the start of the destructive events in that devastated Leilani Estates and Kapoho on the lower East Rift Zone last year. The 61g event featured an ocean entry that included this lava hose, that captivated a world-wide audience.

Kīlauea Volcano is no longer erupting and “monitoring data continue to show steady rates of seismicity and ground deformation, low rates of sulfur dioxide emission, and only minor geologic changes since the end of eruptive activity in September 2018,” scientists say. 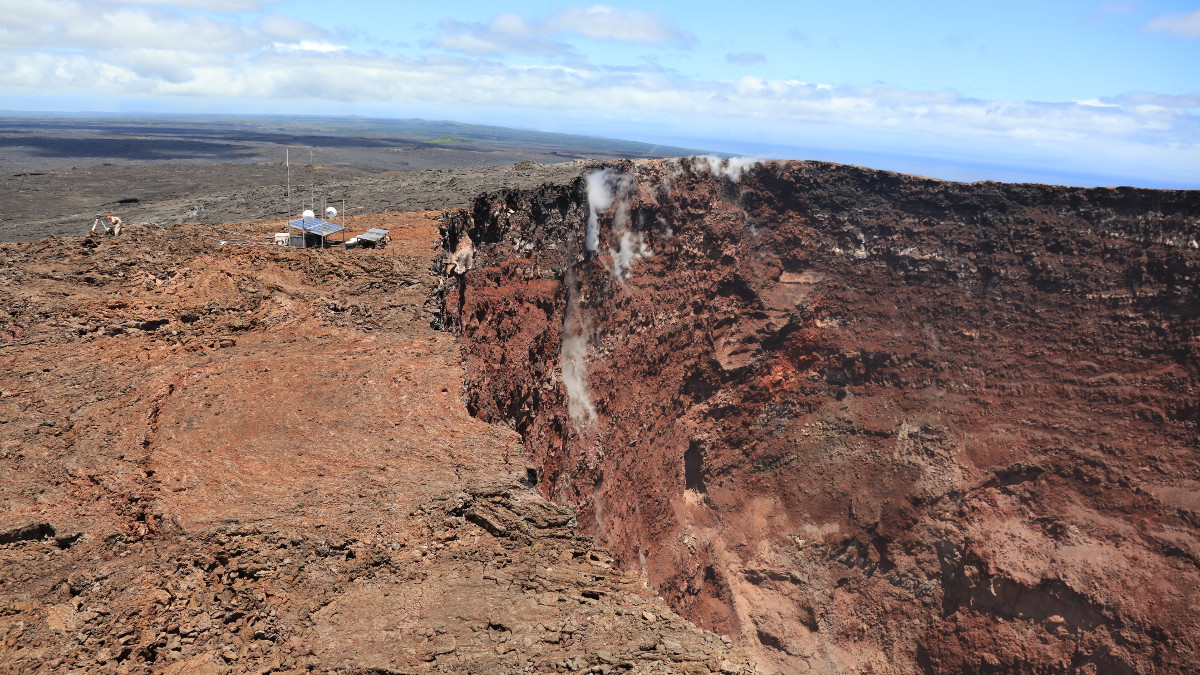