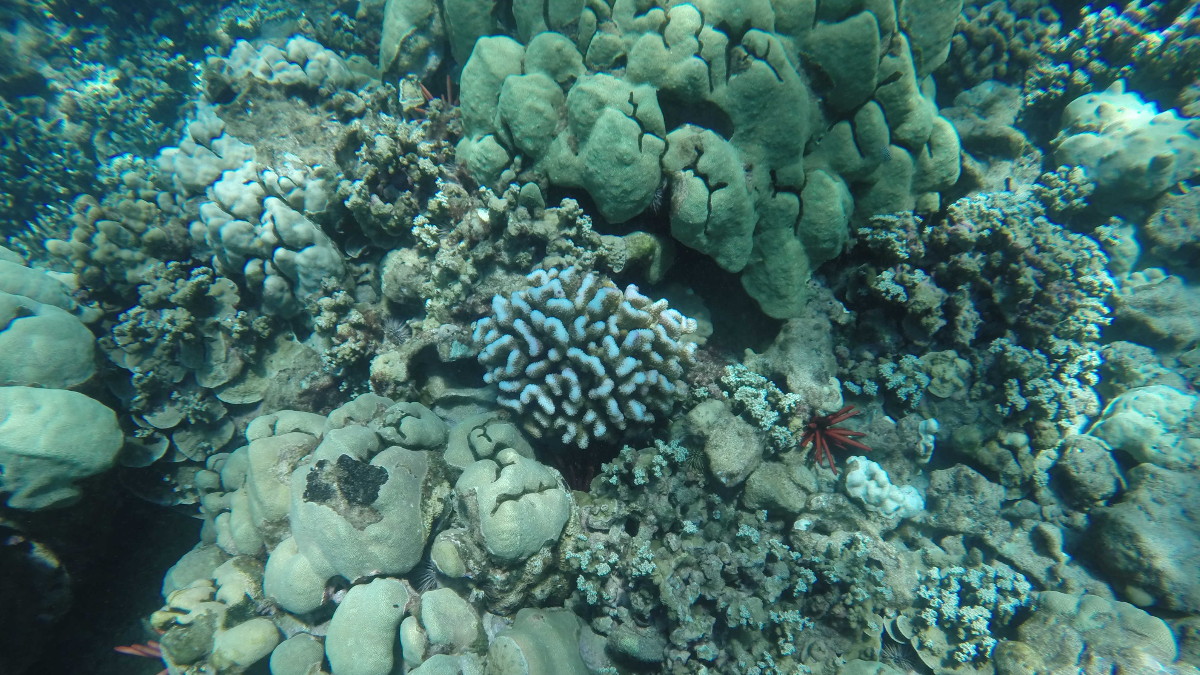 HAWAIʻI - Reefs off Maui Nui are showing impacts, the state reports, as a severe and widespread coral bleaching event is predicted to occur this year. 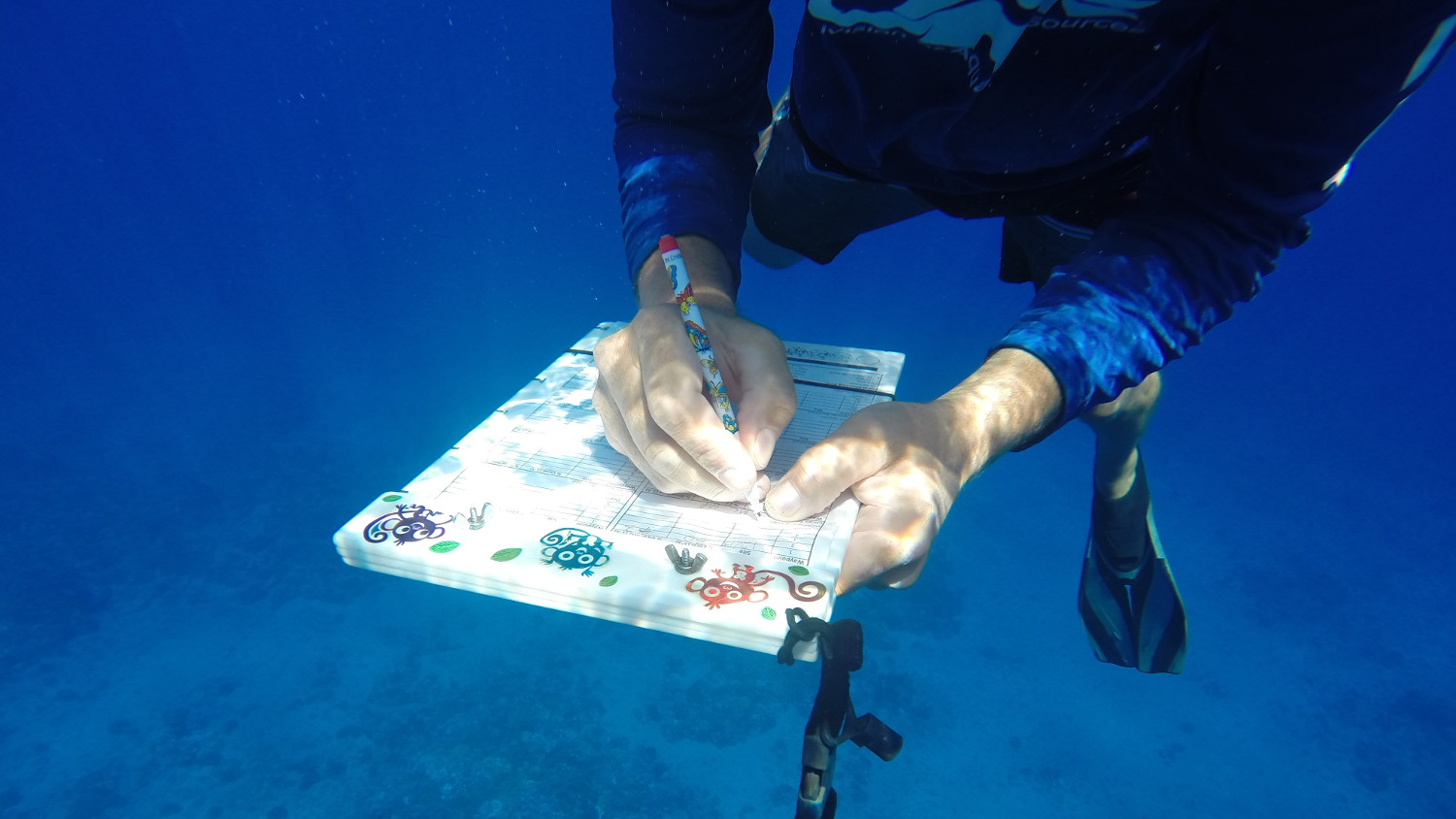 (BIVN) – The severe and widespread coral bleaching that was predicted to occur across the Hawaiian Islands one month ago is already underway, officials say.

As ocean waters heat up, a team working under the Hawaiʻi Department of Land and Natural has confirmed bleaching has already occurred in the reefs off Maui Nui.

The waters off West Hawaiʻi are also starting to see impacts. In Kahaluʻu Bay, keiki cauliflower corals were observed bleaching during a survey conducted in August.

“We’ve been watching these new corals grow and hoping that they would help to replenish what was lost in 2015,” the Kahaluʻu Bay Education Center wrote on its Facebook page. “With generous support from Silver Spiral Seas, our team was able to deploy 6 temperature sensors that will help us monitor and track coral bleaching in Kahaluʻu Bay. We look forward to sharing the data with the community and natural resource managers.”

The severe and widespread coral bleaching event predicted by the National Oceanic and Atmospheric Administration (NOAA) is already occurring along reefs across the state.

Last week, a team from the DLNR Division of Aquatic Resources (DAR) conducted a rapid assessment of coral health at Molokini and along Maui’s south shore from Makena to Maalaea.

Russell Sparks, a DAR Aquatic Biologist reported, “Molokini is composed of high percentages of the coral species, Montipora capitata, and we found roughly 50% of this coral already bleached or paling heavily.” The team found in waters off Makena, Wailea, and Kihei the percentage of corals showing bleaching currently at less than 10%. Sparks said that reefs in dirty water (closer to shore at Kalama Park and other areas in North Kihei) are doing better than in similar areas with cleaner water. This may be due to the shading effect of dirty water reducing some of the stress from direct sunlight on these corals. At Olowalu, routine monitoring in August did detect numerous Porities corals bleached and overgrown with turf algae.

Dr. Jamison Gove, a NOAA Research Oceanographer said, “Ocean temperatures remain well above average across much of the state. Areas along West Hawai‘i and Maui Nui are especially warm, as much as 3 – 3.5°F above typical summertime temperatures. Warm ocean temperatures are expected to persist in the coming weeks, likely worsening the coral bleaching that has recently been observed across the islands.” 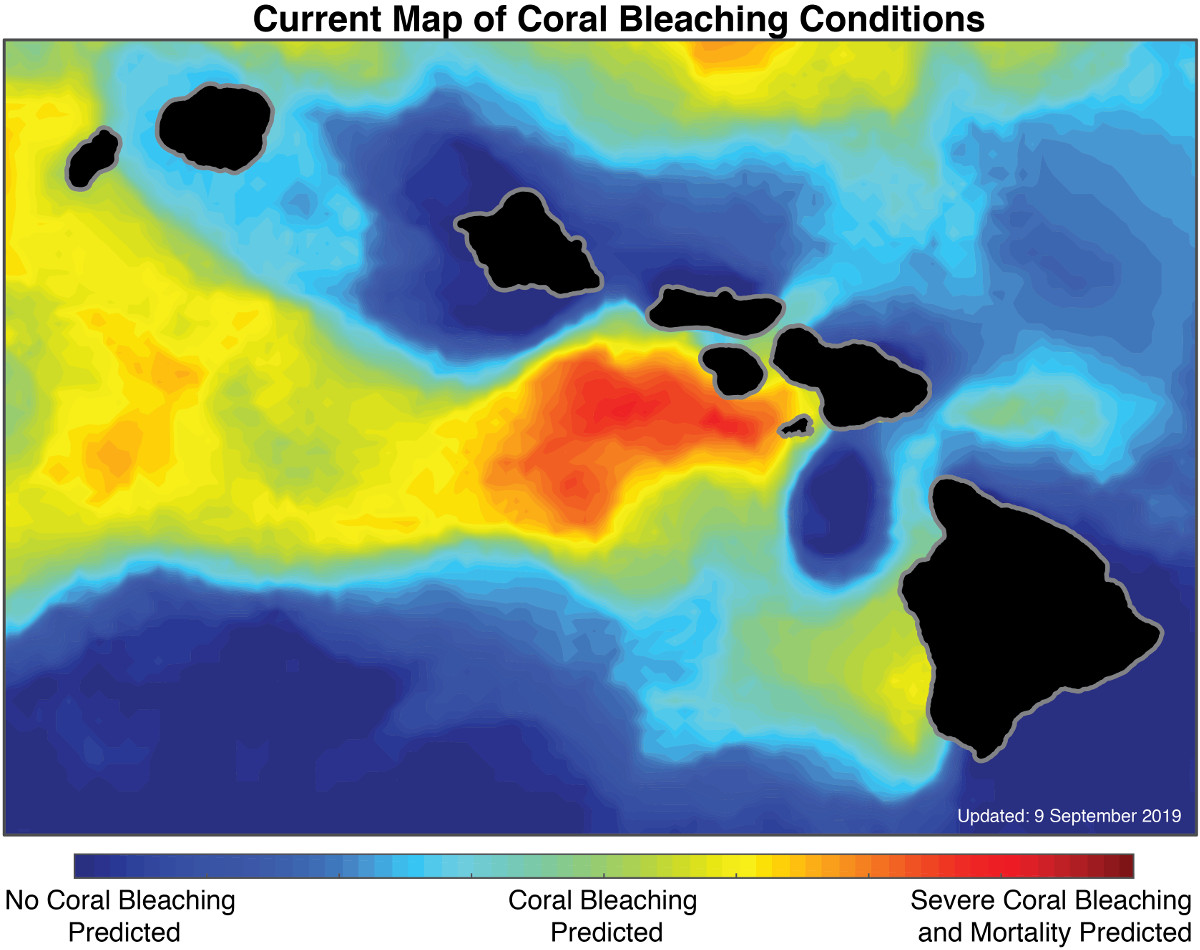 NOAA, DAR and the Arizona State University Center for Global Discovery and Conservation Science (ASU-GDCS) have joined forces to collaborate on coral reef science, conservation, and management in Hawai‘i. One of the outcomes of this partnership is the creation of a coral bleaching alert card, which depicts six, simple steps people can take to reduce any additional stress on corals during the current bleaching event. 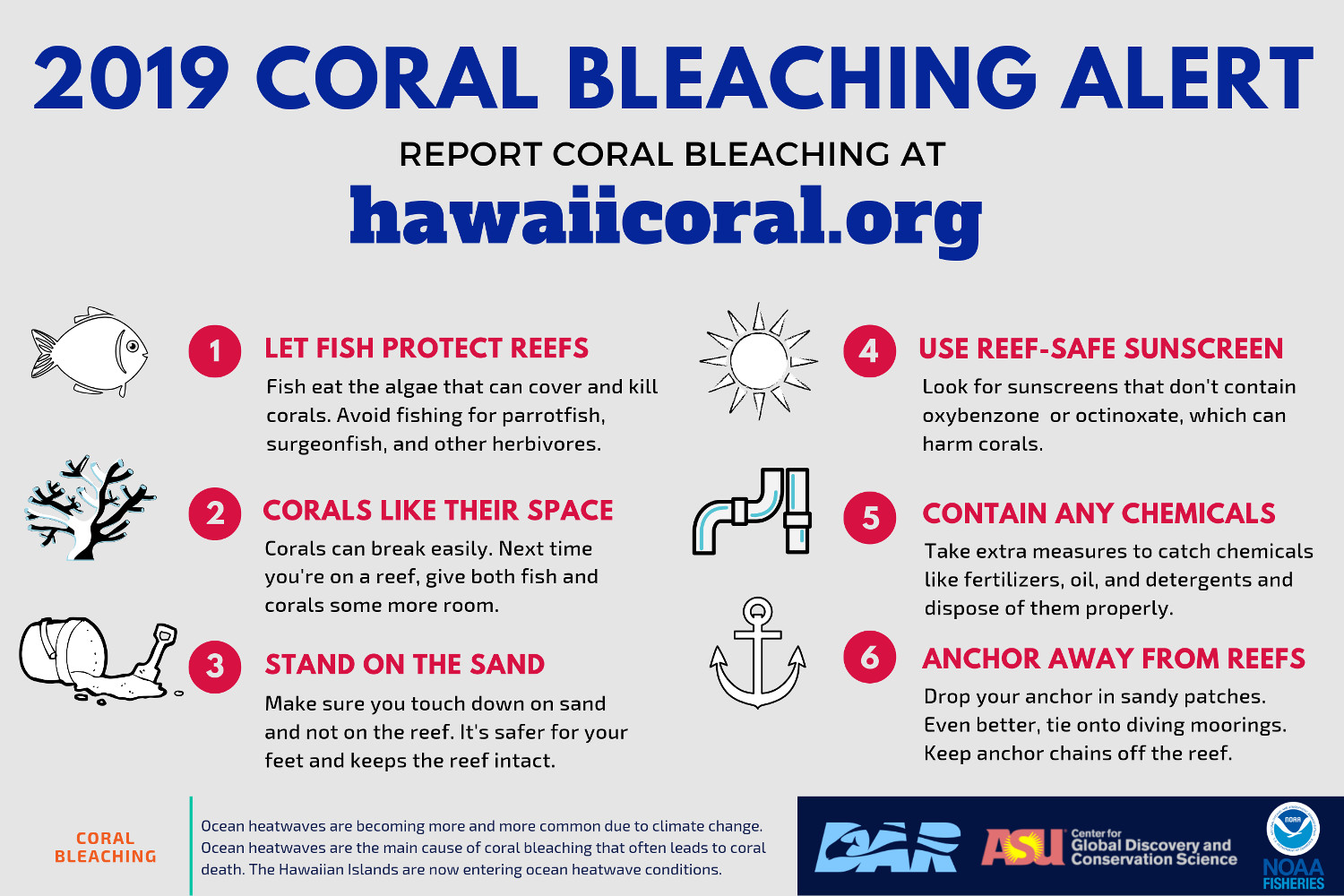 Dr. Greg Asner, the Director of ASU-GDCS commented, “My team has partnered with DAR and NOAA as a technical source for advanced aircraft and satellite monitoring of reefs throughout the main Hawaiian Islands. We launched the website, www.hawaiicoral.org to provide a simple, but advanced platform that integrates coral observations made by residents and visitors with observations made from the air and Earth orbit. The outcome is a real-time monitoring system that informs citizens as fast as scientists are getting data. Together, we can not only monitor this terrible bleaching event, but also work to reduce secondary stress on the most impacted reefs. After the heatwave ends, we will have a good map with which to plan restoration efforts.”