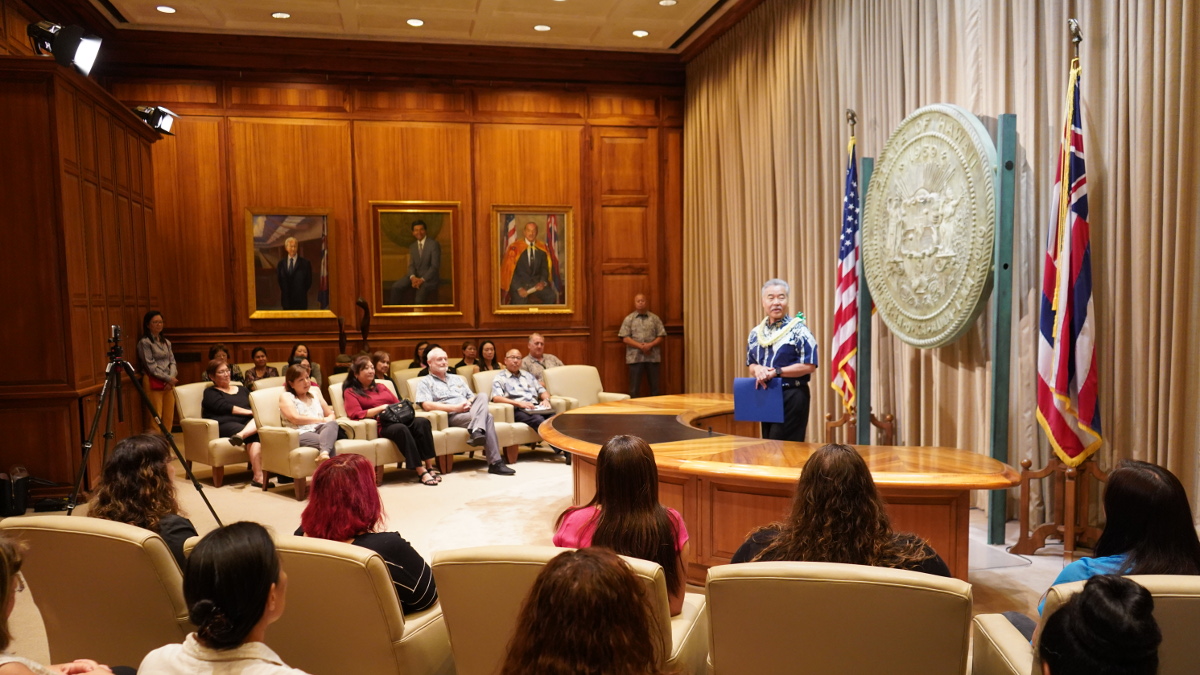 HONOLULU, Hawaiʻi - The State of Hawaiʻi says flags will fly at half-staff Wednesday for "Patriot Day", honoring the victims of 9-11.

(BIVN) – Today is September 11, a day that will forever be remembered as the date of the terrorist attacks on the United States in 2001.

The State of Hawaiʻi issued this media release on Tuesday:

At the direction of the President of the United States, Gov. David Ige has ordered that the United States flag and the Hawai‘i state flag will be flown at half-staff on Wednesday, Sept. 11, 2019, at the Hawai‘i State Capitol and upon all state offices and agencies as well as the Hawai‘i National Guard in the State of Hawai‘i.

The flags will be flown at half-staff from sunrise until sunset to remember the nearly 3,000 people who perished on Sept. 11, 2001.

By a joint resolution approved on Dec. 18, 2001 (Public Law 107-89), Congress designated Sept. 11 of each year as “Patriot Day”, calling upon all departments and agencies of the United States to display the flag at half-staff and to observe a moment of silence at 8:46 a.m. Eastern Daylight Time to honor the innocent victims of 9-11.

The president’s proclamation can be found here.