MAUNA KEA, Hawaiʻi - The DLNR says it is investigating environmental impacts, while the Kanaka Rangers say they are closing the guided educational walks of the kipuka. 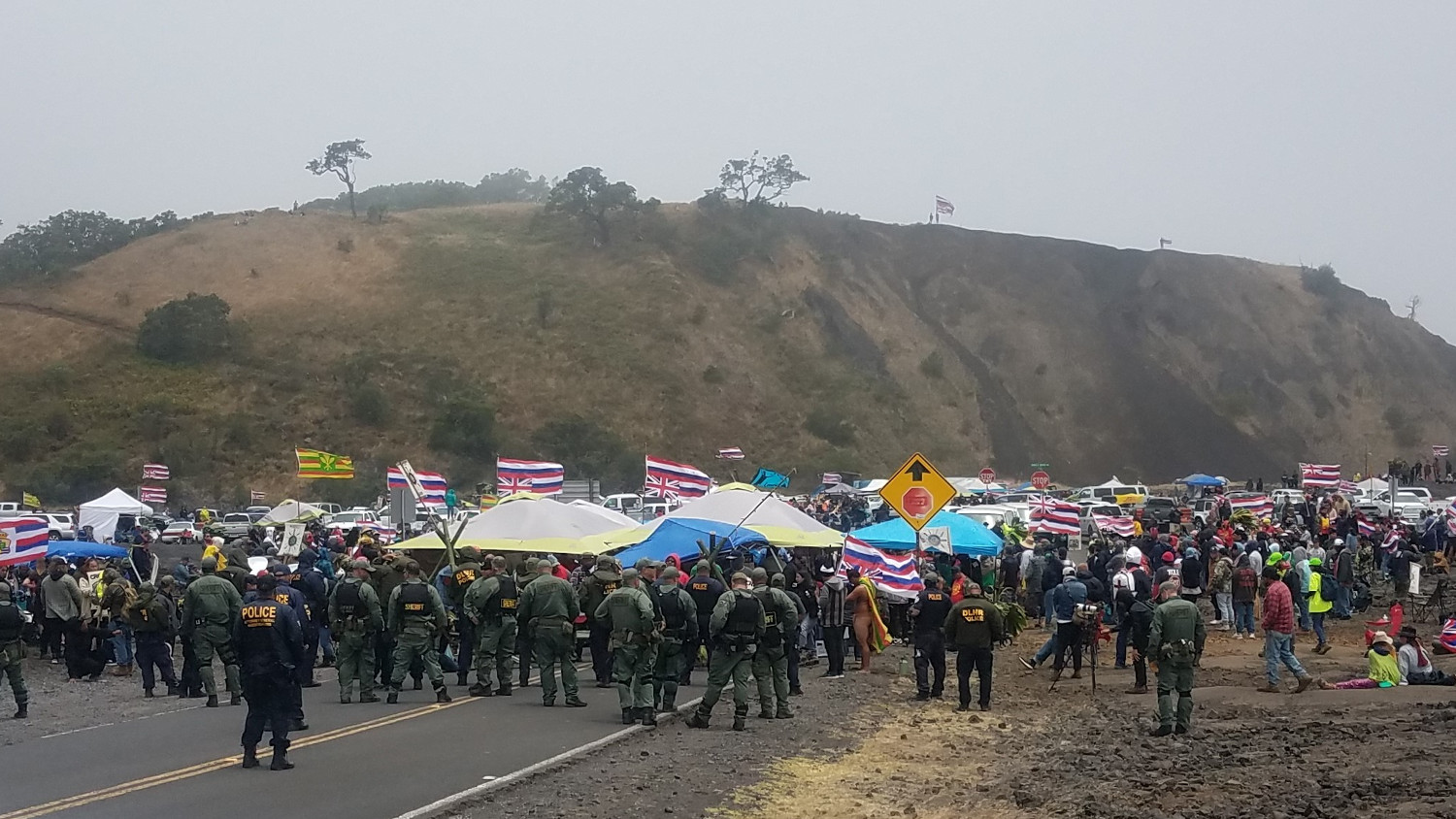 (BIVN) – Growing concerns over the environmental impacts resulting from the ongoing standoff over the Thirty Meter Telescope were raised by the State of Hawaiʻi during a press conference held on Thursday, especially in regards to the Kipuka Puʻuhuluhulu were a puʻuhonua was established in July.

On Wednesday, the Hawaiʻi Department of Land and Natural Resources said it planned to hold a news conference over growing concerns “that the presence of large crowds of people currently occupying the area around Pu’uhululu on Hawai‘i Island’s Mauna Kea are having a negative impact on native plants, animals and insects.”

The state said it is “investigating the possible disappearance or destruction of the rare Hawaiian ʻānunu vine (Sicyos Macrophyllus), which was part of an extensive out-planting on State land conducted by the U.S. Army which manages threatened and endangered species in the area. In addition to the vine, five other critically endangered species of imperiled plants were stepped on. Federal officials are also concerned about access to the Hakalau Forest National Wildlife Refuge and the potential impacts to endangered Hawaiian Goose (nēnē) management efforts as the breeding season begins.”

The Kanaka Rangers – who have been actively involved in Hawaiian Home Lands issues in the Humuʻula area – posted the following news release on social media prior to the DLNR press conference:

For the protection of a Kipuka Puʻu Huluhulu, we will be closing the guided educational walks for assessment and continued monitoring of our native, threatened, and endangered species habitats.

Propagation efforts are underway daily, with the help of volunteers, students, stewards, and lineal descendents.

The management of our ‘aina, and the protection of our Puʻuhonua, begins with the cultural understanding that our Kipuka must rest for re-habilitation purposes.

The presence of Kanaka Rangers within Kipuka Pu‘u Huluhulu since mid-July, to ensure safe access and for watershed management, is a result of the mis-management and lack of education on behalf of the State of Hawaiʻi Department of Land & Natural Resources during these critical times.

We recognize the need to protect our forests and these critical habitats of the Aina Mauna regions to provide the water requirements for the surrounding ecosystems. Mahalo for understanding our kuleana to malama the natural and cultural resources while enhancing the conservation of native biodiversity within our moku and wahi pana. Let us continue bringing our best practices to our Kipuka and up into the wao akua.

The DLNR Division of Conservation and Resources Enforcement (DOCARE) is investigating the possible destruction of four, endangered Hawaiian ʻānunu vines in the Mauna Loa Forest Reserve on the backside of Pu‘u Huluhulu. This is where thousands of protesters have been illegally blocking Mauna Kea Access Road since mid-July. In addition to the alleged cutting of these vines, DOCARE officers found evidence that other rare plants have been trampled, either inadvertently or intentionally. 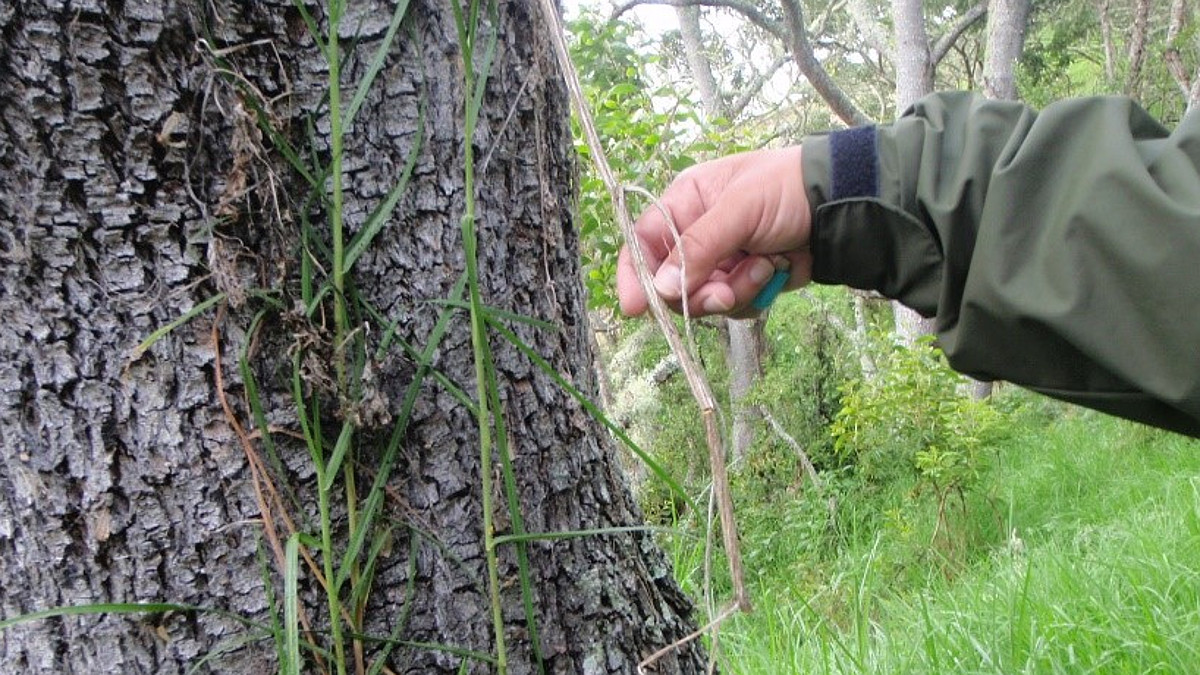 “The destruction of the ʻānunu vine is particularly disturbing, since there may be only five populations of this species still in existence,” said DLNR Chair Suzanne Case. ʻĀnunu is federally listed as an endangered plant and under the Hawai‘i Natural Heritage Ranking it is considered critically imperiled.

Rare and endangered plants were out-planted on State Land by Natural Resource teams from federal agencies which manage threatened and endangered species in the area. The ʻānunu vine is naturally occurring, but the restoration efforts help it to thrive. The damaged vines were not cut in the out-planting section but one other threatened or endangered species of imperiled plants were stepped on there. Federal officials are also concerned about access to national wildlife refuge and the potential impacts to endangered Hawaiian goose (nēnē) management efforts as the breeding season begins.

While protest leaders have taken steps to restrict access to the top of Pu‘u Huluhulu cinder cone, DOCARE estimates as many as 2,400 people have been around Pu‘u Huluhulu at any given time, for the past seven weeks. DOCARE Officer Edwin Shishido and another officer hiked to the out-planting area on August 21st and discovered that four ʻānunu vines appeared to have been cut or ripped from koa trees.

“An unmarked, ‘social’ trail led into the area, and two other federally and state listed endangered plants were laying across the trail indicating they’d been recently trampled,” Shishido said. The plants appear to have recovered. 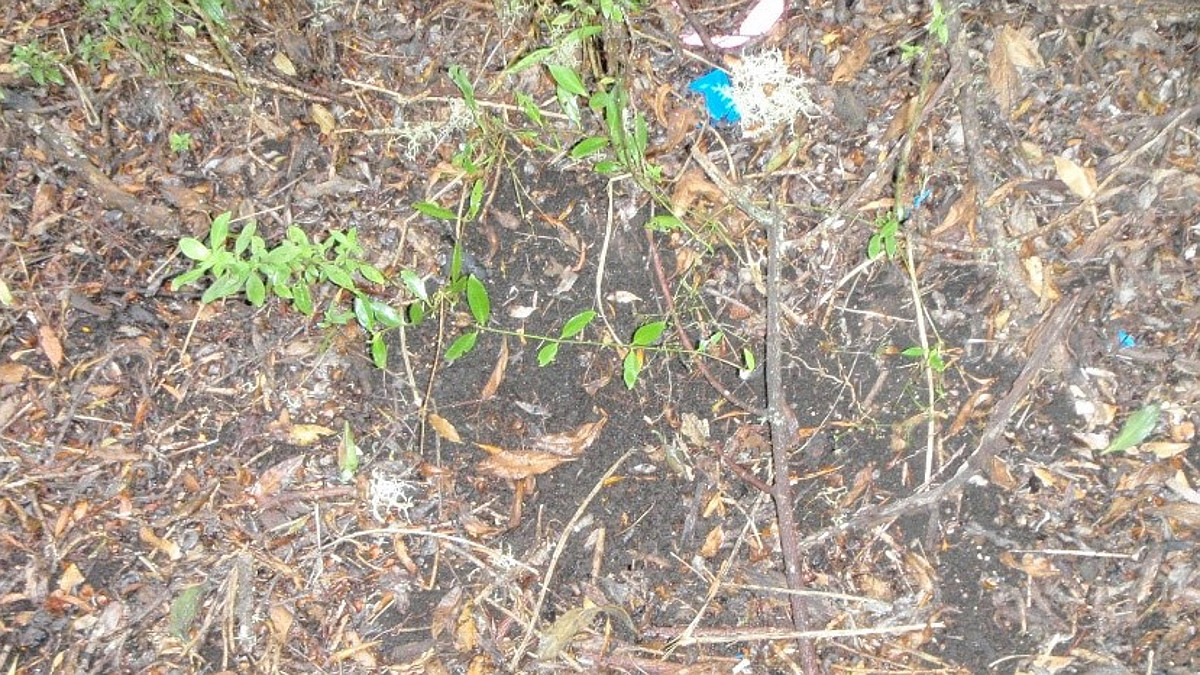 Maʻohiʻohi laying on its side, courtesy Hawaiʻi DLNR

“This area of Pu‘u Huluhulu was specifically set aside to propagate these native Hawaiian plants,” explained Lyman Perry, a botanist with the DLNR Division of Forestry and Wildlife (DOFAW). “It’s difficult to establish a viable population of these extremely rare plants, to keep them from facing extinction, so the PTA out-planting area was picked for the very reason that it saw little to no human impact,” Perry added.

In addition to negative impacts to plants from thousands of people being in the area, there’s evidence that just the sheer number of people is adversely impacting animals and insects.

Ian Cole, DOFAW’s East Hawai‘i Wildlife Manager said there are anecdotal reports that Hawai‘i’s State Bird, the nēnē, are avoiding the immediate area around the protest site. Cole explained, “We have reports that nēnē are avoiding landing around Mauna Kea Access Road and Daniel K. Inouye Highway (Saddle Road). It’s not surprising that they’re looking for different foraging areas… there are too many people around for their comfort. This area was likely one of their flyway resting areas.”

Even the smallest of creatures are potentially being impacted by the nearly two-month long protest action. Entomologists report that the endemic Hawaiian wolf spider, which inhabits the area’s lava fields, is possibly being forced out of its natural habitat due to the large number of people camping and walking in the area. Previously researchers noted that the spider moved away from the location of a hale built by protesters at Halepōhaku, about six miles from the current protest location. They recorded a decline in the number of spiders and an increase in invasive insects. 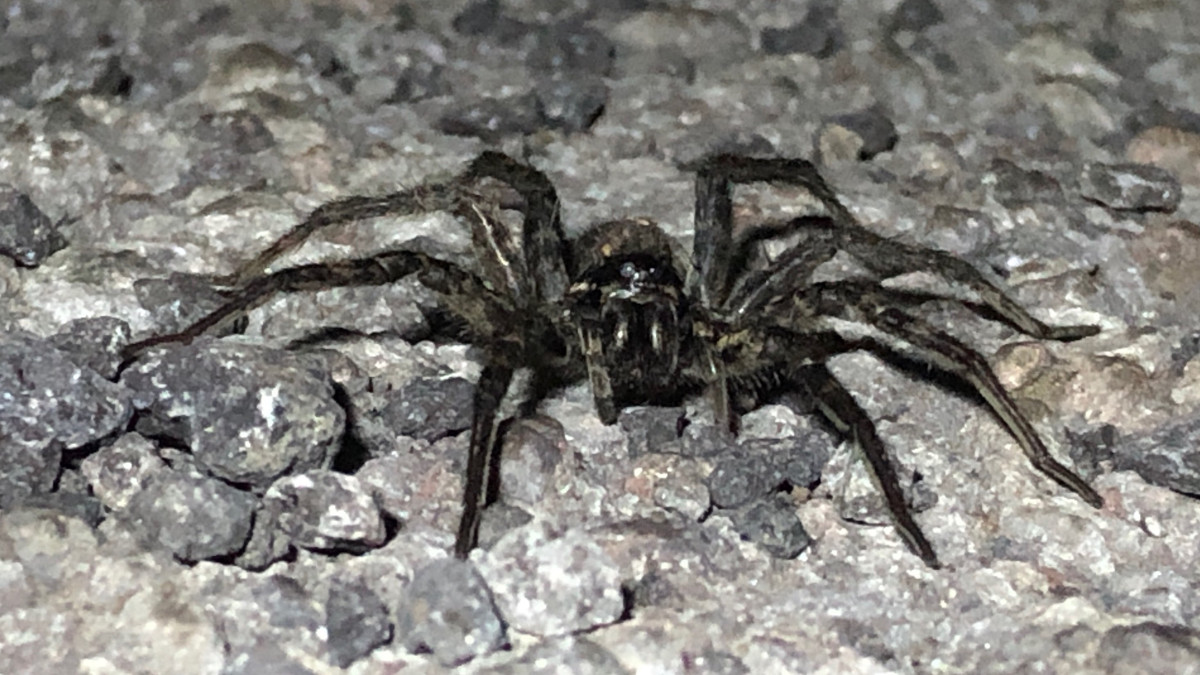 Chair Case remarked, “Early on in this protest we warned about potential impacts to endangered species from off-trail activities. Intentional or not, it’s happening, and it’s very concerning. You just can’t have thousands of people in sensitive natural areas like Puʻu Huluhulu without this kind of harm resulting. DLNR’s mission is to protect these species, and our staff is passionate about doing so, and it’s sad to see this now.”