KAILUA-KONA, Hawaiʻi - The 2019 Police Officer Of The Year was honored by the Kona Crime Prevention Committee during a Wednesday luncheon at the King Kamehameha Kona Beach Hotel. 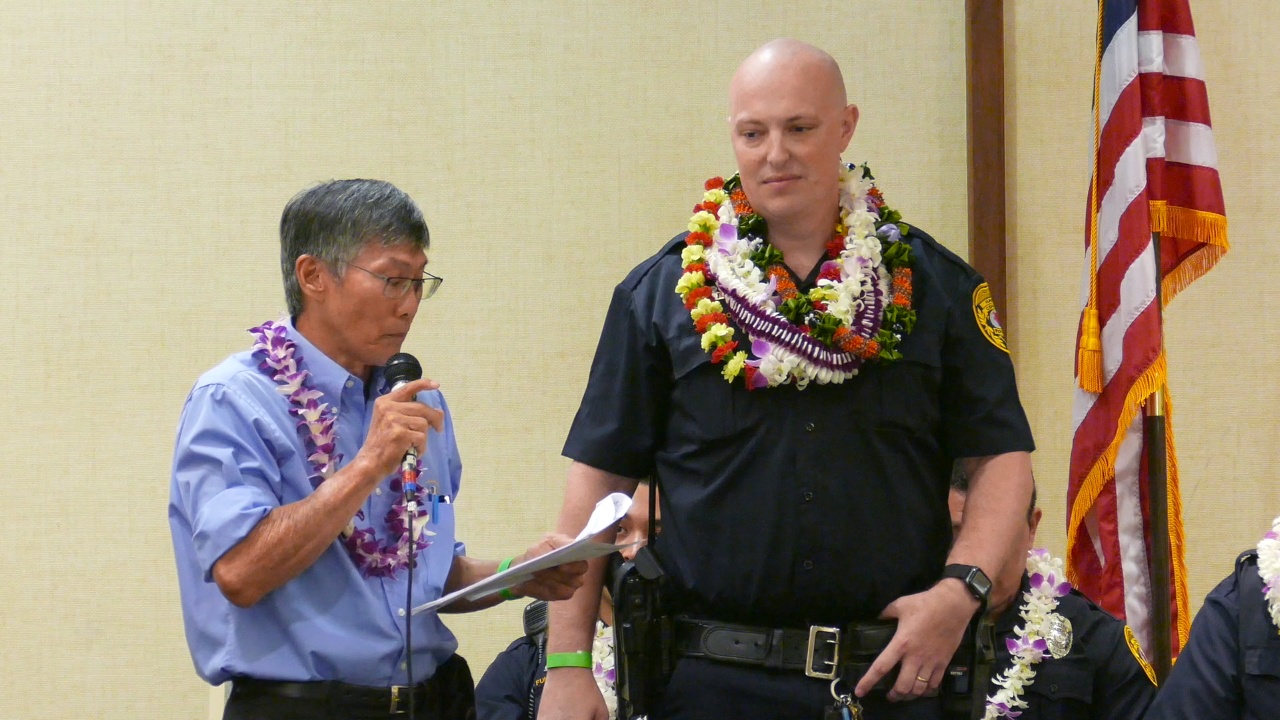 (BIVN) – The Kona Crime Prevention Committee named its 2019 Police Officer Of The Year on Wednesday during a luncheon at the King Kamehameha Kona Beach Hotel.

This year, the honor went to Officer Ansel Robinson, who was named Officer of the Month for November 2018 and again in March 2019.

The Kona Crime Prevention Committee supports the police department in its effort to prevent crime, deter criminals, and enforce the laws. Over the past 48 years, the organization has donated over $100,000 in cash, goods, and services to the Kona District Police.