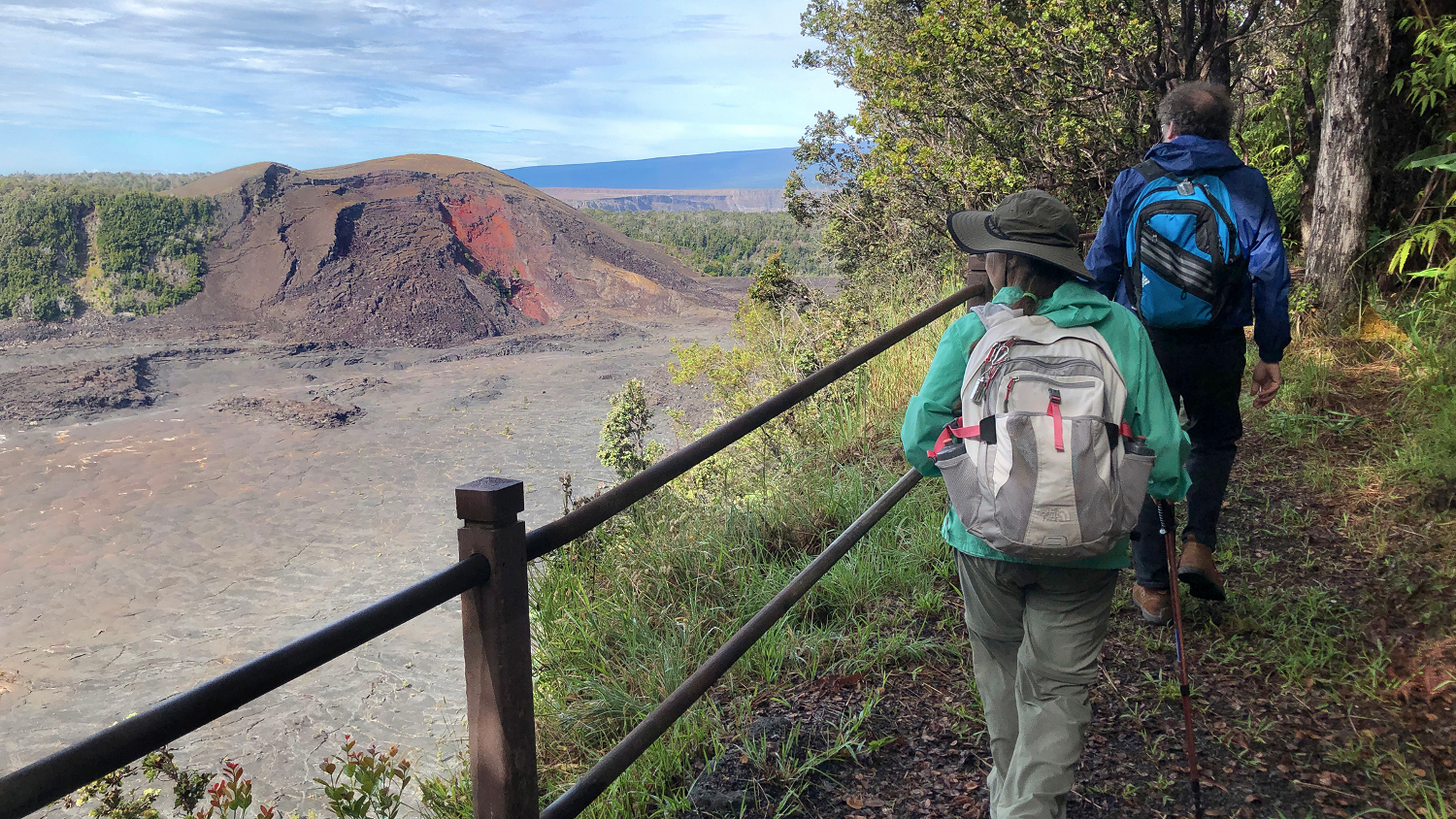 Hikers Walk on the restored Kīlauea Iki Trail in its entirety. NPS Photo by Janice Wei.

HAWAIʻI VOLCANOES NATIONAL PARK - September 22 marks the one-year anniversary of the park reopening following an unprecedented 134-day closure due to the 2018 Kīlauea eruption. 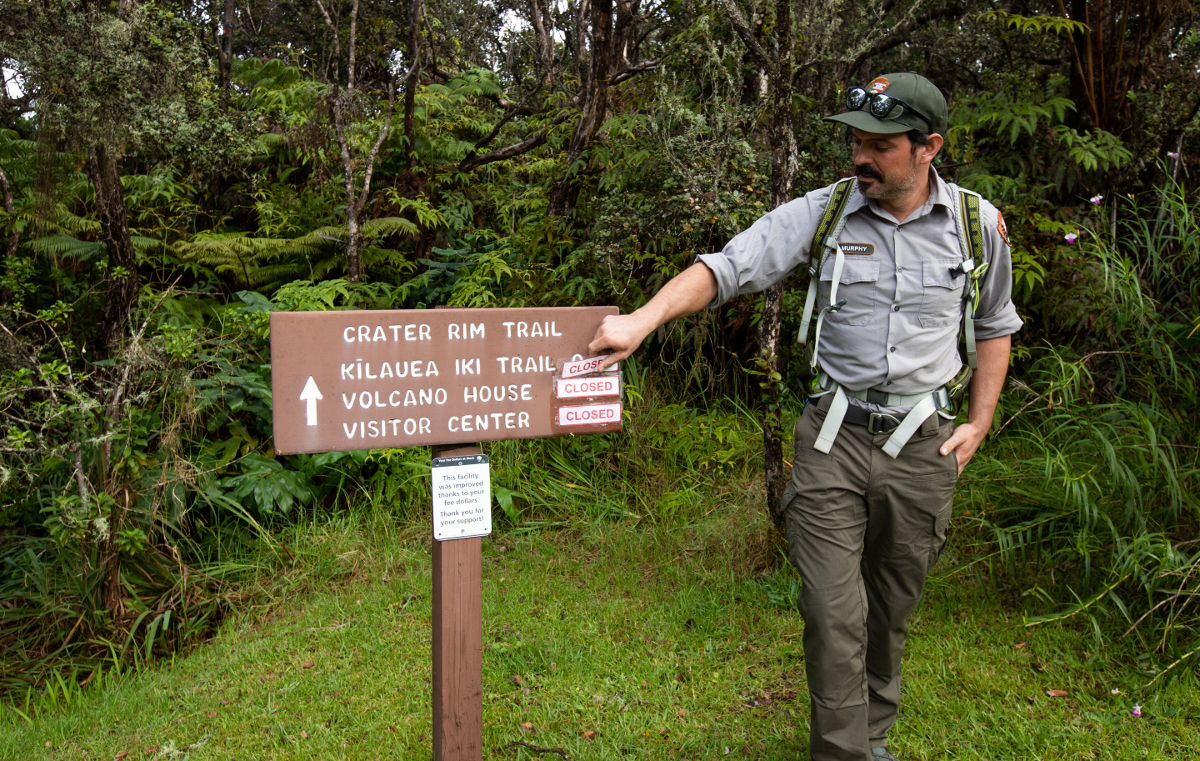 The announcement was made on Friday, and the National Park Service provided photos and this media release:

Hawaiʻi Volcanoes National Park is pleased to announce the reopening of Kīlauea Iki Trail in its entirety. About half of the trail has been open since April 19, 2019, but the rest of the four-mile loop remained closed for repairs until now. Kīlauea Iki Trail and many park areas were severely damaged during the 2018 Kīlauea eruption which included more than 60,000 earthquakes at the summit.

Thanks to the financial support of the park’s non-profit partner, the Friends of Hawai‘i Volcanoes National Park, the park’s trail crew, assisted by trail crew members from other national parks, has successfully repaired the damaged sections of Kīlauea Iki Trail including areas of significant rock fall along Byron Ledge. 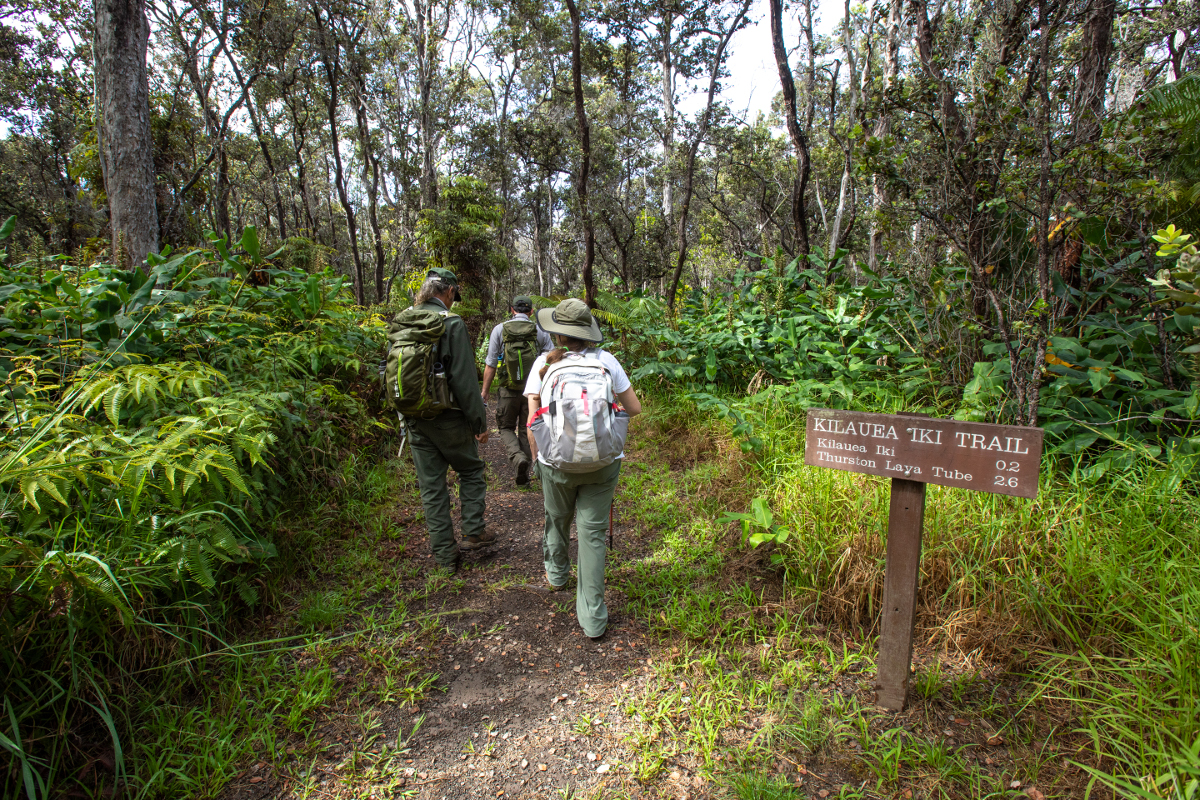 “The reopening of the entire Kīlauea Iki Trail is one more example of how Hawaiʻi Volcanoes National Park continues the path to recovery from the 2018 Kīlauea eruption and the associated seismic events,” stated Acting Superintendent Rhonda Loh. “This recovery would not be possible without the critical support of our park partners. We are grateful for the support the park has received from Friends of Hawai‘i Volcanoes National Park to help with critical repairs. While the path to recovery is a marathon, not a sprint, we look forward to reopening more of the park in the months to come,” she said.

One of the park’s most popular trails, Kīlauea Iki Trail is a four-mile, moderately-strenuous hike that drops 400-feet (122 meters) from the summit of the crater to the crater floor. A walk along the crater floor transports you to a unique environment. Kīlauea Iki looks fairly tranquil these days but, in 1959 it was a seething lava lake, with lava fountains up to 1,900 feet high.

September 22 will mark the one-year anniversary of the park reopening following an unprecedented 134-day closure due to the 2018 Kīlauea eruption. 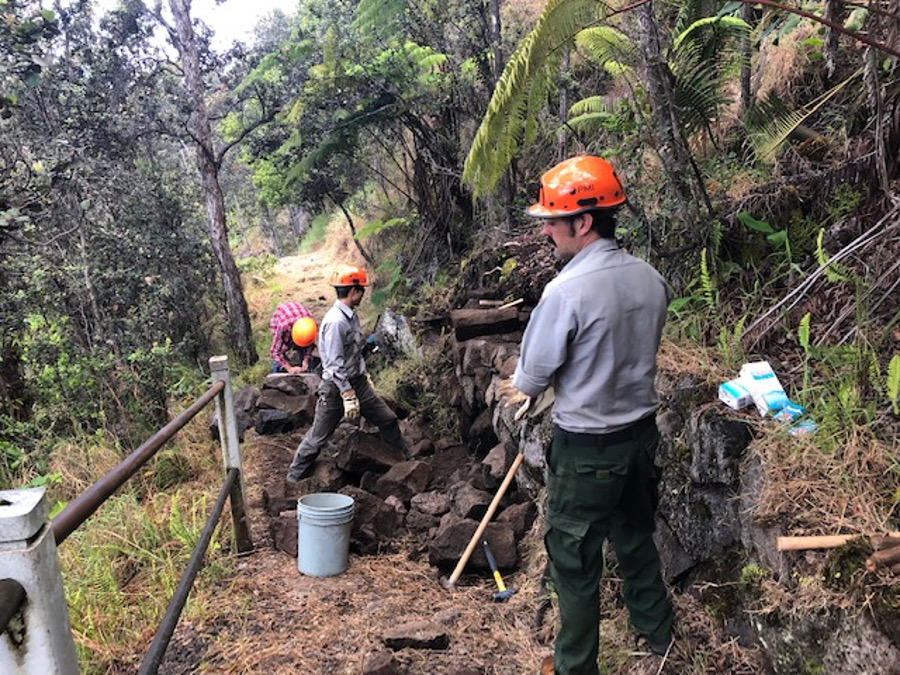 In mid-August, a National Park Service geomorphology team found that some trails and areas, previously identified as unstable after last year’s damaging seismic events, continue to have safety concerns. Other areas and trails have been reopened or will be repaired.

The National Park provides updates and a chronology of park recovery efforts on its website.