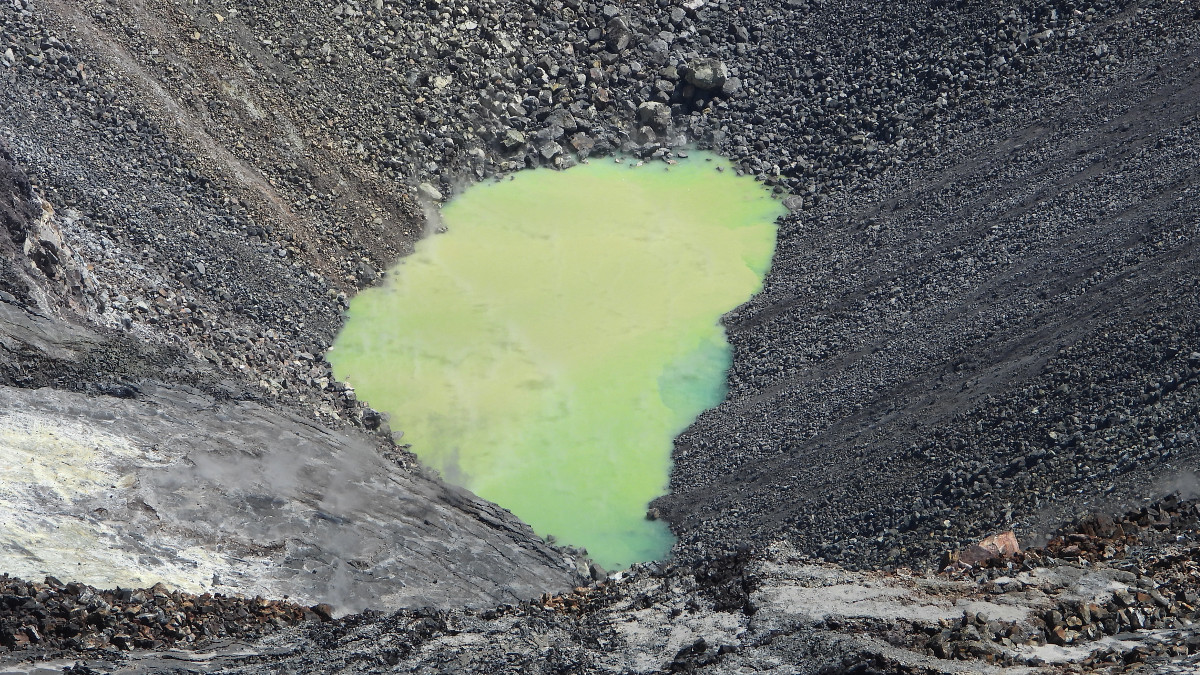 Telephoto view of the water pond within Halemaʻumaʻu at Kīlauea's summit on Sept. 27, 2019. USGS photo by K. Mulliken. 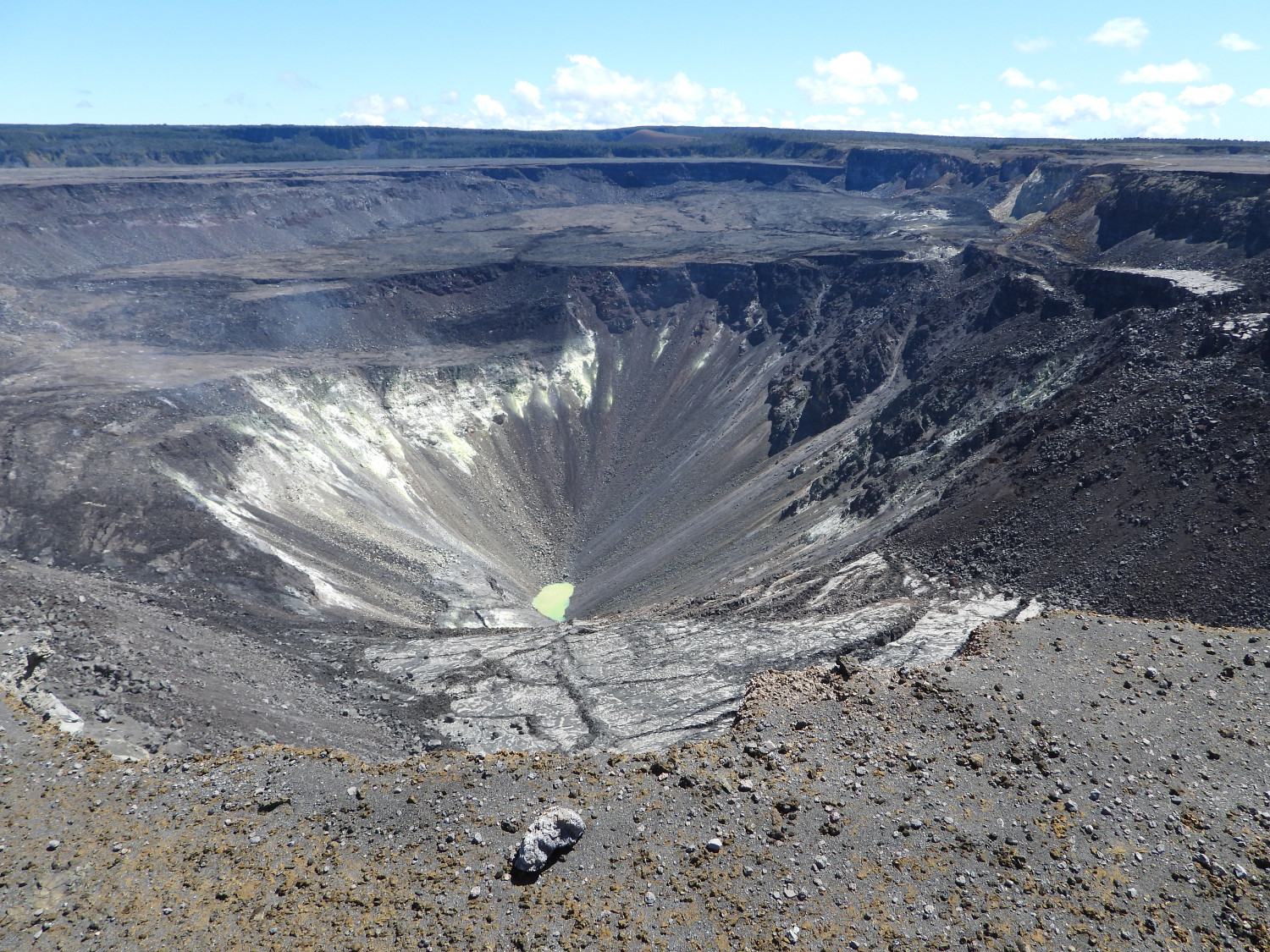 September 27 was “a beautiful and clear day at the summit of Kīlauea,” USGS photo by K. Mulliken.

(BIVN) – The pond of water continues to rise in the collapsed Halemaʻumaʻu cater at the summit of Kīlauea Volcano.

Recent laser rangefinder measurements indicate that the water – most likely groundwater – is now roughly 33 feet deep. How much deeper could it get? 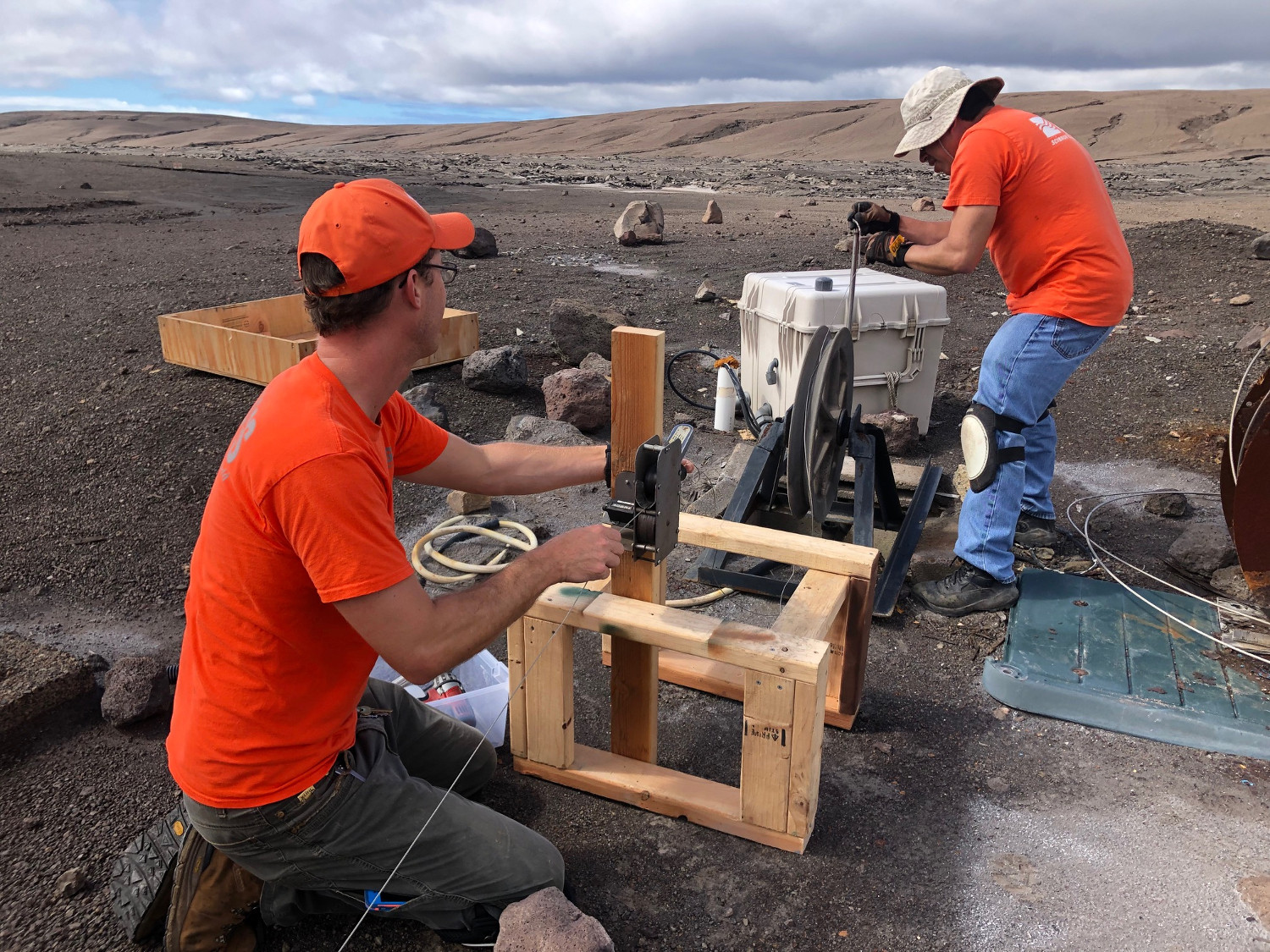 The Keller Well measurements suggest that the Halemaʻumaʻu hot pond could possibly rise another 65 m, or 210 feet, scientists say.

The temperatures of the Halemaʻumaʻu water pond have remained fairly consistent at 70 degrees Celsius (around 160 degrees Fahrenheit), USGS HVO says.