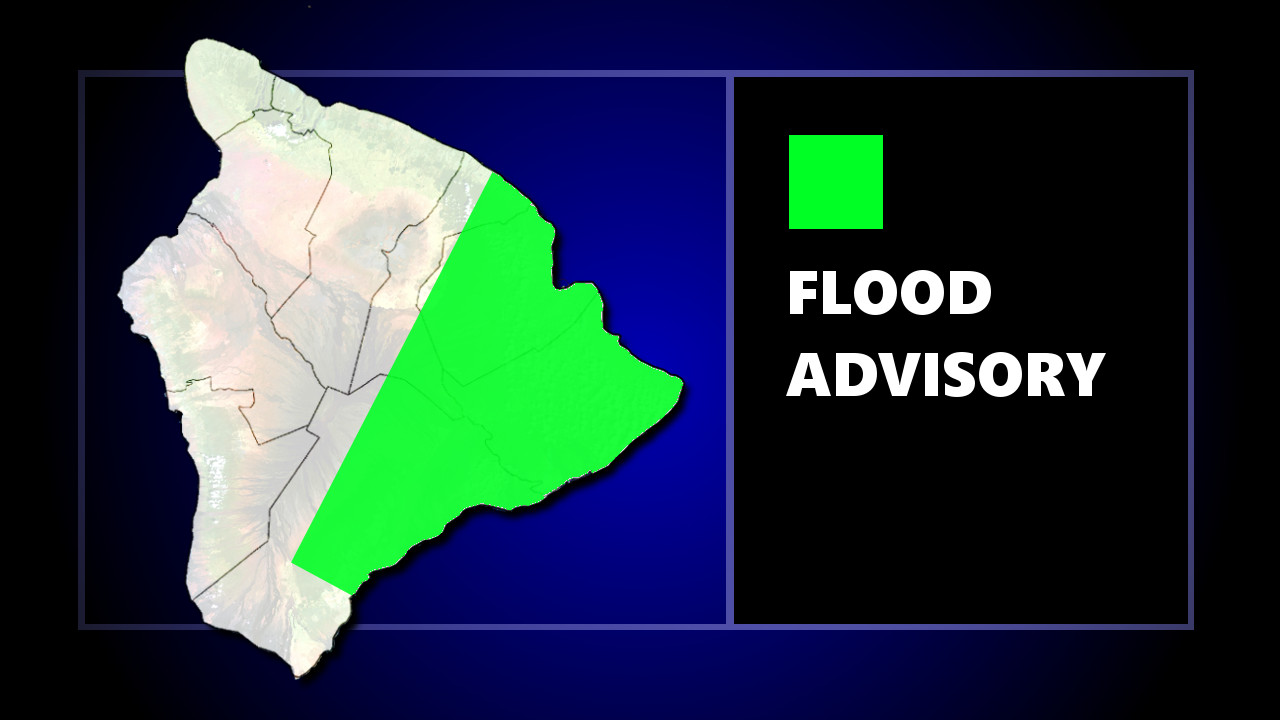 (BIVN) – The National Weather Service in Honolulu has issued a Flood Advisory for a portion of the island of Hawaiʻi until 6:45 p.m. HST, as heavy rain spreads over the windward area.

“At 352 PM HST, radar indicated bands of heavy rainfall over the South Hilo, Puna, and Kau Districts,” forecasters said. “Rain gages reported rates of about 1 to 2 inches per hour at Pahoa, Hilo, and Papaikou. Additional rainfall is expected to move over the Big Island from the southeast over the next several hours.”

The rainfall is the result of deep tropical moisture tracking eastward towards the state. This morning, visible and infrared satellite showed extensive cloud cover with thunderstorms firing up in this area, forecasters stated.

From the National Weather Service in Honolulu at 10:07 a.m. HST:

The upper low is expected to induce a surface low along the front and begin to draw the front back to the north while high pressure east of the state begins to strengthen. As a result, winds will strengthen from the southeast tonight and draw the tropical moisture over the islands. Precipitable water values are expected to jump to around 2.2 to 2.3 inches beginning on the Big Island tonight and then spreading northwestward Thursday. While ridging aloft over Hawaii could be a limiting factor for thunderstorms tonight through Thursday night, models indicate a decently strong convergence band setting up over the state (along the eastern flank of the earlier mentioned developing surface low). Thus, we anticipate heavy rain and now have added a slight chance of thunderstorms to the forecast beginning over the eastern end of the state tonight and spreading to all portions of the state Thursday into Thursday night. Southeast winds will focus rain over windward and southeast facing slopes, however, with winds running parallel to the island chain tomorrow (and thus lightening the winds) leeward/interior sections of the islands will also see potentially heavy rain and a slight chance for thunderstorms. Leeward plume showers could also anchor any of the smaller islands.