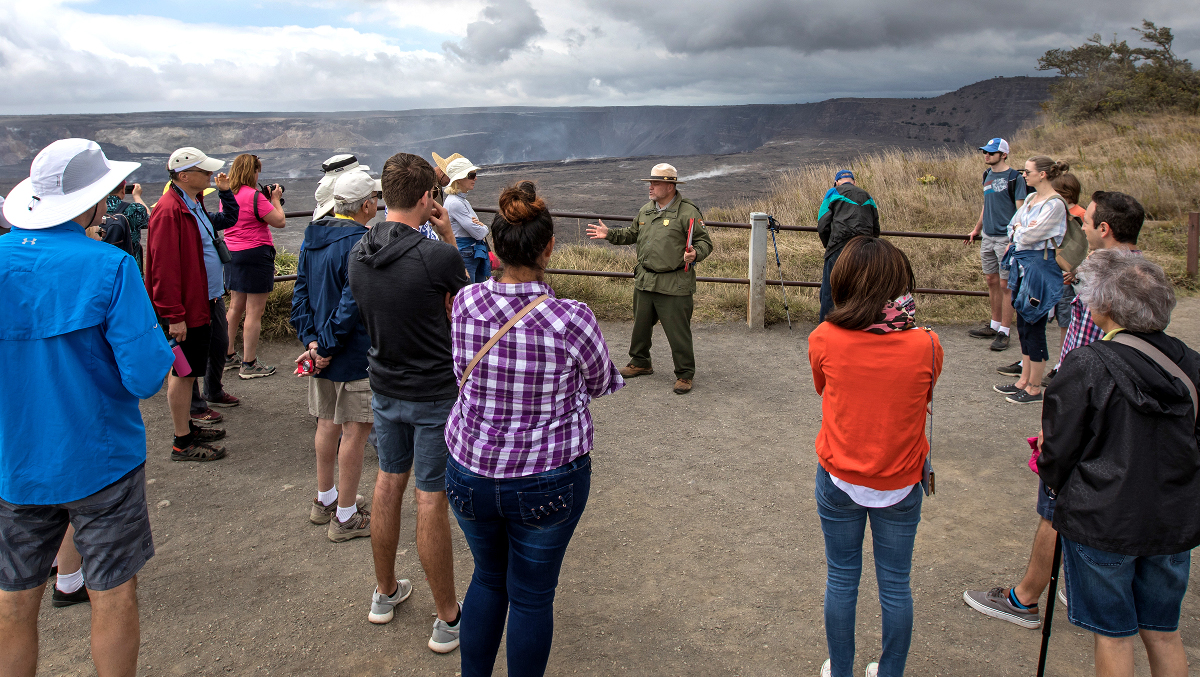 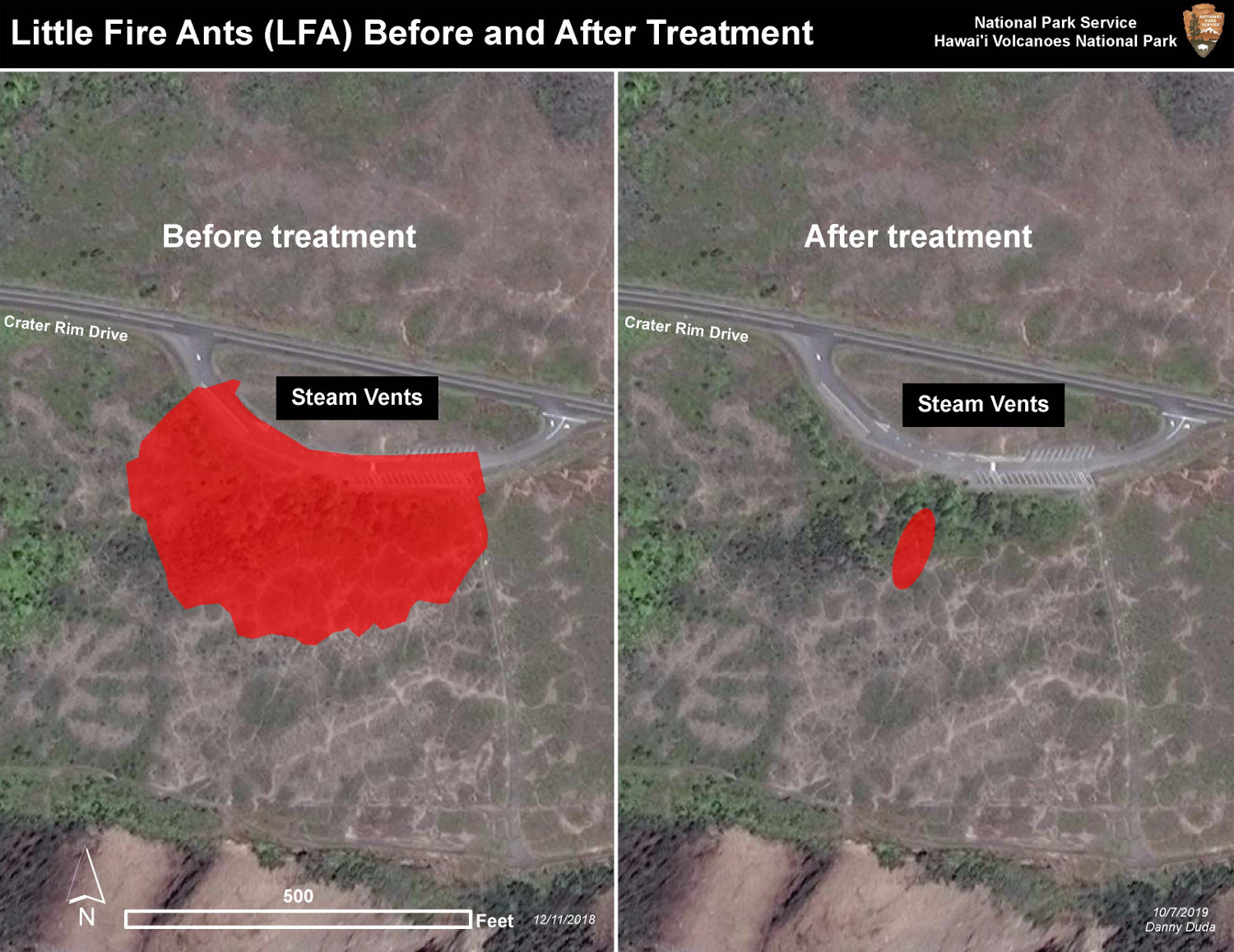 The National Park Service issued this media release on Tuesday:

Little fire ants (LFA) have met their match as Hawai‘i Volcanoes National Park gets closer to meeting its goal of eradicating the invasive, noxious pests from the popular Steam Vents area off Crater Rim Drive.
LFA detections have decreased by at least 99% at Steam Vents since the park began treating the area in February. In 2018, LFA were abundant and readily observed on vegetation and along the edge of the parking lot. During last month’s surveys, park pest control workers found LFA on just 0.1% of bait stations.

Treatments will continue until the population is eliminated. The Steam Vents parking lot in Hawai‘i Volcanoes National Park will be closed Thursday, October 10 from 8 a.m. to noon for continued treatment.

“It’s too early to declare victory just yet,” said park ecologist David Benitez. “If we don’t continue our treatments, LFA populations will quickly rebound and could spread to new areas. These pests are a serious concern for human health and also for our natural resources, including endangered nēnē, the Hawaiian goose, which are currently entering their breeding season.”

Only the Steam Vents parking lot and the trail from the parking lot to Wāhinekapu (Steaming Bluff) will be closed; Wāhinekapu and Crater Rim Trail will remain open.

Pest control workers will treat Steam Vents every four to six weeks and the park will announce closures in news releases, on the park website, nps.gov, and via social media. The goal is to completely exterminate the ants from the area. Visitors can help by checking their gear and vehicles for LFA before coming to the park.