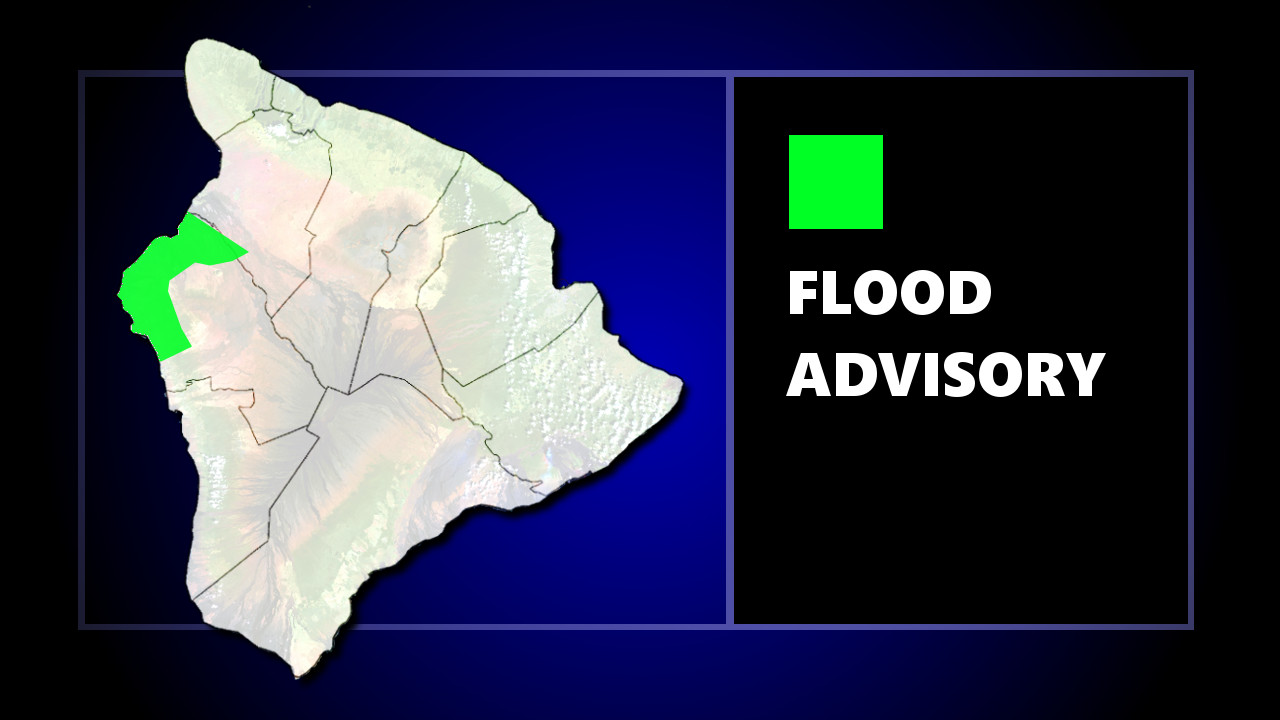 KAILUA-KONA, Hawaiʻi - Just several hours away from the start of the Ironman World Championship in Kona and a Flood Advisory has been issued for the area of the big race.

(BIVN) – The National Weather Service in Honolulu has issued a Flood Advisory for an area of Kona on Hawaiʻi Island, in effect until 9:15 p.m. HST.

At 6:14 p.m. HST, radar indicated heavy rain just upslope from Kailua-Kona, forecasters said. “Rain was falling at a rate of 1 to 2 inches per hour,” the weather alert stated. “Minor flooding of poor drainage areas can be expected.”

Locations in the advisory include but are not limited to Kailua-Kona, Kalaoa, Kahaluʻu-Keauhou, Puʻuanahulu, Holualoa and Kona International Airport.

Hawaiʻi County Civil Defense issued an alert message at 7:30 p.m., which said that “due to the Flood Advisory, the following are issued”:

Within the area of the Flood Advisory, approximately 2,500 athletes are preparing to compete in this year’s Vega IRONMAN World Championship, which starts at 6:25 a.m. on Saturday morning. Athletes will begin to go through body marking as early as 4:25 a.m.

Forecasters say the threat of heavy rain will end tonight as the atmosphere stabilizes and becomes drier.