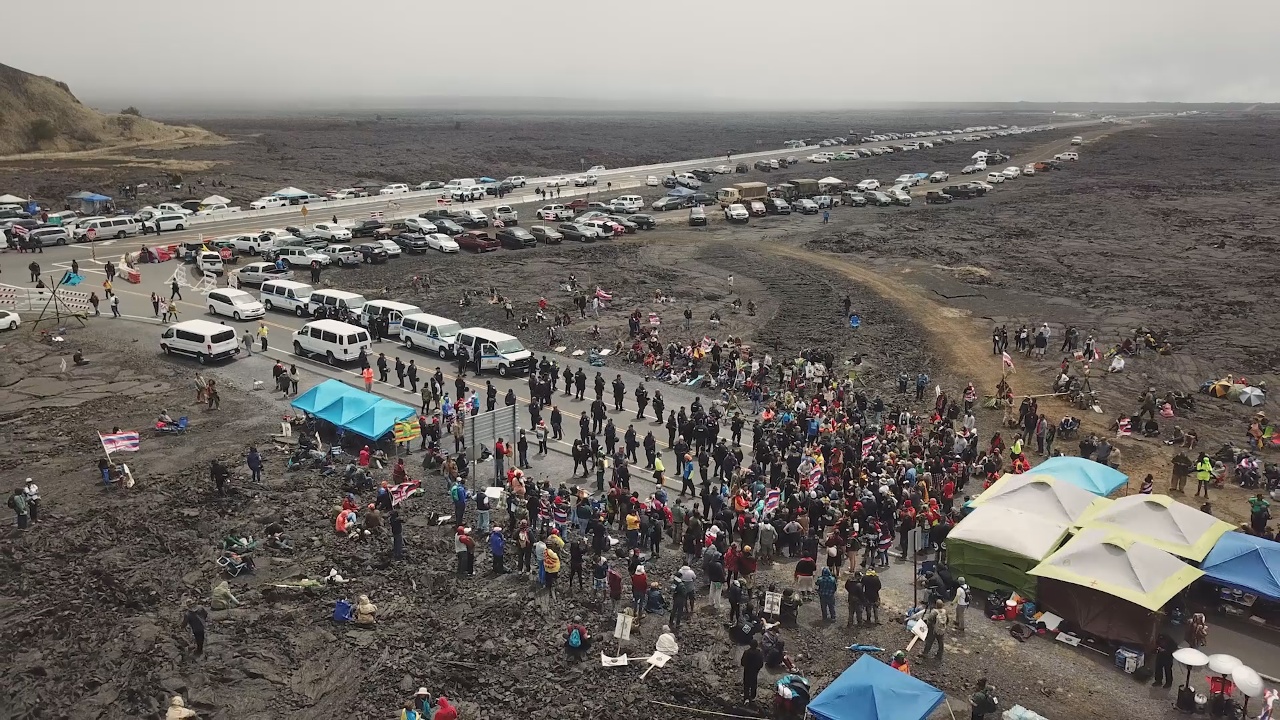 MAUNAKEA, Hawaiʻi - The latest numbers provided by the State of Hawaiʻi show the state costs related to the situation on Maunakea have climbed to $5.2 million, which is added to county-level costs.

(BIVN) – Costs related to the government support of the Thirty Meter Telescope – and its response to the large gathering at the base of the Mauna Kea Access Road in opposition to the project – continue to climb, and are approaching the $10 million mark.

Today, the State of Hawaiʻi provided the latest numbers, which are cumulative amounts dating back to when officials first granted the TMT the right to begin construction on Mauna Kea in mid-July.

Also today, the Department of Land and Natural Resources provided an updated figure for costs related to its Division of Conservation and Resources Enforcement, or DOCARE. As of October 10, $720,548 has been spent on “personal services”, and $166,629 has been spent on “other”.

Last week, the County of Hawaiʻi reported it has racked up $4.4 million in expenses related to the TMT situation. Most of that was for the Hawaiʻi County Police ($4,185,039). The cost is almost certainly higher at this point in time.

Meanwhile, Hawaiʻi County Police continue to write tickets as part of its 8-week long “Daniel K. Inouye Highway enhanced traffic enforcement effort”, which – as of an October 10 update – has tallied 4,632 citations and 46 persons arrested for 74 offenses. “The effort will continue for the duration of the ongoing protest situation to promote the safety of motorists and pedestrians alike,” police wrote.

The County expects the state to reimburse its police and fire department costs. The state has already provided over $150,000 for “Hawaiʻi County Emergency Services”, the AG office says.

The Honolulu Star Advertiser reported that the Honolulu and Maui County police departments spent about $260,000 combined in overtime, travel and vehicle shipping.

However, if you include the $39,052 spent by the Office of Hawaiian Affairs in support of the “rights, safety, and well-being” of TMT opponents, the grand total is over $10 million.

The Honolulu Star Advertiser also reported that earlier this year, the state budgeted $15 million to be used for TMT-related costs. After being allocated by the State Legislature, the funds were reportedly transferred from the Department of Transportation to the Attorney General’s Community Safety Program trust fund.