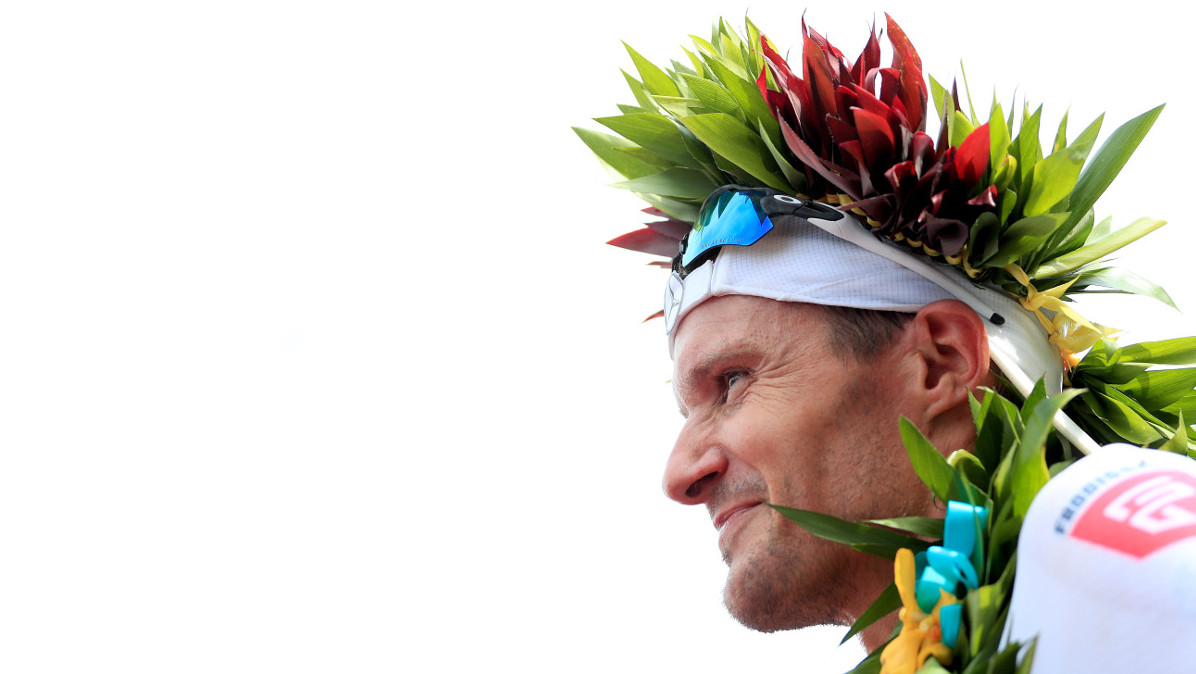 Video by IRONMAN Triathlon, published to YouTube on October 13, 2019.

(BIVN) – The 2019 Vega IRONMAN World Championship in Kailua-Kona in the books, and the race organizers provide this news release on the top finishers in the men’s field. 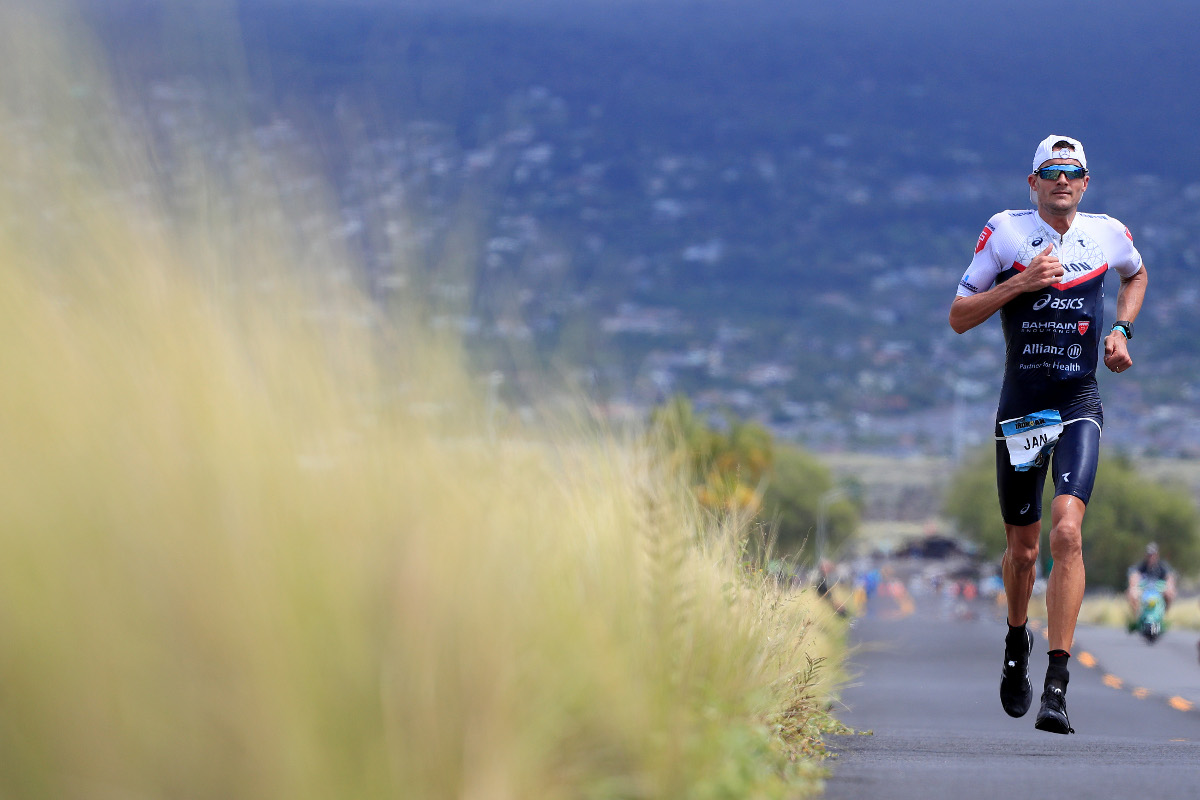 Jan Frodeno of Germany competes in the run during the Ironman World Championships on October 12, 2019 in Kailua Kona, Hawaii. (Photo by Tom Pennington/Getty Images for IRONMAN)

Josh Amberger (AUS) led the men’s field out on the 2.4-mile (3,8 km) ROKA swim with Kona rookie Alistair Brownlee (GBR) on his feet until veteran Jan Frodeno bridged into second at the turnaround. Amberger got out of the strenuous waters in 47:28, with Frodeno, Brownlee, Daniel Bakkegard (DNK), Tim O’Donnell (USA), Maurice Clavel (DEU), and defending champion Patrick Lange (DEU) close behind.

Fellow Olympic Champions Frodeno and Brownlee wasted no time blasting to the front of the bike, a position they would only allow two other athletes–Clavel and O’Donnell–to take over the 112-mile (180,2 km) Ventum bike course. With back-to-back IRONMAN World Champion Lange dropping from the race early on due to illness, it wasn’t long before some of the sport’s strongest cyclists–namely Kienle, Lionel Sanders (CAN) and Cameron Wurf (AUS) — began to put the heat on from behind, reducing their gap to 2:30 by the turnaround at Hawi.

That pressure was no match for the leaders, however, who only increased their pace on the way back into town with Frodeno even surging late on the bike as if to make his mark. The German blazed into the second transition over a minute ahead of Tim O’Donnell, and three-plus minutes ahead of Wurf, Brownlee, Kienle, Sanders and Stein.

From the minute he stepped out of transition, the run–and the race–was all Frodeno’s as murmurs of a course record begun. Frodeno, who suffered injuries the past two years, made quick work of the marathon, reasserting his dominance on the island as he floated to the finish in 2:42:43. With a finish time of 7:51:13, Frodeno set a new overall course-best time, becoming the first German to win three IRONMAN World Championships.

“It was a mixture of being anxious to try and set a mark like that and at the same time I really did have moments of gratitude in this race, realizing that last year I was standing knowing how much it sucked to be on the sideline. It was really, really unique; in my 18-years of being a pro this is the day, this was the day I have been looking for. I felt good in the marathon all the way really and that just doesn’t happen in an IRONMAN. That was a crazy experience,” said Frodeno. 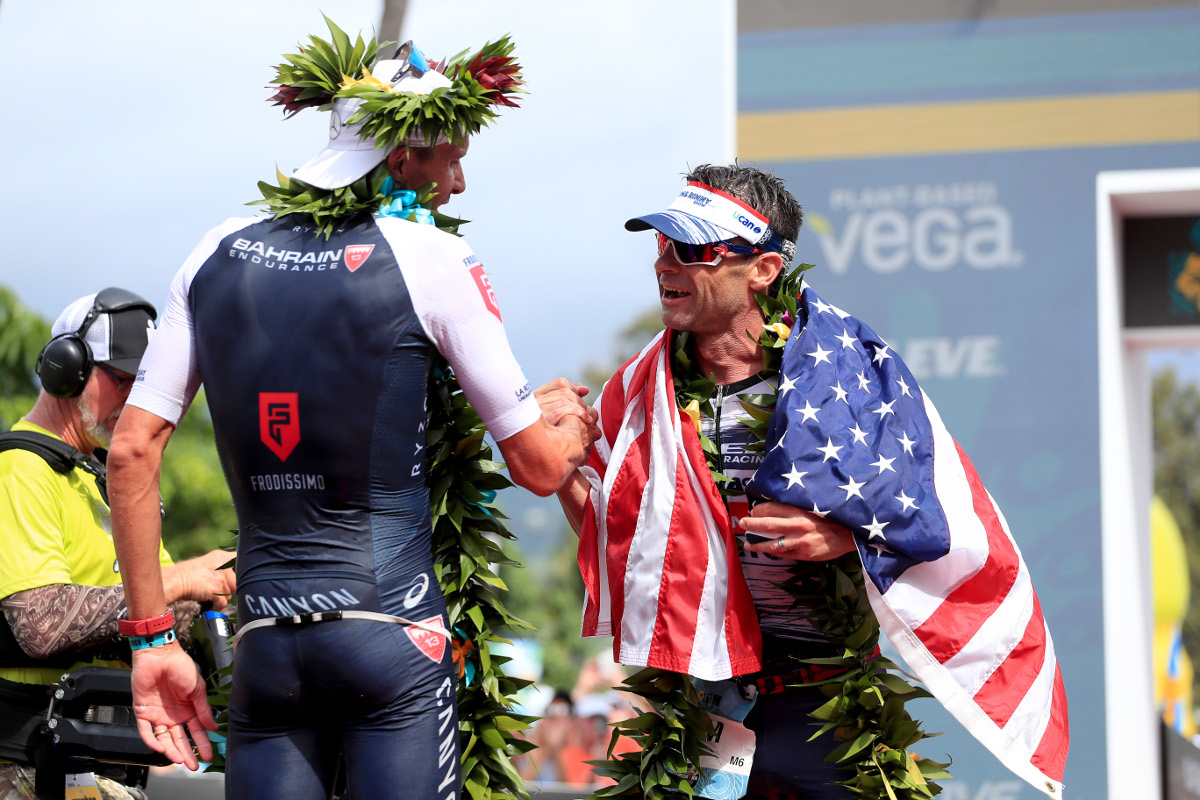 (L-R) Jan Frodeno of Germany celebrates with Tim O’Donnell of the United States after finishing first and second in the Ironman World Championships on October 12, 2019 in Kailua Kona, Hawaii. (Photo by Tom Pennington/Getty Images for IRONMAN)

O’Donnell maintained his second-place position with determination, and as Brownlee faded, Kienle and Hoffman both showed the value of experience as they made impressive moves up the field over the HOKA ONE ONE run course of 26.2 miles (42,2 km). O’Donnell’s sub-eight runner-up finish was nothing short of exuberant, while Kienle, the 2014 IRONMAN World Champion, celebrated a return to strong racing on the Island of Hawai`i himself. Ben Hoffman ran into fourth with a 2:43:08 marathon, while Cameron Wurf nabbed fifth thanks to a consistently strong day.

O’Donnell had some words at the finish line: “It’s been a dream of mine for a long time. To come back this year and have such a great race, I’m so humbled and honored. A couple weeks ago I didn’t think I was going to be able to do this race. A good friend of mine, Lawrence, just said “open your heart and run.” 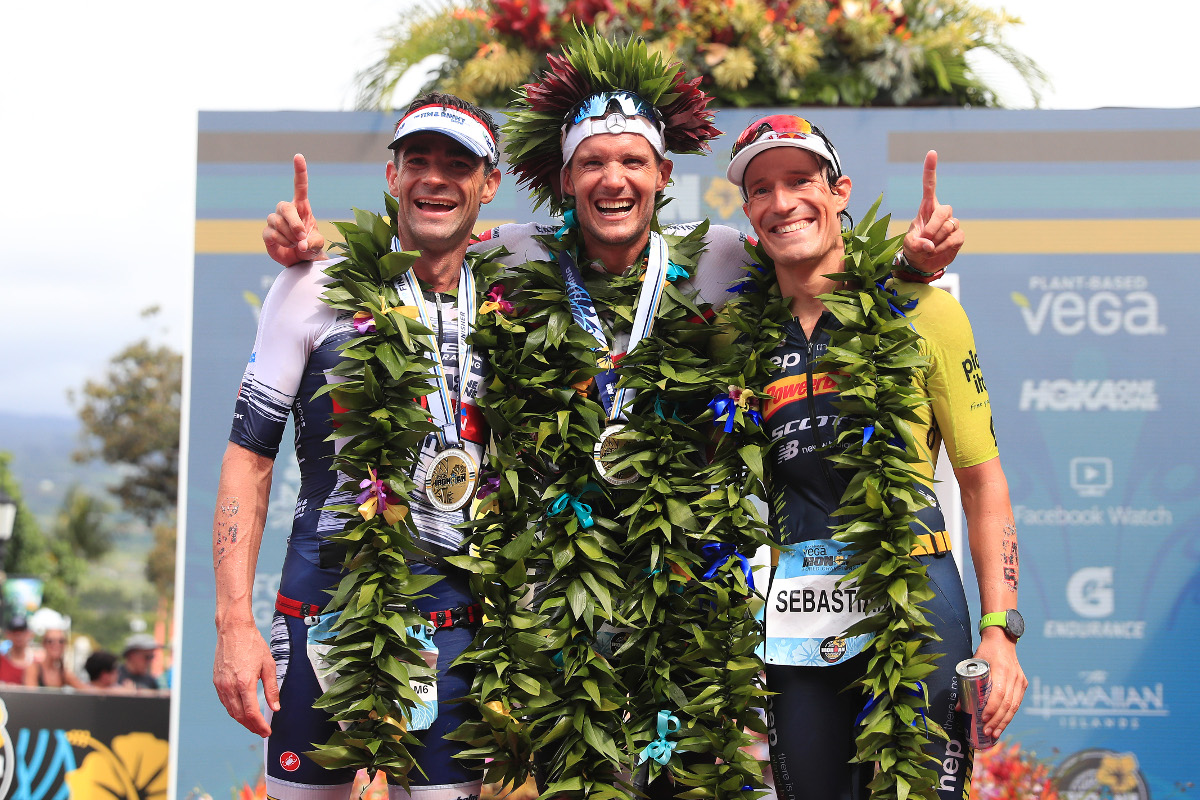