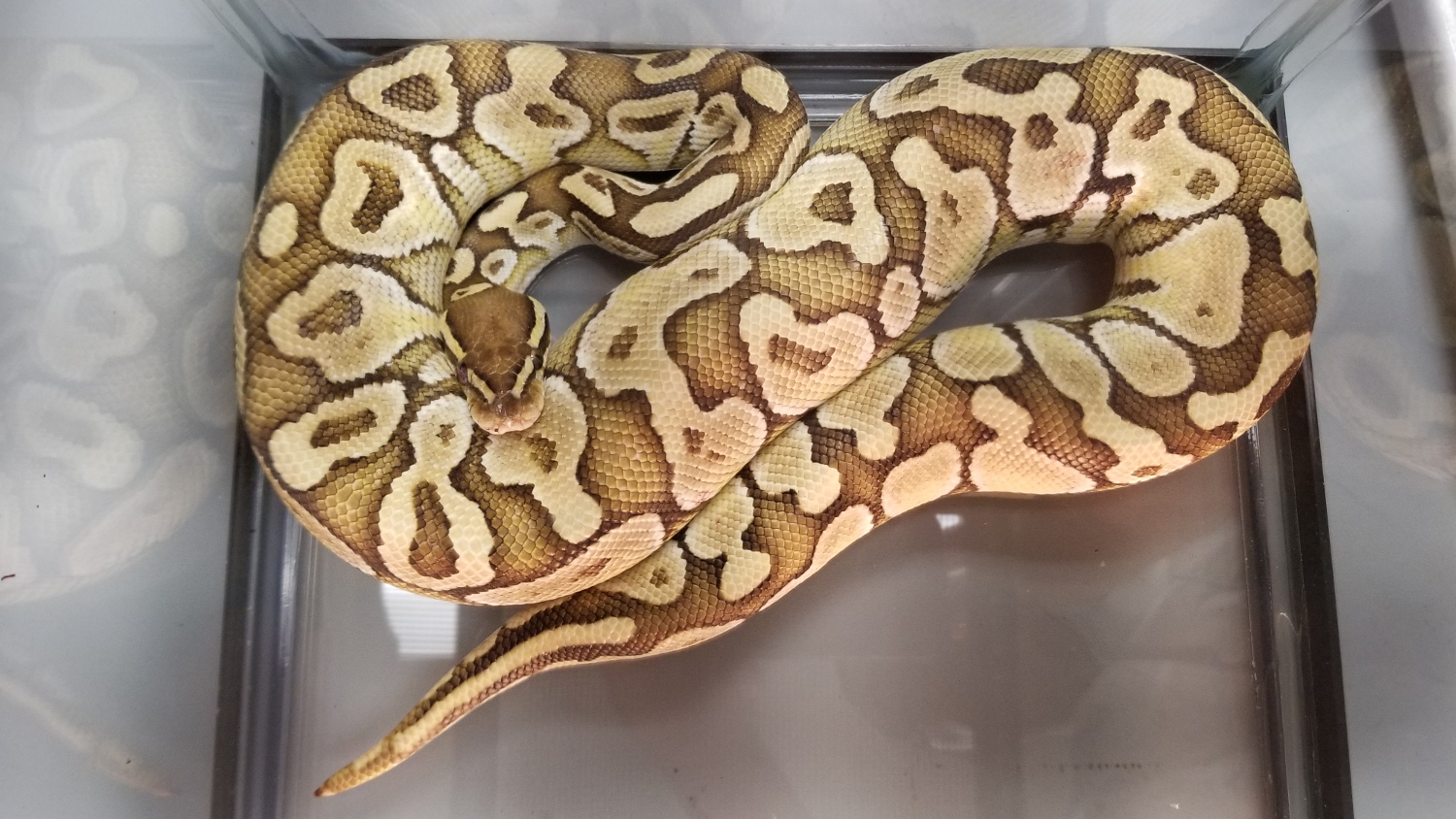 HILO, Hawaiʻi - The live, non-venomous ball python is being safeguarded by the Hawaii Department of Agriculture in Hilo after it was run over by a car last night near Old Airport Road.

(BIVN) – A snake that was run over by a car in Hilo last night is still alive, officials say, and is being safeguarded by the Hawaiʻi Department of Agriculture.

The non-venomous ball python was hit by a woman who reported that she was driving on a side road near Old Airport Road on Thursday evening at about 8:45 p.m. Her grandson, who was with her in the vehicle, “picked up the snake thinking it was dead, put it in a cardboard box and they called Hawaii County police, which immediately notified HDOA,” the state reports. “The snake is tan and brown in color, measures about 3 feet long and weighs about 2 pounds. The current condition of the snake appears to be good.However, when an HDOA inspector arrived to retrieve the snake, it was still alive.”

The ball python is tan and brown in color, measures about 3 feet long and weighs about 2 pounds. According to the State Department of Agriculture:

Ball pythons are common in the pet trade and are native to Sub-Saharan Africa. They are constrictors that subdue prey by coiling around it, causing death by suffocation. Their diet usually consists of small mammals and birds. Ball pythons may grow up to six feet long. 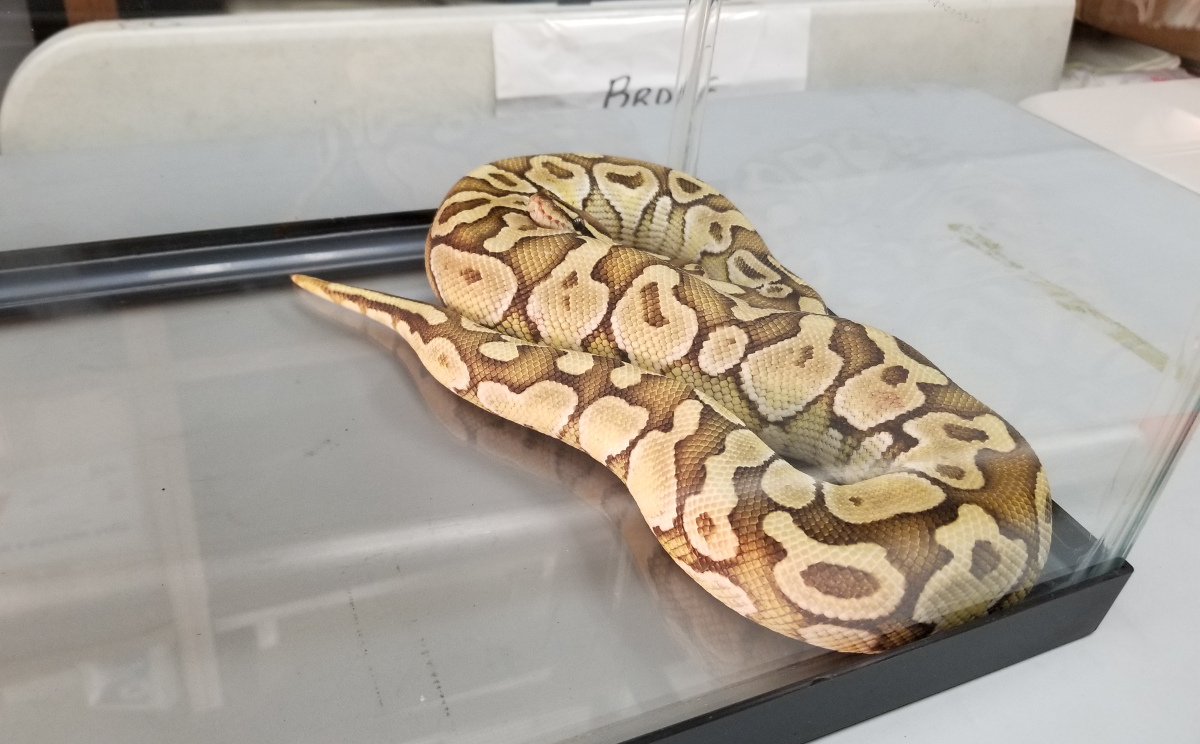 Officials say the current condition of the snake appears to be good.

“It is not known how the snake may have gotten to the heavily forested area,” the state reported. “HDOA agricultural inspectors are conducting a search of the area and will be deploying traps to help ensure that no other snakes are in the area.”

This is not the first ball python to be found in the general area in the last year or so. n June 2018, a 4 and a half foot long ball python was found at the South Hilo Sanitary Landfill by county workers. The origin of that snake is still unknown, the state says.

“We do not encourage people to handle snakes that they may find because the species and condition of the snake may not be easily determined,” said Phyllis Shimabukuro-Geiser, chairperson of the Hawaii Board of Agriculture. “If possible, they should try to contain it and prevent its escape and contact the state’s toll-free pest hotline at 643-PEST (7378) or the police department.”

Snakes are illegal to transport and possess in Hawaiʻi. “Snakes and large reptiles have no natural predators in Hawaii and pose a serious threat to Hawaii’s unique ecosystem as they compete with native animal populations for food and habitat,” state ag officials warn. “Many species also prey on birds and their eggs, increasing the threat to our endangered native birds. Large snakes may also be a threat to humans and small pets.”

The Hawaiʻi Department of Agriculture added: