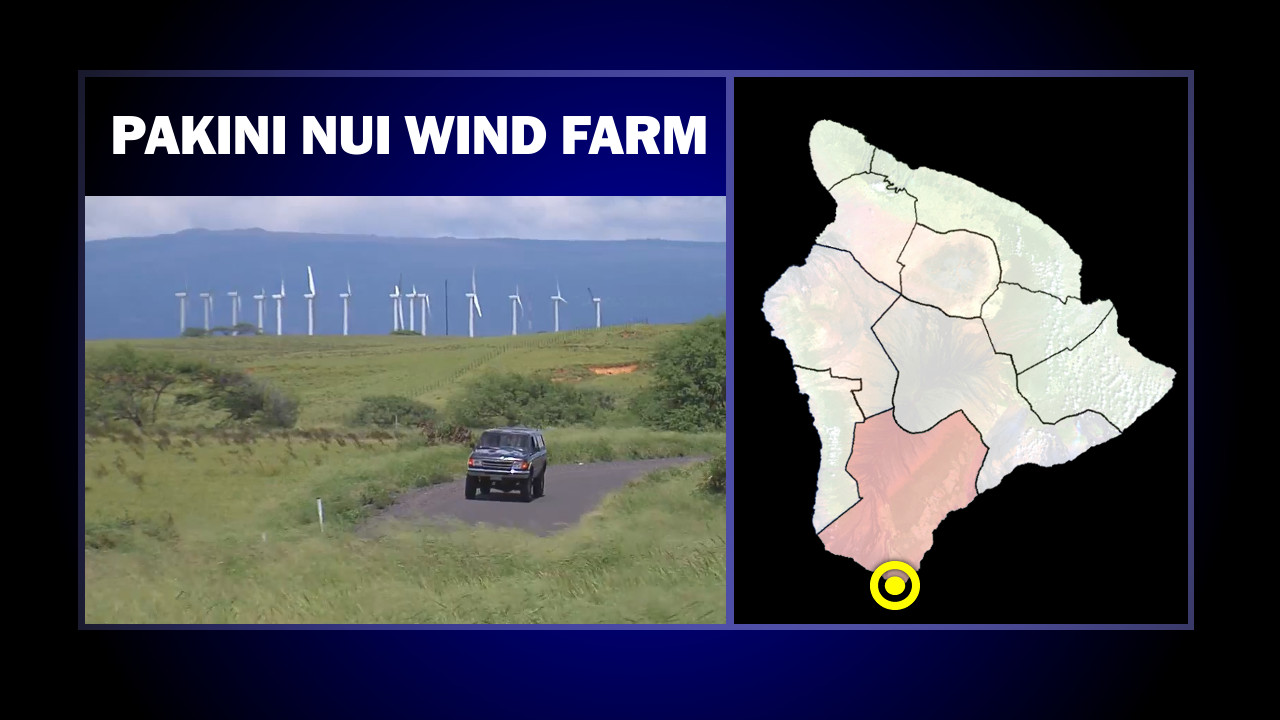 KAʻŪ, Hawaiʻi - Tawhiri Power, LLC is requesting a 20-year Incidental Take License for the Pakini Nui Wind Farm on the island of Hawai‘i to permit incidental take of the Hawaiian Hoary Bat, the Hawaiian Petrel, and the Nēnē.

(BIVN) – The operation of a wind farm at South Point on Hawaiʻi Island might result in the killing of three species listed under the federal Endangered Species Act, and the owners are applying for a license to do so.

Tawhiri Power, LLC, the owner and operator of the Pakini Nui Wind Farm, is requesting a 20-year Incidental Take License from the Hawai‘i DLNR Division of Forestry and Wildlife that would allow for the incidental take of the Hawaiian Hoary Bat (Lasiurus cinereus semotus), the Hawaiian Petrel (Pterodroma sandwichensis), and the Hawaiian Goose or Nēnē (Branta sandvicensis).

Tawhiri is also applying to the U.S. Fish and Wildlife Service for a federal Incidental Take Permit, documents say.

According to the executive summary of the wind farm’s plan:

Pakini Nui Wind Farm’s Habitat Conservation Plan details the low wind speed curtailment that serves as an operational minimization measure, and it also explains how mitigation measures will be used to offset the impacts of potential incidental take.

Mitigation for the incidental take of nēnē is for predator control and nest protection at a breeding pen located at Pi‘ihonua, the document states.

The Endangered Species Recovery Committee will review the Pakini Nui Wind Farm Habitat Conservation Plan during its meeting at the Kalanimoku Building in Honolulu at 9 a.m. on October 23.