HILO, Hawaiʻi - After two days of discussion, commissioners decided they lack jurisdiction over the matter related to the conservation district on Mauna Kea. 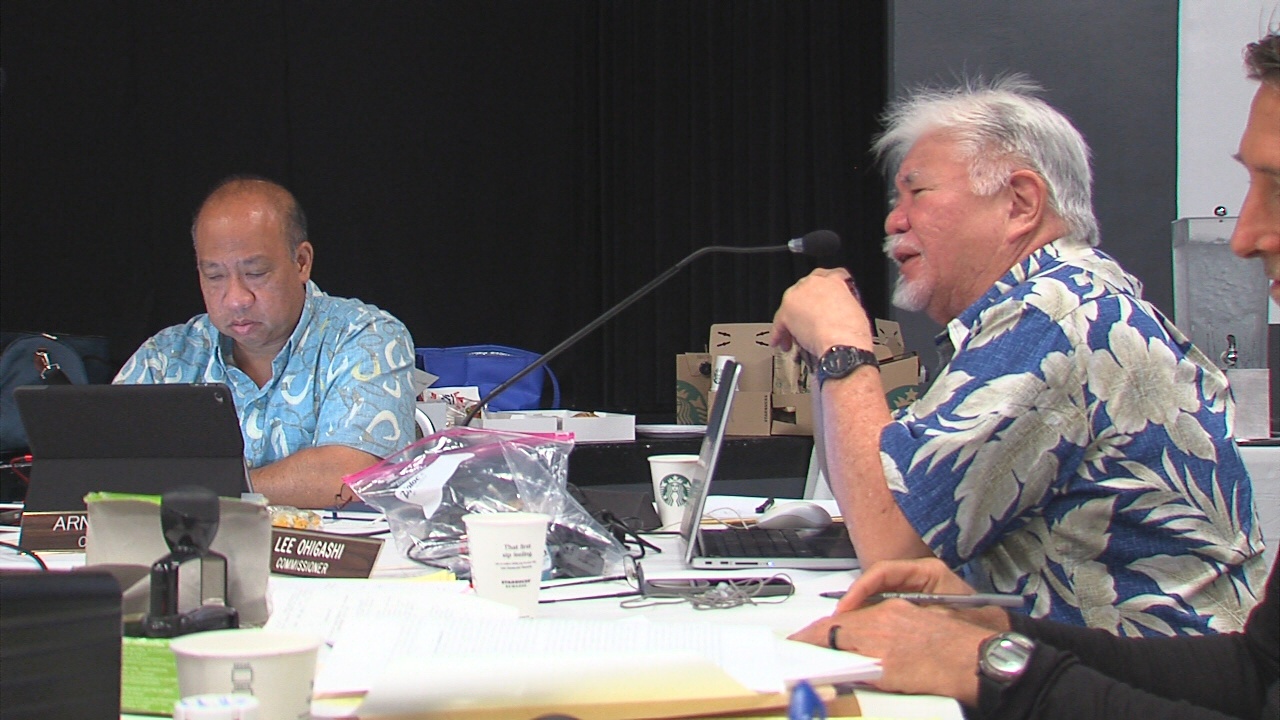 Land Use Commission in Hilo

(BIVN) – The State Land Use Commission rejected a petition on Friday that asked for a Declaratory Order concerning what Kuʻulei Higashi Kanahele and Ahiena Kanahele called “the invalid classification of the de facto and improper industrial use precinct” on conservation district lands on Mauna Kea.

With a 5 to 2 vote, the commission decided it did not have jurisdiction over the issue.

The matter comes amid a stalemate over the planned Thirty Meter Telescope between opponents who are holding space on the Mauna Kea Access Road and the government that permitted the project to build on the mountain.

The conservation district atop Mauna Kea is state land, where 13 observatories already exist in an Astronomy Precinct under the University of Hawaiʻi. UH holds the lease from the Hawaiʻi Board of Land and Natural Resources.

The University of Hawaiʻi successfully argued that the Commission does not have the authority to order landowners to file district boundary amendments and that the petitioners do not have the authority to initiate a petition for district boundary amendments. It also said that the Commission does not have enforcement or zoning authority regarding uses within the state conservation district. Only the Hawaiʻi BLNR has that power.

Lawyers for the Thirty Meter Telescope reminded the Commission that the BLNR held a contested case on the TMT’s conservation district use permit, which was granted and later upheld by the Hawaiʻi Supreme Court. “The Commission should view and treat the Petition for what it is — an improper attack on the TMT CDUP,” stated attorney Douglas Ing in written testimony.

In addition, the State Office of Planning argued that the issuance of a Declaratory Order “would adversely affect the interests of the State in litigation that may be reasonably expected to arise.”

The petitioners brought forward attorney Lance Collins, who said that while “the counties and the DLNR govern the use of land within a district, they do not have authority to classify lands into districts or determine whether district boundaries should be amended to reclassify land from one district to another.”

“That power is solely vested in this commission,” Collins said.

Collins’ testimony and the ensuing back and forth with the commissioners captivated the audience in the Grand Naniloa Hotel’s Crown Room, but it was not enough to persuade the Land Use Commssion to grant the petition.

Some of the questions that the commissioners asked Collins foreshadowed the ruling that would later be made.

“If the Commission chooses to state that we do not believe that we have the authority to rule on this Declaratory Order, what would be the consequences of that decision?” asked LUC chair Jonathan Scheuer.

“One possibility is that you’ll be subject to an appeal,” Collins answered, but, he added, “that’s probably regardless of what happens. This is very likely going to end up in the courts.”