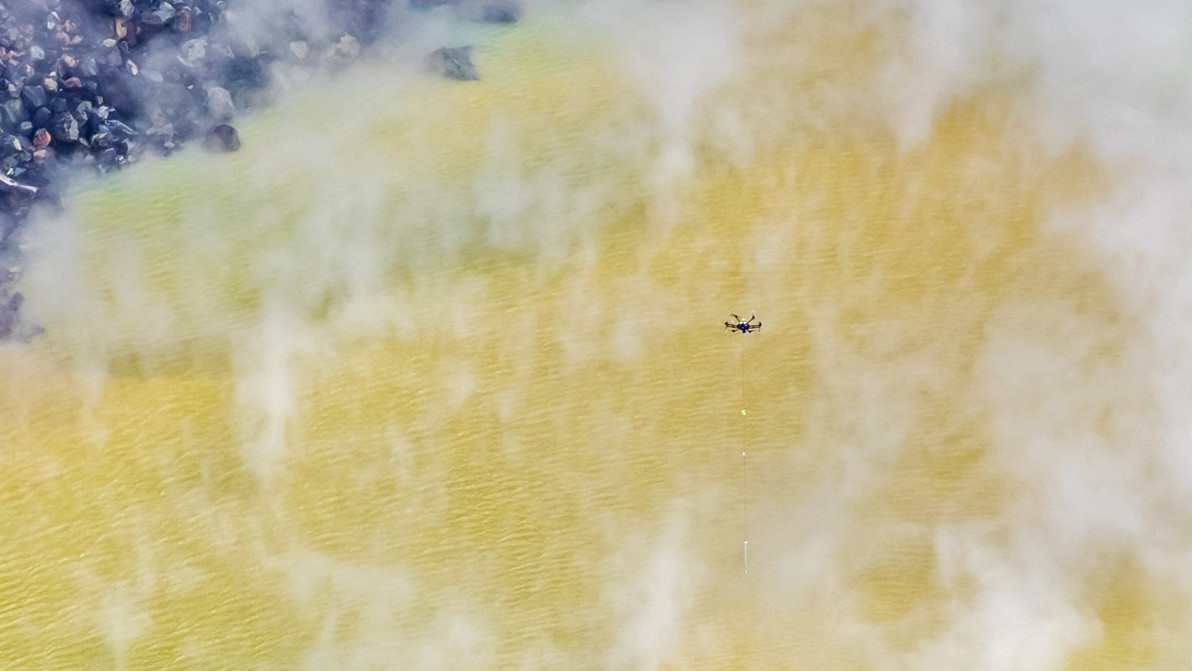 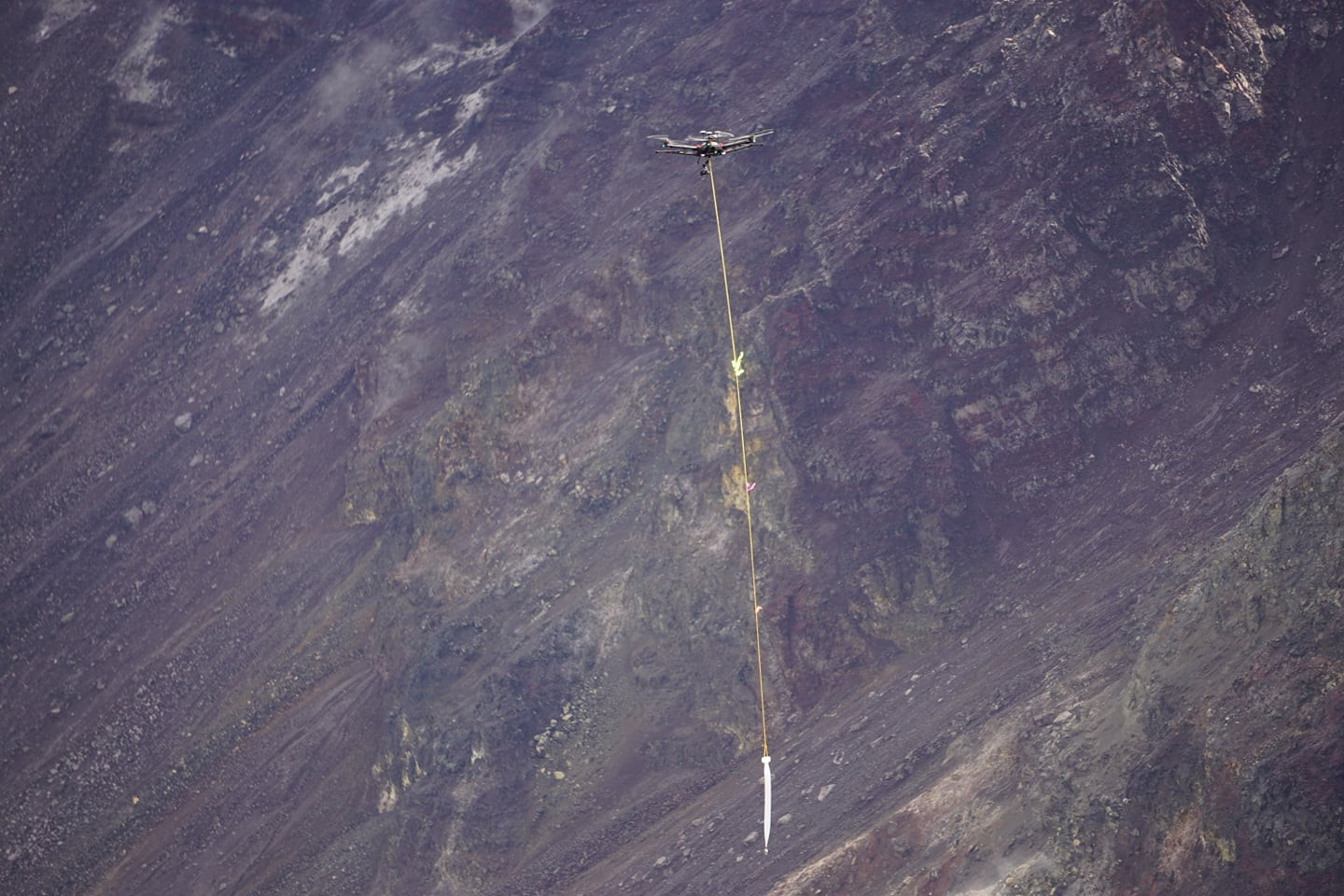 (BIVN) – As the water level of the new crater lake at the summit of Kīlauea Volcano continues to slowly rise, and size of the pond gradually enlarges, scientists have managed to gather a sample using an unmanned aircraft system, or UAS.

On October 26, the USGS Hawaiian Volcano Observatory took an important step “in unlocking the secrets of this body of water”, a social media post from Hawaiʻi Volcanoes National Park announced. “They launched a specialized unmanned aircraft system, UAS, that gathered photographs, gas measurements and a water sample from its scalding hot surface. Once the data is analyzed, USGS will announce its findings,” the post stated. 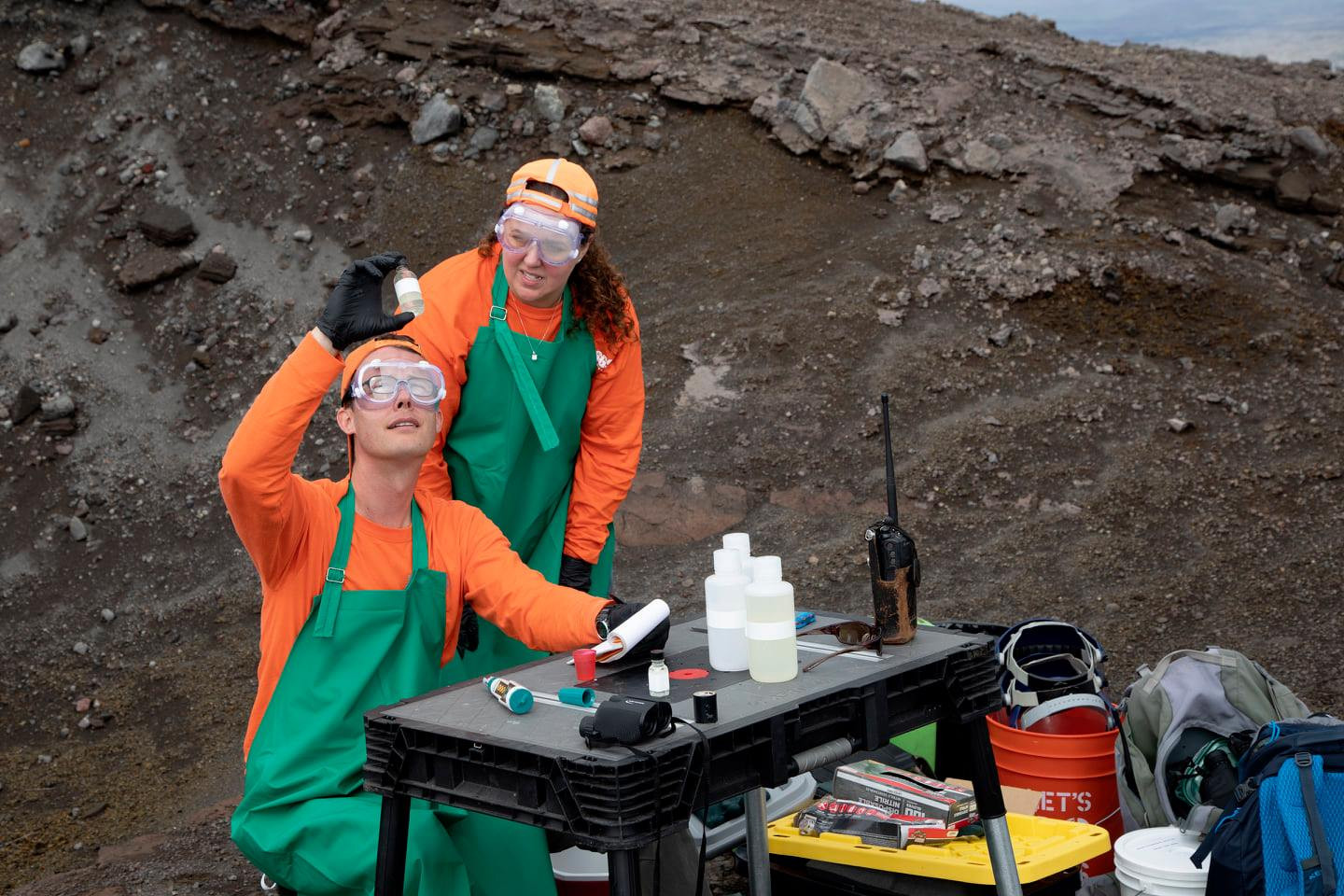 As of October 25, the lake at the bottom of Halemaʻumaʻu was reported to be at least 460 feet wide in the east-west direction. The National Park Service says the water is estimated to be 33 feet, with a temperature of 70 degrees Celsius, or 158 degrees Fahrenheit.

“Using a UAS is the safest way to gather this groundbreaking research,” the National Park Service stated. “Although scientists are confident the lake is the rising water table known to exist within Kīlauea, never before in modern history has there been water visible at the summit of Kīlauea in the form of a lake.”

The USGS HVO performed the mission with support and approval from Hawai‘i Volcanoes National Park.

Kīlauea Volcano is not erupting, and monitoring data have shown no significant changes in volcanic activity during September, scientists said in this month’s update.