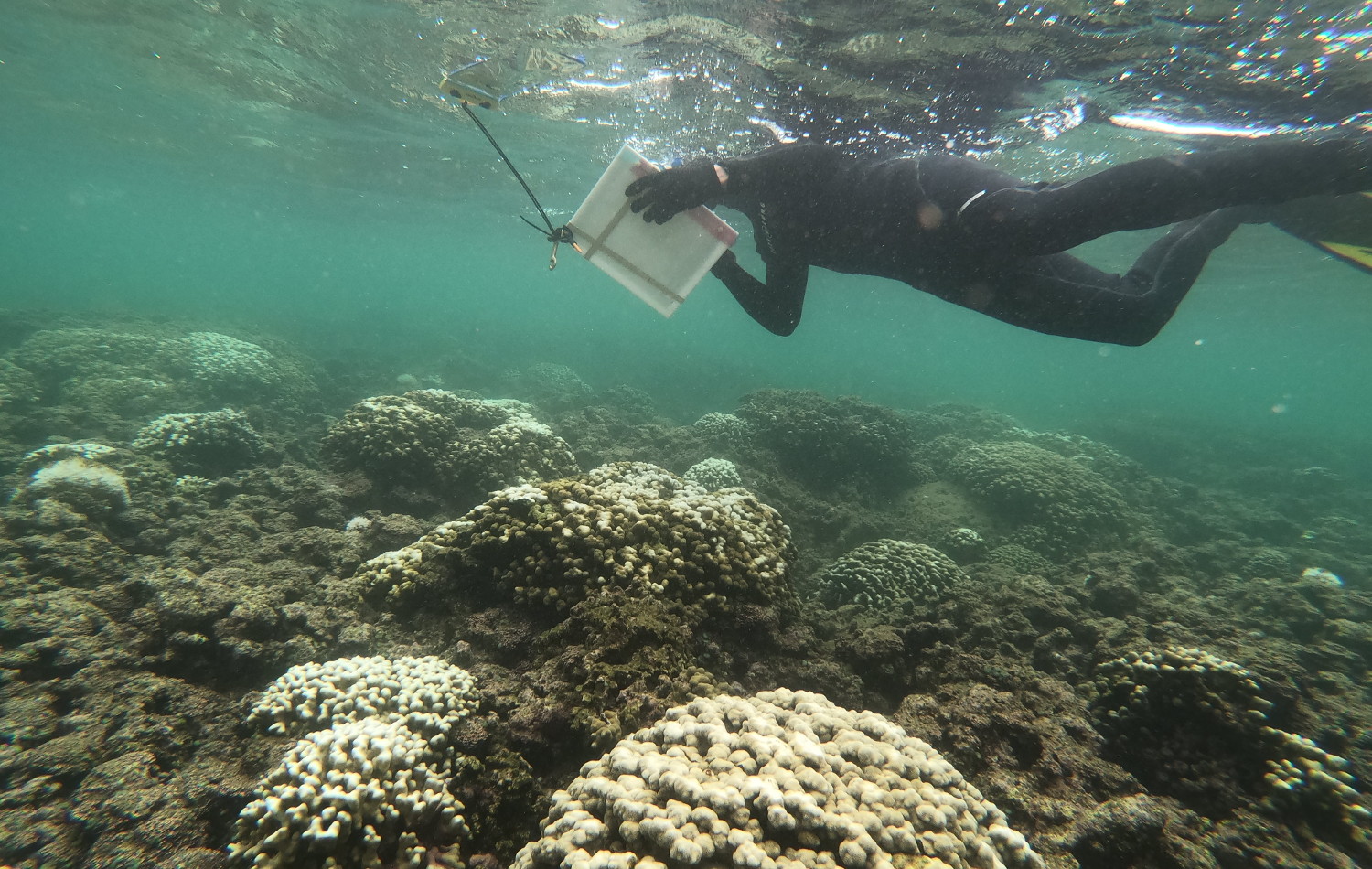 Coral Bleaching Widespread, But Not As Severe As Predicted 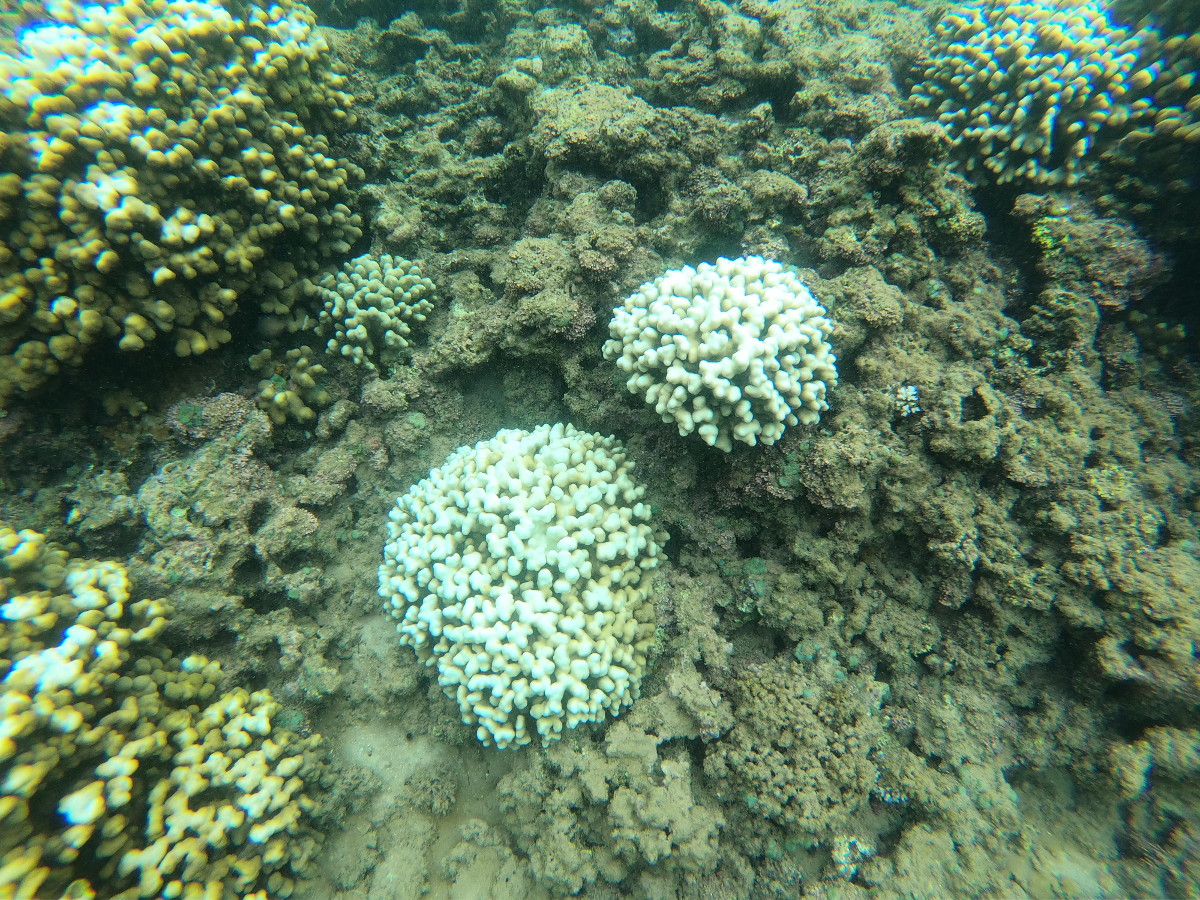 (BIVN) – The majority of the sites surveyed off Hawaiʻi Island showed some level of coral bleaching, with areas along the Kona coast most affected, state officials announced Tuesday, while at the same time saying the overall event was not as severe as predicted.

The Hawaiʻi Department of Land and Natural Resources issued this media release:

The widespread coral bleaching event predicted by the National Oceanic and Atmospheric Administration (NOAA) did impact reefs across Hawai‘i, beginning with warm ocean temperatures in the summer, extending into the fall.

For the past two months, teams from the DLNR Division of Aquatic Resources (DAR), NOAA, The Nature Conservancy, the Hawai‘i Institute of Marine Biology and the Arizona State University Center for Global Discovery and Conservation Science, conducted rapid assessments of coral health along coral reef tracts throughout the state. They report cauliflower and rice corals were most impacted.

“Conditions for corals are now improving with sea surface temperatures beginning to drop,” according to Gerry Davis with NOAA Marine Fisheries. He explained, “While bleaching this year was not as devastating as the events seen across the Hawaiian Islands in 2014 and 2015, the DAR surveys, along with NOAA observations and reports from ocean users to the Hawai‘i Coral Bleaching Tracker, show there still was substantial bleaching found on all islands.” As much as half of live coral bleached in the most heavily affected areas.

On Hawai’i Island, the majority of the sites surveyed by the DAR teams showed some level of bleaching. The areas most affected by the by bleaching were along the Kona coast, with an average of 40% live coral bleached in many survey locations. Several locations there were heavily bleached in the 2015 event which resulted in high mortality. “This has resulted in less coral cover in 2019 as previous bleaching has reduced the amount of live coral in some of these places,” according to Brian Neilson, DAR Administrator.

On Maui, bleaching surveys showed that the amount of coral impacted was less than in 2014 and 2015, but areas with low coral from previous events were more severely impacted this year. For instance the near-shore reef at Pa’ia, where the live coral cover is only 5%, more than three-quarters of the live coral left, bleached. As reported earlier, reefs in Molokini’s crater experienced upwards of 50% of corals bleached. At Olowalu, routine monitoring in August did detect numerous Porities corals bleached and overgrown with turf algae.

Several locations on O‘ahu were surveyed for bleaching the first time this year, in what were the most extensive island-wide surveys yet conducted by DAR aquatic biologists and technicians.

At Lanikai, in Windward O‘ahu, a beach known for its white sand and heavy visitation draw, bleaching has covered an estimated 55% of live corals. This is a higher percentage than reported during the last bleaching event.

Also on Windward O‘ahu, surveys teams looked at numerous patch reefs in Kaneohe Bay. DAR Aquatic Biologist Kim Fuller led the efforts there and at other locations around the island. She reported, “On the patch reefs, bleaching was patchy. On some reefs more than 50% of the corals have turned the tale-tale snowwhite color which makes it easy to spot bleached corals, while on other reefs nearby, maybe only 10-20% was bleached.”

“Kaua‘i’s reefs mirrored this year’s statewide trend with extensive bleaching in some areas and less in others, but overall the 2019 event appears to be less severe than those of four and five years ago,” Fuller added.

The reefs along Molokai’s south shore were also surveyed and also showed the same trend, where cauliflower and rice corals experienced the worst of it.

DLNR Chair Suzanne Case concluded, “We hope that greater awareness of the constant stresses we all put on our coral reefs and the steps we can take to reduce those impacts, helped the corals persist during this event. This is why we encourage everyone, especially commercial tour operators who take people into the ocean, to sign The Coral Pledge (also announced today). Our efforts to protect, preserve and perpetuate Hawai‘i’s coral reefs as the foundation of the ocean will take knowledge and constant awareness from all of us. The steps outlined in the pledge are the best way for everyone to do their part – simple steps, to save corals.