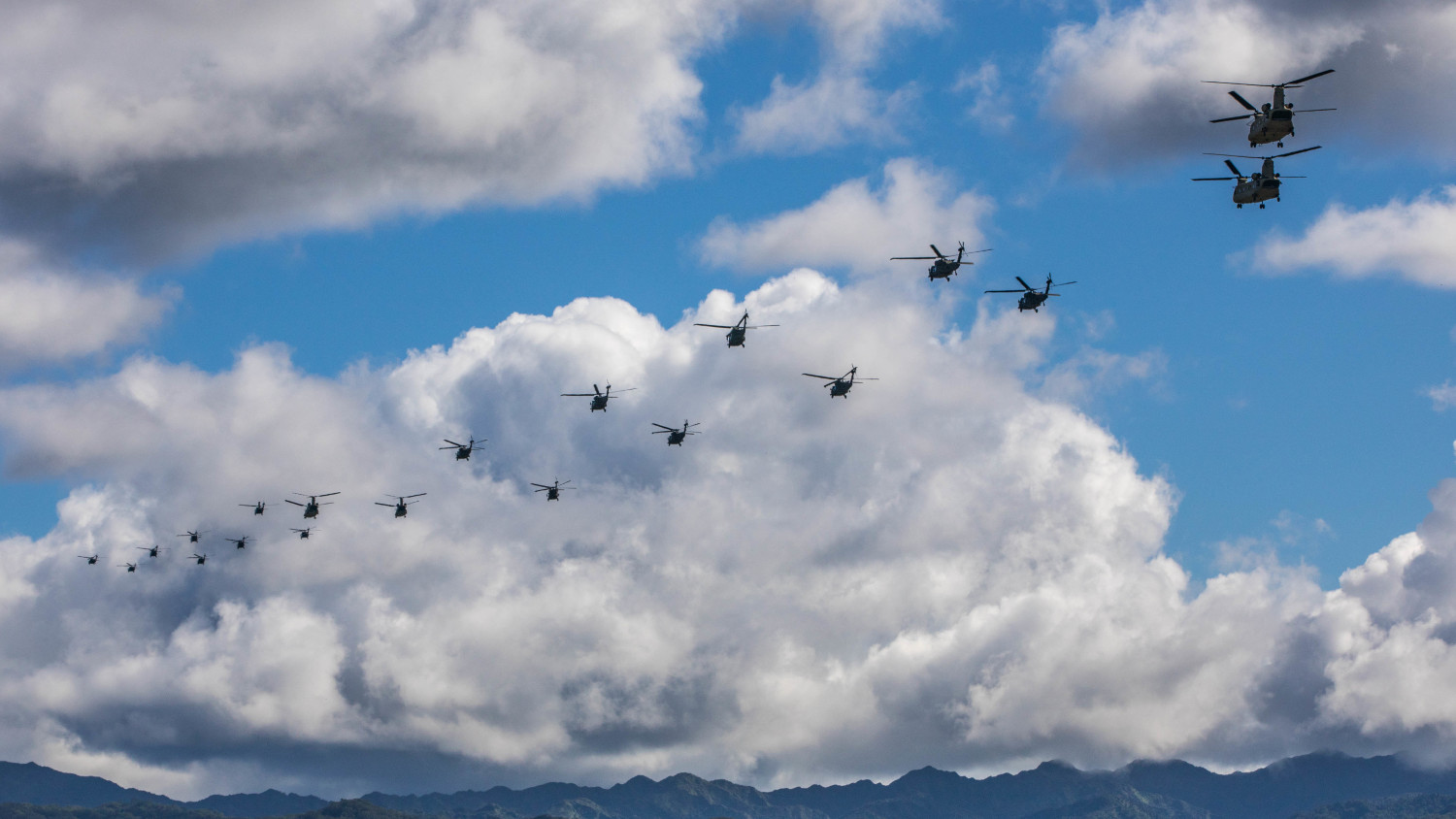 PŌHAKULOA, Hawaiʻi - A "large muscle movement" to move soldiers and equipment intra-island for an upcoming exercise was captured in photos and released to the public. 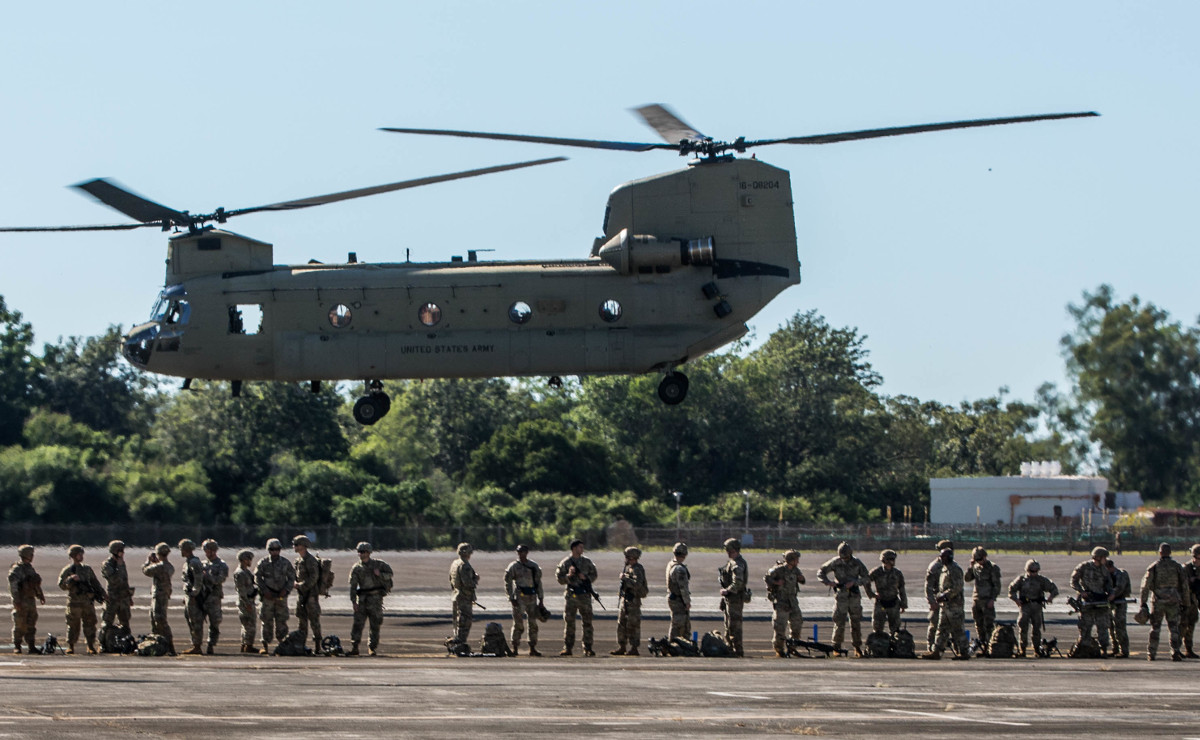 (BIVN) – Helicopters filled the sky between Oʻahu and Hawaiʻi Island on Tuesday.

Military units are scheduled to conduct vehicle convoy movements on the following dates, times, and destinations:

“Hawaii Island motorists are advised to be aware of the multi-vehicle convoys that are often travelling at much slower than normal speeds, and will pull over to allow other motorists to pass safely,” the PTA advisory said. “The US Army at PTA appreciates the understanding, patience and continued support of Hawai‘i Island communities.”