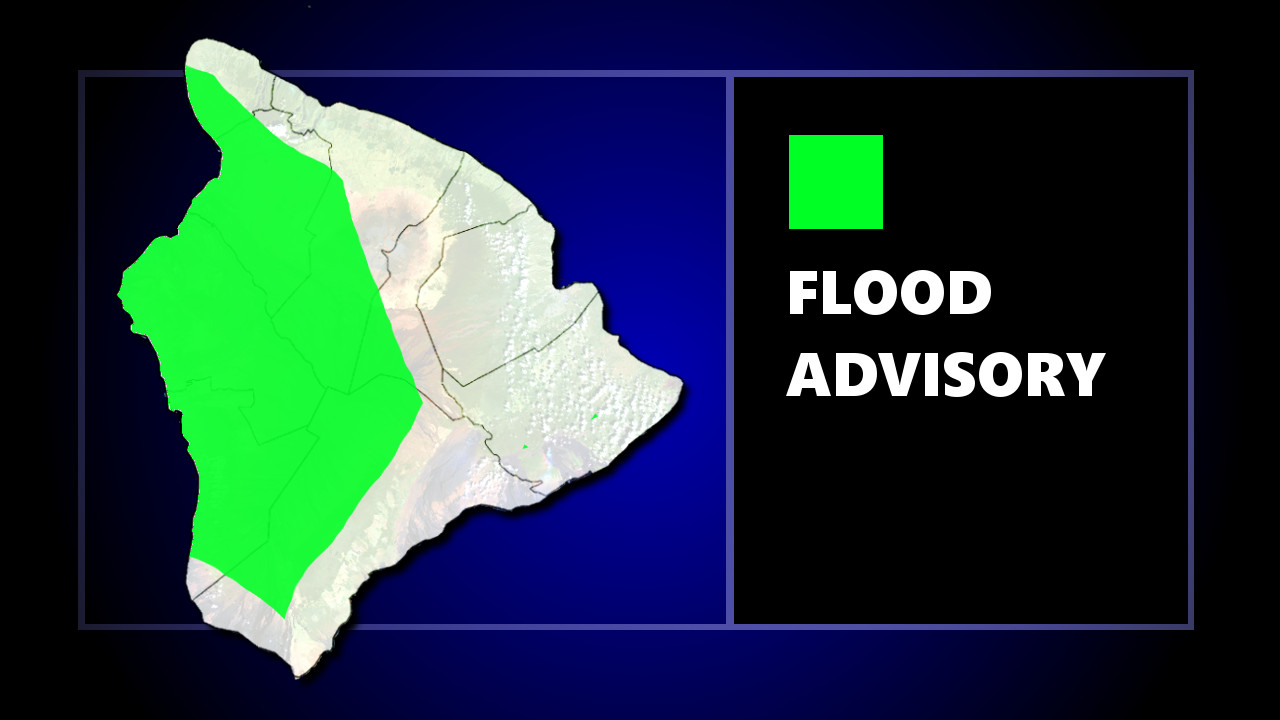 Flood Advisory Issued For Kona Side Of Hawaii Island

KONA, Hawaiʻi - Locations in the advisory include but are not limited to Pohakuloa, Waimea, Waikiʻi, Waikoloa Village, and Kohala Ranch, weather forecasters said.

(BIVN) – The National Weather Service in Honolulu has issued a Flood Advisory for the western portion of the island of Hawaiʻi until 6:30 p.m. HST on Monday.

At 3:30 p.m. HST, radar indicated slow-moving thunderstorms over leeward and interior portions of the Big Island, the advisory stated. Heaviest rain was between Pohakuloa and Waimea, and between Waikoloa and leeward Kohala, where rainfall rates greater than 2 inches were occurring.

Forecasters say locations in the advisory include but are not limited to Pohakuloa Camp, Waimea, Waikiʻi, Waikoloa Village, and Kohala Ranch.

The National Weather Service says “an unsettled weather pattern will persist across the island chain through Tuesday, with locally heavy rainfall and thunderstorms possible statewide. The airmass will stabilize by Wednesday, but a showery wet trade wind pattern is expected to hold through the weekend.”

A Flash Flood Watch remains in effect for the entire island through late tonight.