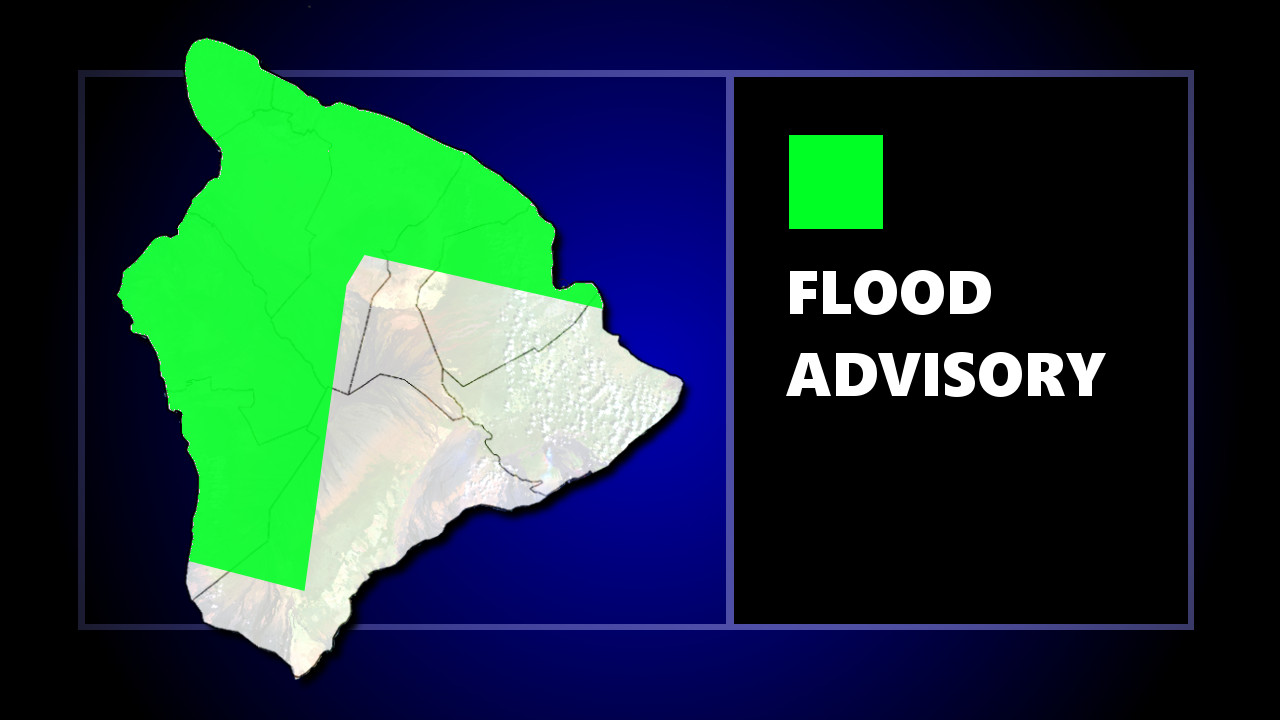 UPDATE (6 p.m.) – The Flood Advisory is no longer in effect, however as of 6 p.m. Tuesday evening thunderstorms continue to be observed around the Hilo area. The Flash Flood Watch continues.

(BIVN) – The National Weather Service in Honolulu has issued a Flood Advisory for much of Hawaiʻi Island.

The alert was issued after radar indicated heavy rain near Paʻauilo just before 2 p.m. HST. The advisory is in effect until 5 p.m.

Locations in the advisory include but are not limited to Kailua-Kona, Paʻauilo, Waipiʻo Valley, Hawi, Pepeʻekeo, Honaunau, Waimea, Kawaihae, Honokaʻa, Kealakekua, Oʻokala and Kapaʻau.

The Hawaiʻi County Civil Defense also issued a message to residents, saying that a Flood Advisory is “issued when flooding problems, such as flooding in low-lying areas and areas of poor drainage, as well as minor flooding of streets and roadways are possible.”

Due to the Flood Advisory, civil defense says the following are issued: