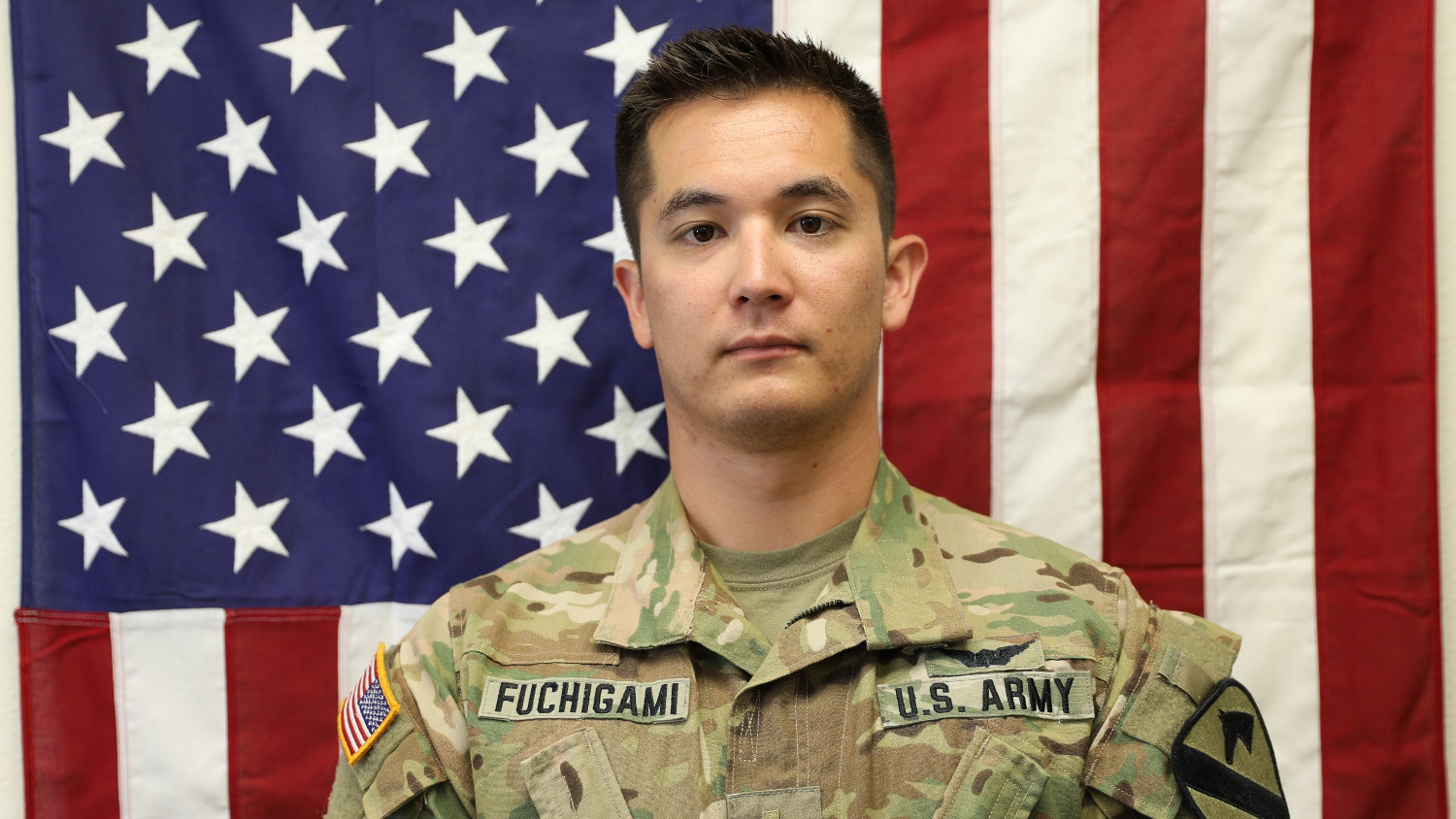 (BIVN) – A 25 year old U.S. Army soldier from Keaʻau has died in Afghanistan.

Chief Warrant Officer 2 Kirk T. Fuchigami Jr of the 1st Cavalry Division was killed on November 20 in Logar Province, Afghanistan. Fuchigami was involved in a helicopter crash while providing security for troops on the ground in support of Operation Freedom’s Sentinel.

The Department of Defense provided this additional information on Fuchigami:

“Chief Warrant Officer Two Kirk Fuchigami served our country with courage and distinction. His death is a loss that will be felt across the Big Island and the state of Hawai‘i, and as a nation, we will always remember his sacrifice. We extend our deepest condolences to his wife, family, and friends during this very difficult time. We only hope that they find comfort in knowing that his service exceeded all measures of honor. In life, Chief Warrant Officer Two Fuchigami was a guardian of liberty. In rest, may he find the peace we all seek.”

“The people of Hawaiʻi join me in extending our deepest condolences to the family and friends of Chief Warrant Officer 2 Kirk T. Fuchigami, Jr., who paid the ultimate price for our freedom while serving his country in Afghanistan. Let us come together to support the family of this fallen soldier and honor his life, now and in the coming months and years.”