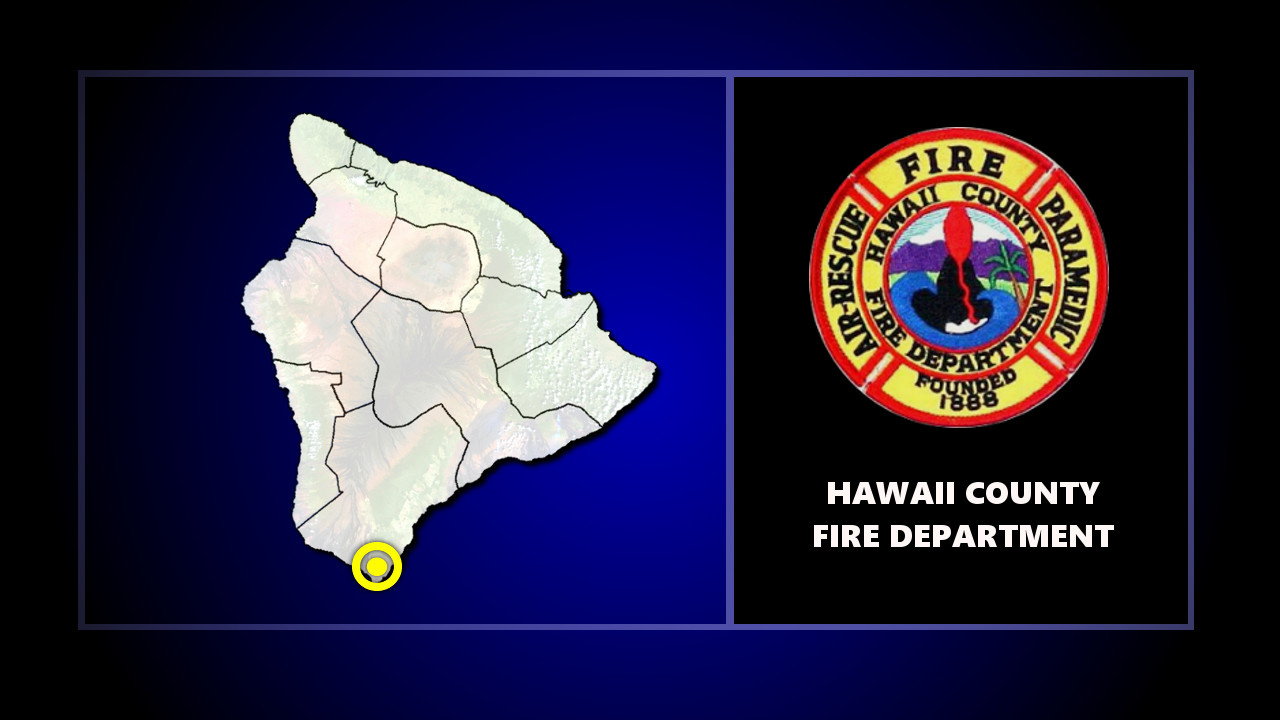 KAʻŪ, Hawaiʻi - Kamaʻoa Rd between Holokai St and South Point Rd in Ka'u is now OPEN to all traffic.

(BIVN) – A man was found dead after an apparent crash in the Kaʻū district.

On Sunday at 10 a.m HST, a single vehicle was found overturned in the brush off Kamaʻoa Road, a half mile east of the South Point Road intersection.

A restrained male driver, 20 to 30 years in age, was found inside the vehicle with no signs of life. “Obvious DOA,” the fire department noted.

The convertible had extensive damage to the front end and cab, fire officials say.

A rescue chopper was enroute, but was cancelled. The male driver was extricated by Company 11 and the scene was turned over to the Hawaiʻi Police Department .

The police issued an alert an 1:39 p.m., saying that Kamaʻoa Road between Holokai Street and South Point Road was closed while they investigated the traffic accident.

The cause of the apparent crash is unknown, the fire department says.

The 35-year-old man has been positively identified as Paul Ray Roby.

Responding to a 9:55 a.m. call, police determined that a white 2000 Mercedes-Benz convertible heading east had run off of the right shoulder (Makai side) of the roadway. The vehicle went an 8-foot embankment and struck several trees before overturning on its top. The male driver was transported to the Kona Community Hospital where he was later pronounced dead at 4:27 p.m.

Police do believe that speed and alcohol are factors in the crash.

The Area II Traffic Enforcement Unit has initiated a Coroner’s Inquest investigation and is asking for anyone who may have witnessed the accident to contact Officer Jason Foxworthy at (808) 326-4646 ext. 229.

This is the 22nd traffic fatality this year compared to 28 at this time last year.