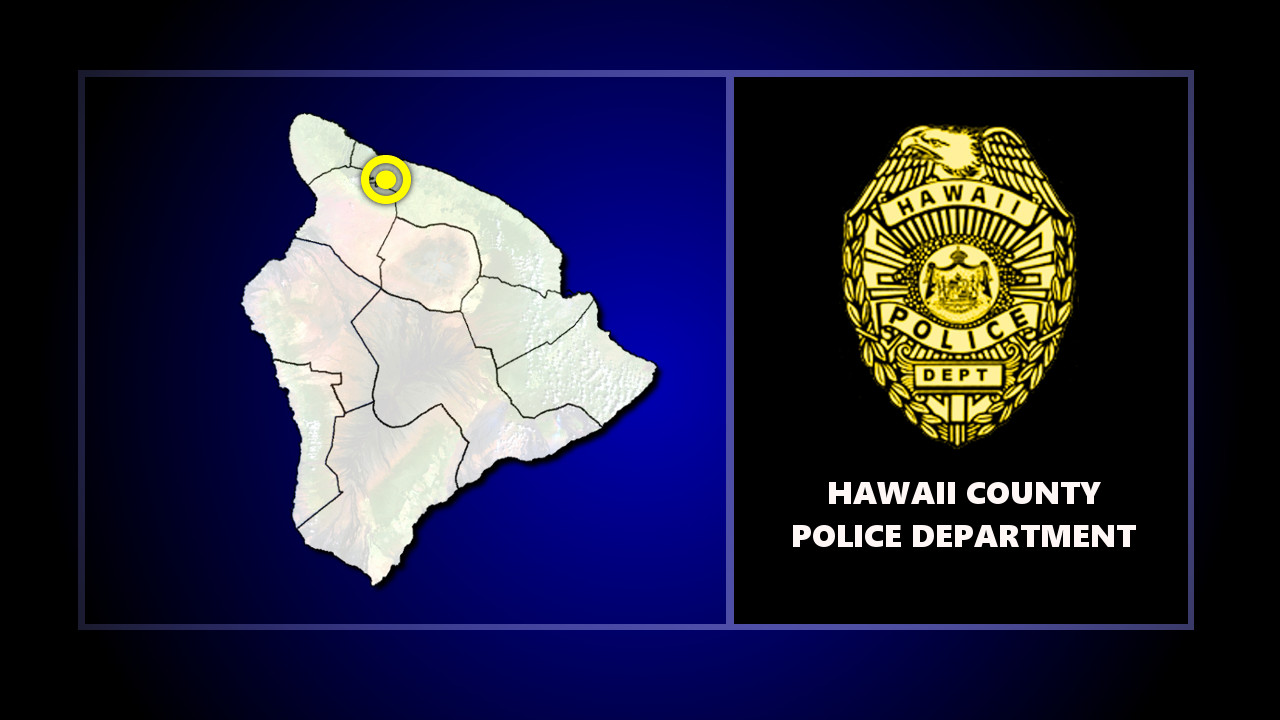 HAWAIʻI ISLAND - A detour was made available for passenger vehicles on Old Mamalahoa Highway on either side of the closure, but large commercial vehicles must use alternate routes.

UPDATE (12:30 p.m.) – The Hawaiʻi Police Department reports Highway 19 between Honokaʻa and Waimea is open in both lanes to all traffic.

(BIVN) – Highway 19 was closed in both directions on Monday morning, between Honokaʻa and Waimea near the 46 mile marker, due to a vehicle collision.

UPDATE (8:40 a.m.) – One person has died and another has been injured in this morning’s crash. Fire officials say a head-on collision resulted in extensive damage to both vehicles. The scene has been turned over to police for investigation.

A 24-year-old male died from injuries sustained in a two-vehicle crash that occurred on Monday morning (November 25) on Highway 19 (Hawaiʻi Belt Road) .5 miles West of the 46-mile marker.

The 24-year-old male has been identified as Lloyd W. Edwards of Honokaʻa.

Responding to a 5:58 a.m. call, police determined that a 2017 Honda Civic 4-door-sedan was heading East (Hilo-bound) on Highway 19 when it crossed the double solid yellow center line into oncoming traffic, striking a 2007 Dodge Ram 1500 pickup truck that was heading West (Kamuela bound).

The driver of the Honda Civic was not responsive at the scene, and was transported to the Hilo Medical Center, where he was later pronounced dead at 11:03 a.m. The driver of the Dodge Ram pickup truck, a 25-year-old male from Honokaʻa, was transported to North Hawaiʻi Community Hospital to be treated for injuries sustained in the crash. The 25-year-old male is in stable condition.

Police believe speed and inattention were factors in the crash.

This is the 23rd traffic fatality this year compared to 28 at this time last year.

UPDATED: At 6:48 a.m., a police Nixle alert said the Highway 19 closure was expected to be 4 to 6 hours. A detour was made available for passenger vehicles on Old Mamalahoa Highway at mile marker 45 on the Honokaʻa side and at mile marker 52 on the Waimea side, the Hawaiʻi County Civil Defense reported. Large commercial vehicles had to use alternate routes, officials said, because bigger trucks and buses would have difficulty navigating through the detour.