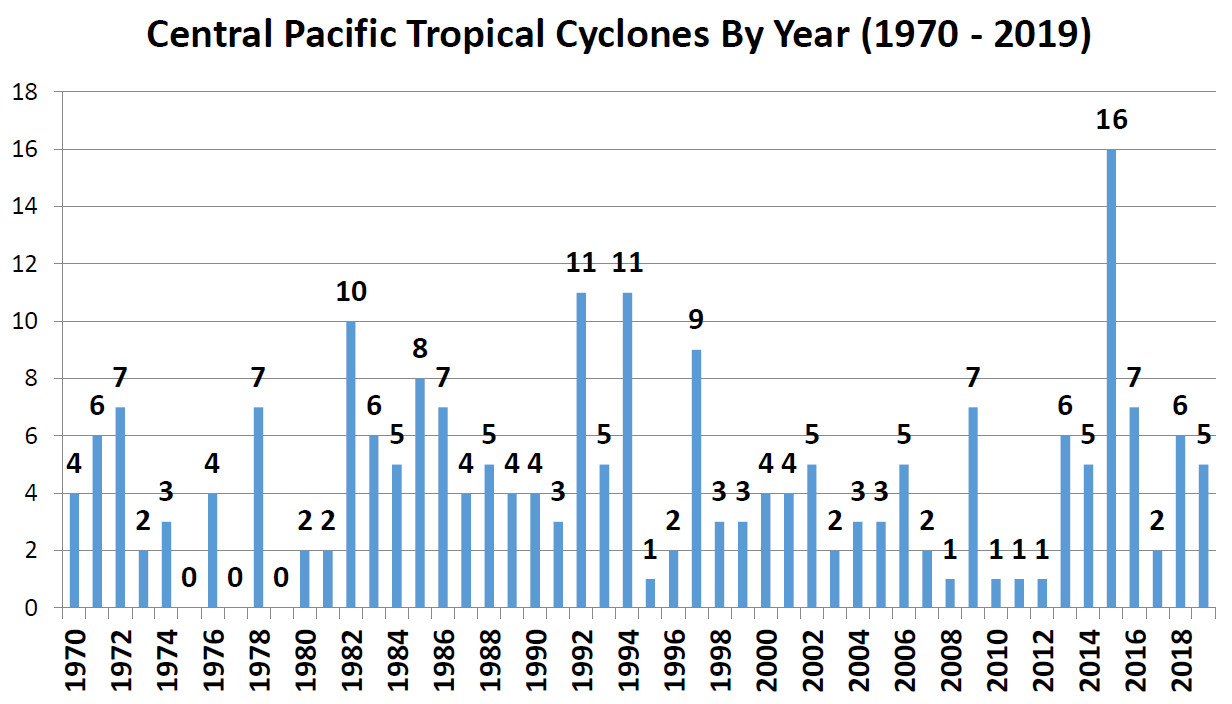 Annual Comparisons, including out of season tropical cyclones (NOAA/NWS)

HONOLULU, Hawaiʻi - The National Weather Service says the El Niño event, which was expected to last through fall, transitioned to neutral conditions by the heart of the hurricane season. 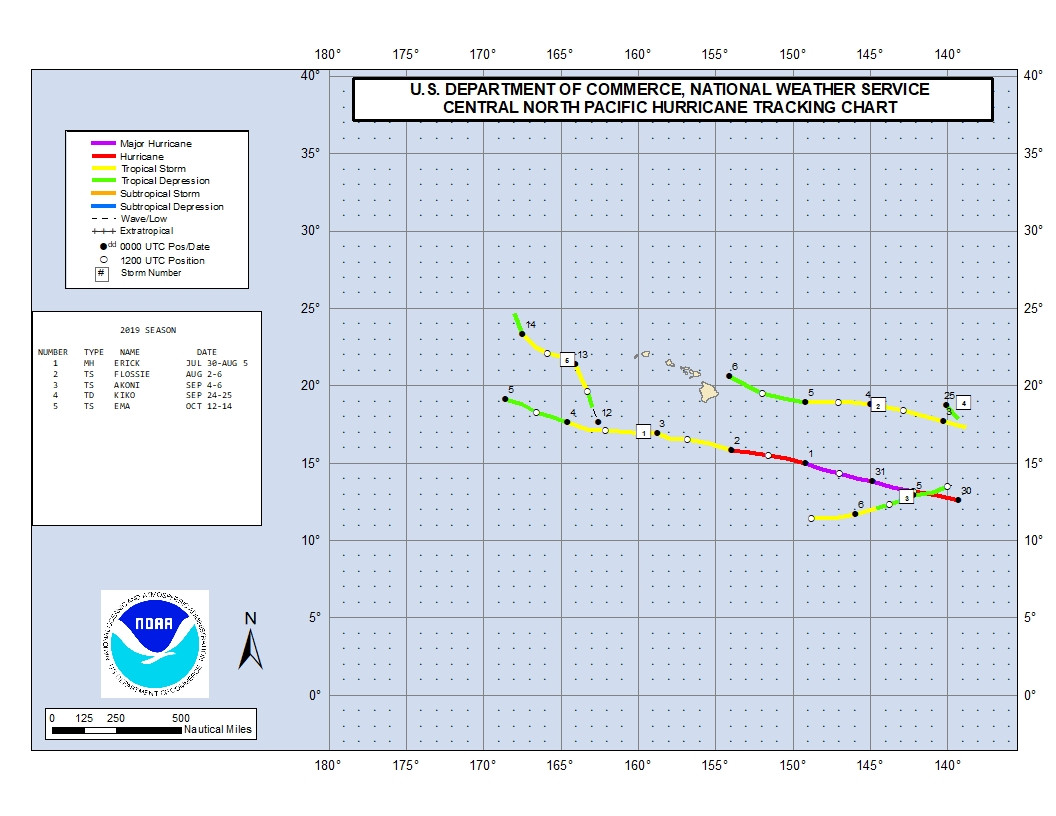 (BIVN) – Hurricane season in the Central Pacific is almost over, and forecasters are already looking back at 2019.

This week, the National Weather Service in Honolulu issued its 2019 Hurricane Season Summary for the Central Pacific Basin, a season which was not as active as anticipated, thanks in part to the early end to El Niño.

The 2019 hurricane season featured five tropical cyclones in the Central Pacific Hurricane Center (CPHC) area of responsibility, which is near the season average. Hurricane season runs from June 1 to November 30. The Central Pacific basin extends from 140°W to the International Date Line. Four to five tropical cyclones occur during an average year.

Impacts to the State of Hawaii: Swells from Tropical Cyclone Barbara, which dissipated just before crossing into the Central Pacific basin, led to high surf along east facing shores of the state during July 6-9. Remnant moisture from Barbara also led to heavy rain across Maui and Hawaii Counties during July 8-11. Swells generated by Tropical Cyclones Erick and Flossie led to high surf along east and south facing shores during August 1-6. Moisture associated with Erick also contributed to heavy rain over Hawaii County on August 2, and across Kauai County during August 4-5.

Hurricane Season Outlook: NOAA’s 2019 hurricane season outlook issued on May 22, 2019, called for five to eight tropical cyclones in the Central Pacific basin, with a 70% chance of above-normal tropical cyclone activity, a 20% chance of near-normal activity, and a 10% chance of below-normal activity. The 2019 season started with an El Niño event that was expected to last through the fall. Instead, steady cooling commenced early in the summer leading to neutral conditions by the heart of the hurricane season.

Here is a list of this season’s tropical cyclone names and highest classification, life cycle dates, and maximum wind speeds while in the central Pacific basin.