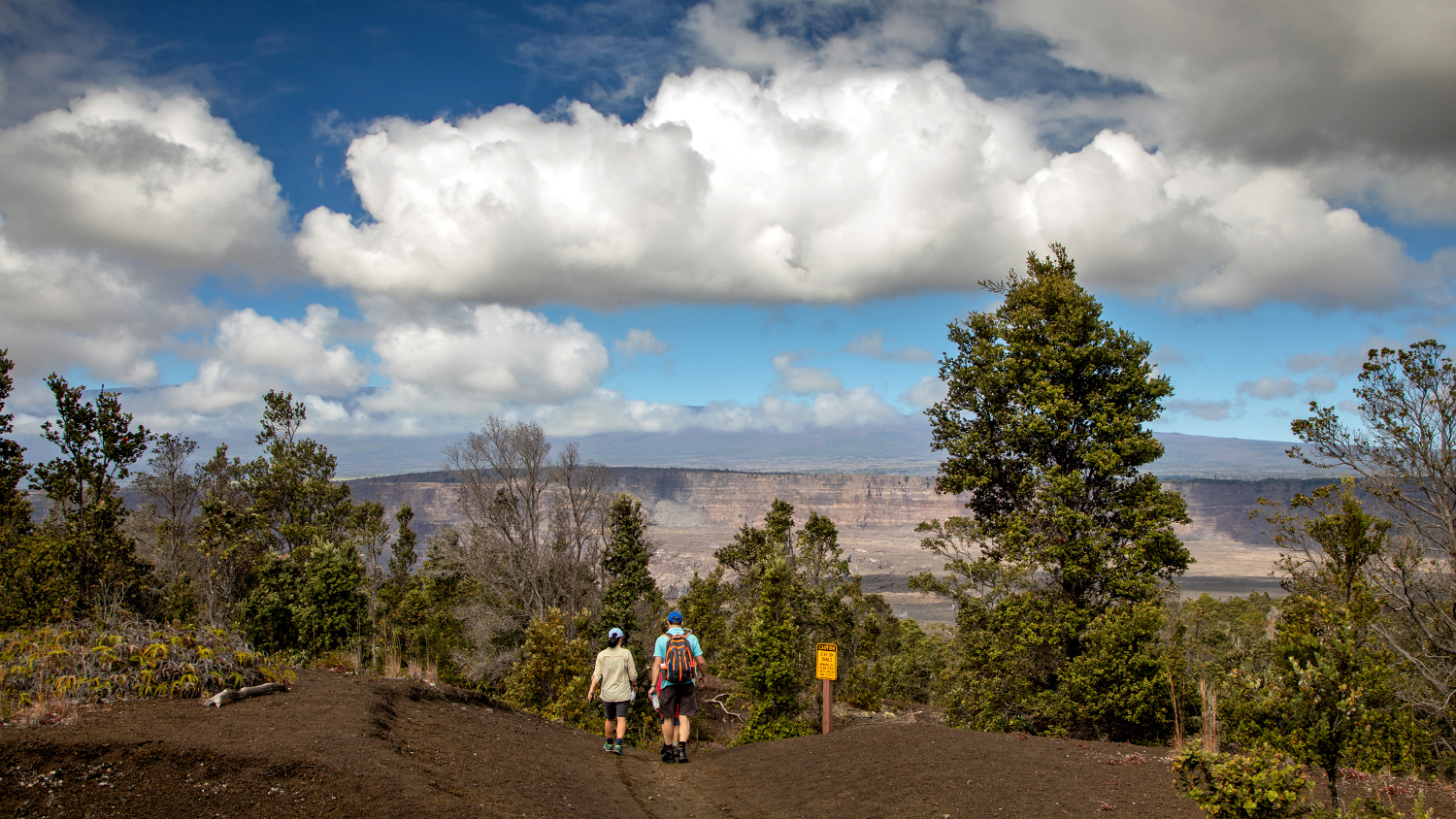 HAWAIʻI VOLCANOES NATIONAL PARK - The National park Service is reminding the public of the new fee, which it says will be used to address infrastructure needs and improve the visitor experience.

(BIVN) – Hawaiʻi Volcanoes National Park is reminding visitors that a new entry fee will go into effect on the first day of the new year.

The complete fee schedule will change as follows on January 1, 2020:

The National Park Service issued this media release on Tuesday:

The public is reminded that Hawai‘i Volcanoes National Park, along with other national parks across America, will modify its entrance fees to provide additional funding for infrastructure and maintenance needs to enhance the visitor experience. Effective January 1, 2020, the entrance fees to the park will be $30 per vehicle, $25 per motorcycle and $15 per pedestrian or bicyclist. The receipt allows entry for seven days.

The Tri Park Pass, an annual pass that allows visitors unlimited entry to the three fee-charging national parks in Hawai‘i, Hawai‘i Volcanoes and Haleakalā National Parks, and Pu‘uhonua o Hōnaunau National Historical Park, will increase from $50 to $55 on January 1, 2020.

In response to public comments on a fee proposal released by NPS in October 2017, the changes reflect a modest increase for all fee-charging parks, rather than the higher peak-season fees initially proposed for 17 highly visited national parks on the mainland.

National parks have experienced record-breaking visitation, with more than 1.5 billion visitors in the last five years. Hawai‘i Volcanoes National Park had 1.1 million visitors in 2018, who spent $94.1 million in communities near the park. That spending supported 1,040 jobs in the local area and had a cumulative benefit to the local economy of $123 million.

Throughout the country, the combination of an aging infrastructure and increased visitation has put a strain on park roads, bridges, campgrounds, waterlines, bathrooms, and other visitor services and led to an $11.9 billion deferred maintenance backlog nationwide.

The additional revenue from entrance fees at Hawai‘i Volcanoes National Park will include the rehabilitation of the ‘Ōhi‘a Wing into a cultural museum and archives, a new park orientation film, new exhibits that interpret the 2018 eruption, and trail improvements.

Hawai‘i Volcanoes National Park has had an entrance fee since 1987. The current rate of $25 per vehicle or $20 per motorcycle has been in effect since June 1, 2017. The park is one of the 117 National Park Service sites that charge an entrance fee; the other 300-plus national parks will remain free to enter.

The price of the annual America the Beautiful National Parks and Federal Lands Annual Pass and Lifetime Senior Pass will remain $80.