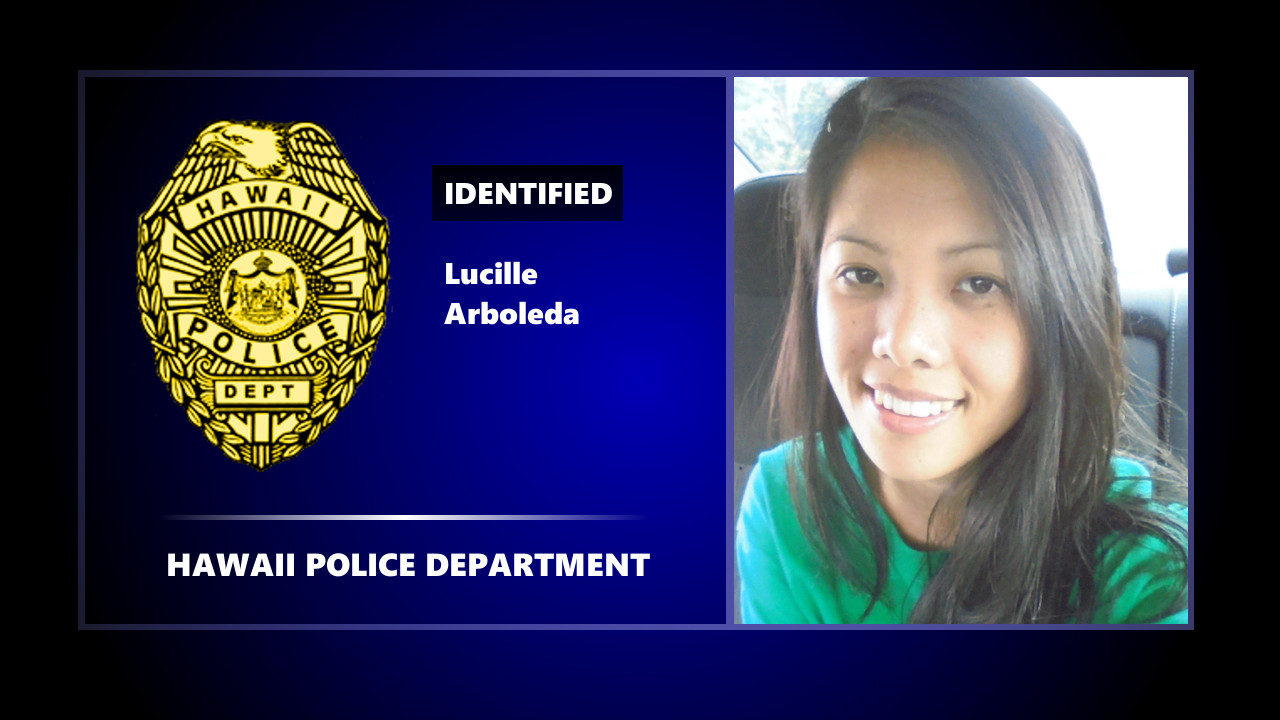 Police: No Foul Play In Case Of Deceased Kona Woman

(BIVN) – Police have determined that no foul play was involved in the case of a missing Kona woman who was found deceased in a residence on Tuesday.

The body of 34-year-old Lucille Arboleda was found at a Huaʻala Street home, two days after she was reported missing.

According to Hawaiʻi island police:

Then on Tuesday, December 3, Kona police were called to an address on Hua’ala Street at about 4:32 p.m. At the residence, police located a deceased female, and tentatively identified her to Lucille Arboleda.

“An autopsy was conducted this morning and police have determined that there is no foul play involved in this case,” police reported on Wednesday.