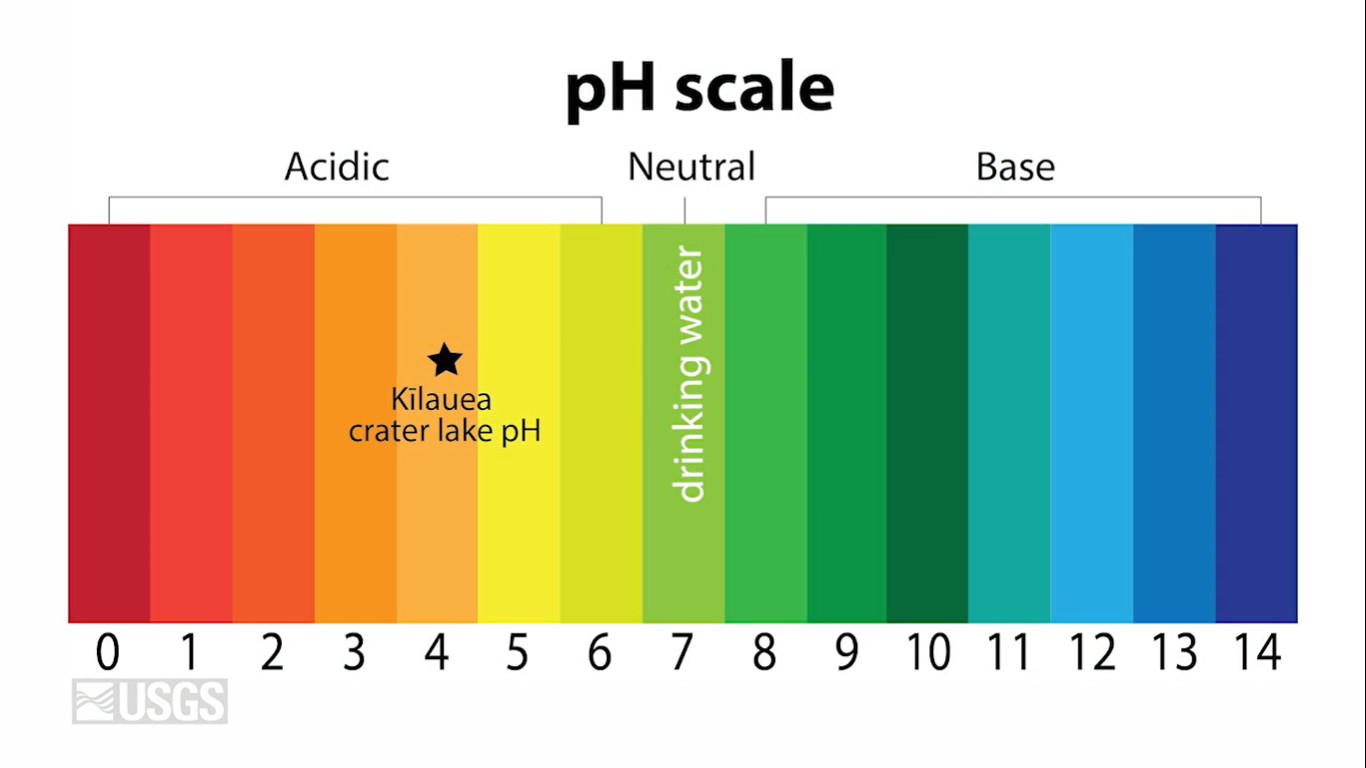 image from the USGS video

(BIVN) – There is a new USGS video featuring the growing crater lake within Halemaʻumaʻu at the summit of Kīlauea Volcano.

From the description of the video, which was just posted to YouTube as well as the USGS website:

USGS Hawaiian Volcano Observatory scientists Frank Younger and Patricia Nadeau talk about sampling the water at the bottom of Halemaʻumaʻu, a crater at the summit of Kīlauea Volcano. The water appeared in July 2019 and has steadily risen since then. On October 26, 2019, an unoccupied aerial system (UAS) was used to collect a sample of the water to investigate its source and composition. Limited UAS flights into the Kīlauea summit area are conducted with permission and coordination with Hawai‘i Volcanoes National Park. The information is used to assess hazards at Kīlauea’s summit, and is shared with the National Park Service and emergency managers.

Because this is the first water lake in Halema‘uma‘u in written history, the video notes, water sampling has not been part of the routine of the Hawaiian Volcano Observatory. But it is important to get the data, scientists say.

“We needed to collect a sample of the water so we can get a full picture of how much gas is actually being released from the magma below,” said USGS research geologist Patricia Nadeau during the video. “Sulphur dioxide, or SO2, is a gas at volcanoes that can indicate how active a volcano is or how active it might become soon. So the more Sulphur dioxide that comes out, we might be looking at more volcanic activity in the near future.”

“Unfortunately, water dissolves Sulphur dioxide so now we’re not getting accurate measurements of how much gas is coming from the deep magma because it’s dissolving into our water lake,” Nadeau said.

“Generally, volcanic lakes around the world have water with a pH that is either acidic or neutral like regular drinking water,” Nadeau said. “It turned out that the water from our sample is actually a pH of 4.2 which is right in the middle, which was a little bit unexpected. But once we found out more of the chemistry and what was dissolved in the water, it made more sense. Our pH ended up in the middle because the acidic water is reacting with the rocks and that keeps it in more of a middle ground of the acidity.”

“We were really sort of stunned by that”, said HVO physical science technician Frank Younger of the middle-range pH level.

“Initial results on some of the chemistry of the water indicate that the water originated as rainwater but didn’t fall directly into the lake, it’s rainwater that made its way into the ground surface and then flowed as ground water into the lake,” Nadeau said. “The chemistry results from our colleagues at California Volcano Observatory indicate that there is definitely Sulphur dioxide being dissolved in the lake water,” she added.