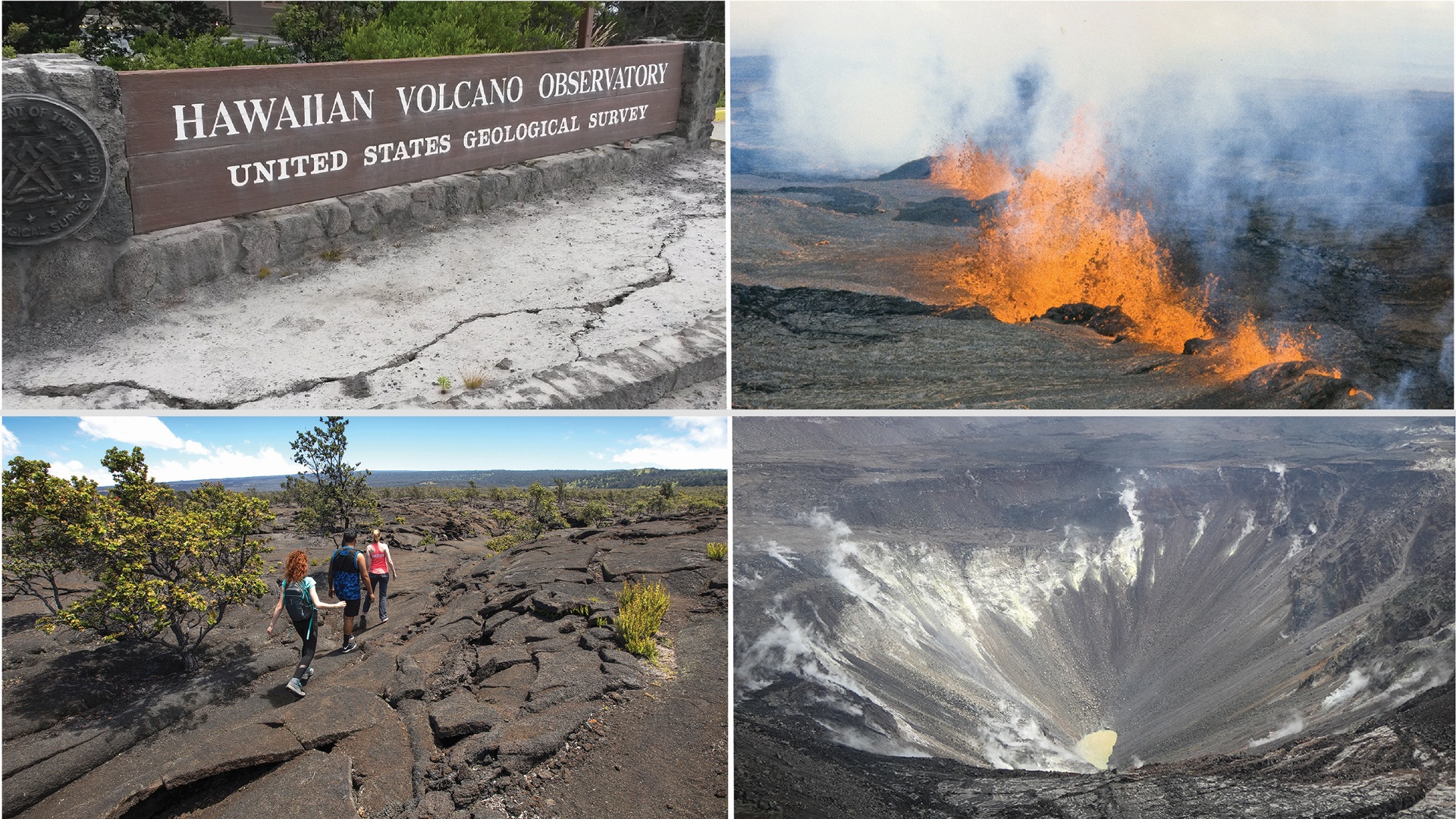 HAWAIʻI ISLAND - The USGS Hawaiian Volcano Observatory has announced the line-up of talks and presentations for the upcoming Volcano Awareness Month in January.

(BIVN) – In January, scientists hope to present a full program of Volcano Awareness Month presentations, unlike last year when the partial shutdown of the federal government resulted in the cancellation of many of the talks.

Neither Kīlauea nor Mauna Loa erupted in 2019, but this period of relative quiet must not lead to complacency about Hawaii’s two most active volcanoes. Both will eventually erupt again.

Given this fact, Hawaii residents should stay informed and be prepared for the hazards posed by a restless or erupting volcano. As we all learned from Kīlauea’s 2018 eruption, the possible impacts—lava flows, ground cracks, poor air quality, evacuations, road closures, and others—can be far-reaching and life-changing.

“Volcano Awareness Month,” held every January since 2010, is one way that residents can learn more about the volcanoes that both inspire and concern us all. In January 2020, informative and engaging talks and hikes on Hawaiian volcanoes will be offered by the USGS Hawaiian Volcano Observatory (HVO) in cooperation with Hawaiʻi Volcanoes National Park, the University of Hawaiʻi at Hilo, and Hawaiʻi County Civil Defense. All are free and open to the public.

The complete schedule of Volcano Awareness Month programs, including dates, times, locations, and brief descriptions for the talks and hikes offered in January, is posted on HVO’s website under “HVO News” (lower left corner of homepage).

For now, here’s a brief overview of the January 2020 schedule:

HVO scientists will present “After Dark in the Park” programs every Tuesday evening throughout the month in Hawaiʻi Volcanoes National Park. Topics addressed in these talks include a recap of HVO’s current situation since relocating to Hilo and what its future may hold, as well as updates on Kīlauea and Mauna Loa (Jan. 7); what’s happening at Kīlauea Volcano’s summit and the crater lake within Halema‘uma‘u (Jan. 14); insight from ongoing research and monitoring on Kīlauea’s lower East Rift Zone (Jan. 21); and the unprecedented level of seismicity that occurred in 2018 (Jan. 28). Each program starts at 7:00 p.m. in the Kīlauea Visitor Center auditorium. National Park entrance fees may apply.

Two talks will be offered on the UH-Hilo main campus in the University Classroom Building (UCB) Room 100 at 7:00 p.m. The first, a repeat of the January 7 “After Dark in the Park” program on HVO’s status and volcano updates, is on January 9. The second program on January 16 will describe how lava samples collected from erupting fissures in 2018 have revealed the complex story of magma that fed the eruption.

On the Kona side of the island, a presentation about damaging earthquakes in Hawaii, including the dramatic seismicity in 2018, and how to prepare for the next “big one” will be offered twice on January 8. The talk will be first presented at the Kailua-Kona Public Library at 3:30 p.m. and then repeated at the West Hawaiʻi Civic Center at 6:00 p.m.

Programs about Mauna Loa, Earth’s largest active volcano, will be offered in two locations. On January 29, an HVO scientist will talk about the current status and eruptive history of the volcano at the Puʻuhonua O Hōnaunau National Historical Park amphitheater at 6:00 p.m. On January 30, HVO will team with Civil Defense to provide information about Mauna Loa—its current status, potential hazards, how to prepare for the next eruption, and more—in the Ocean View Community Center at 6:00 p.m.

The 2020 line-up also includes a number of hikes in Hawaiʻi Volcanoes National Park guided by HVO scientists and Park rangers. These hikes include treks through Kīlauea Iki, walks through Kīlauea Volcano’s summit history, a look at the 1868 Mauna Loa lava flow on a trail in the Park’s Kahuku Unit, and a venture back to the 1969-74 Mauna Ulu eruption. Details about these hikes are provided in the Volcano Awareness Month schedule on HVO’s website.

HVO spearheads Volcano Awareness Month each January because we realize the importance of understanding the spectacular volcanoes on which we live and of being prepared for the next eruption. We hope our 2020 programs will be just the start of your quest to learn more about our volcanic island home.

If you’re unable to attend the Volcano Awareness Month talks and hikes, you can learn and stay informed about Hawaiian volcanoes through HVO’s website. There, you will find volcano updates, monitoring data, geologic histories for Kīlauea and Mauna Loa, photos and videos, and much more.

The complete schedule of upcoming talks and hikes is posted on the USGS website.