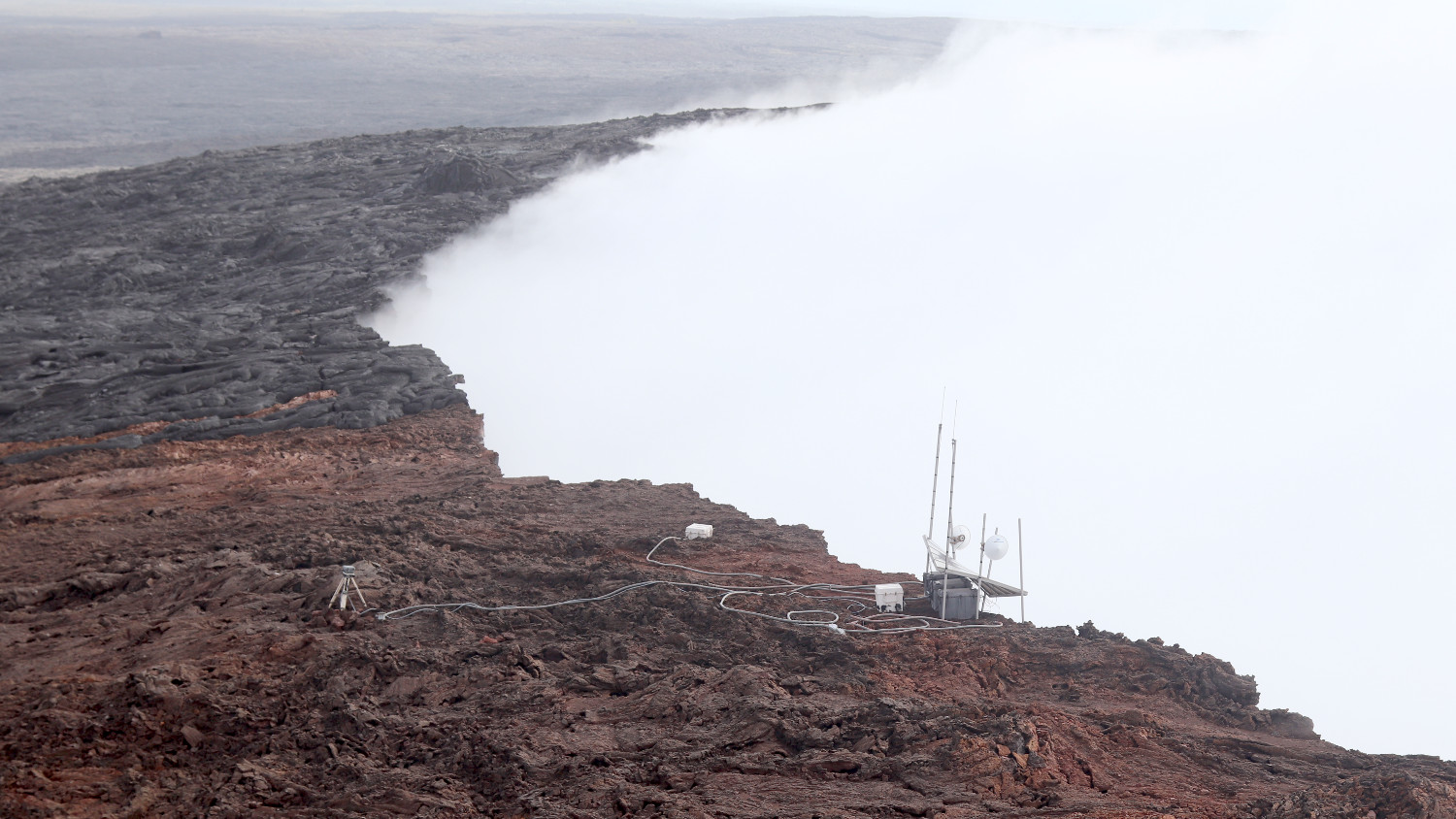 The USGS hub on the north rim of steamy Puʻu ʻŌʻō. USGS photo by C. Parcheta. 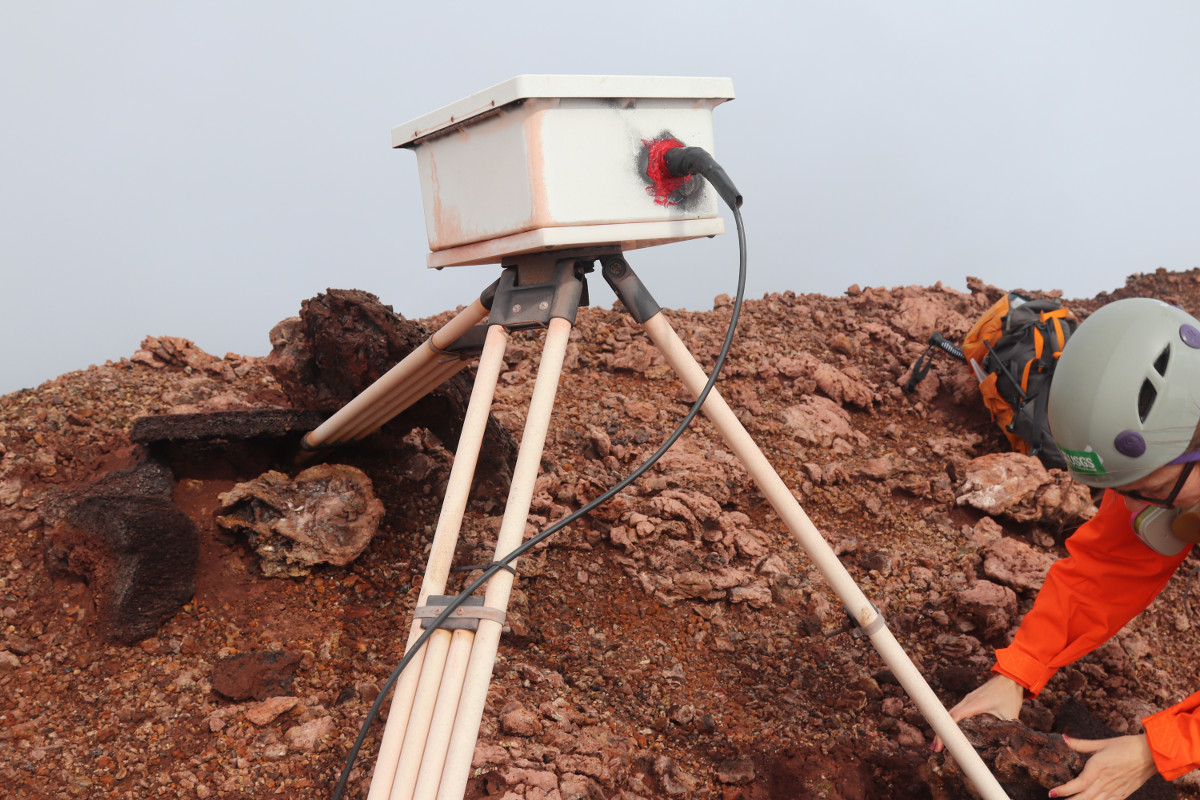 (BIVN) – A communications hub on Puʻu ʻŌʻō is about to be lost over the actively collapsing north rim of the crater.

On Friday, the USGS Hawaiian Volcano Observatory posted photos of the precariously perched hub as it teeters on the edge of the inactive vent on Kīlauea’s east rift zone.

“This hub, and the web cam (PN cam) behind the hub […] will very likely fall into the crater as the north rim continues to collapse,” USGS HVO wrote. “HVO already implemented a alternate communication hub for geophysical data acquisition, so there was no gap when the Pu‘u ‘Ō‘ō hub started tipping precariously.”

Three webcams routed by the hub went offline early Monday. Since the hub has not fallen into the crater yet, scientists believe “either the antenna signal is blocked from the hub or that the solar panels are no longer able to recharge the batteries powering the antenna.”

Kīlauea Volcano is not erupting. “GPS stations and tiltmeters continue to show motions consistent with slowed refilling of the deep East Rift Zone magmatic reservoir in the broad region between Puʻu ʻŌʻō and Highway 130,” the most recent USGS Kīlauea activity update stated. “Monitoring data do not suggest any imminent change in volcanic hazard for this area.” The Hawaiian Volcano Observatory says it continues to carefully monitor all data streams along the Kīlauea East Rift Zone and south flank for important changes.

A time-lapse camera was reinstalled on the south rim of Pu‘u ‘Ō‘ō to document the continuing collapse of the north rim, scientists say.