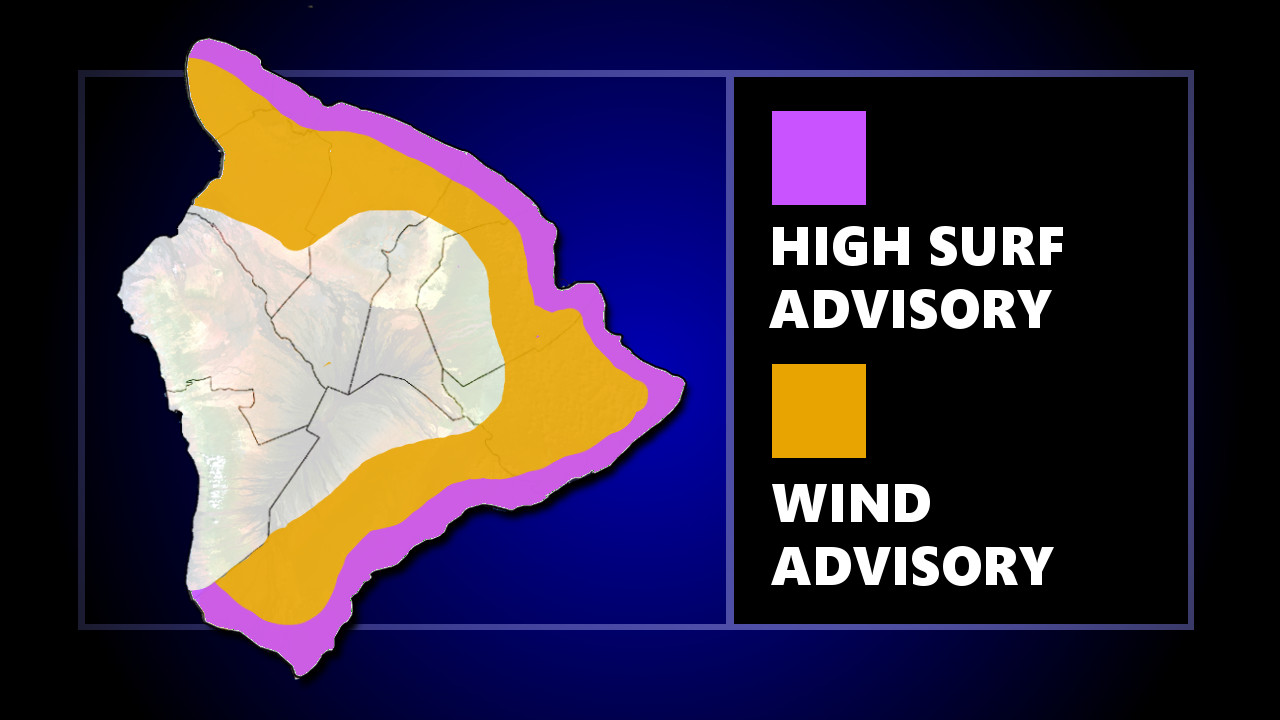 HAWAIʻI ISLAND - Spencer Beach Park on the Kohala Coast remains closed to all use due to continued high winds, county officials say.

(BIVN) – A Wind Advisory and a High Surf Advisory continue Sunday for areas of Hawaiʻi Island.

The National Weather Service in Honolulu says “a strong high pressure system north of the islands and a broad area of low pressure west of the area will result in strong trade winds across the eastern end of the state today.” The winds are expected to ease tonight, forecasters say.

East winds of 20 to 30 mph with gusts up to 50 mph are possible over the northern and southern portions of the Big Island, including locations over and downwind of the Kohala Mountains as well as areas near South Point. “The strongest winds will occur over and immediately downwind of the mountains, and where the terrain funnels the wind most effectively,” the advisory stated.

Hawaiʻi County Parks and Recreation has opened all parks to camping with the exception of Spencer Beach Park, which continues to have high winds and is closed to all use until the winds subside.

Strong to gale force trade winds will continue to produce large surf along exposed east facing shores. Surf heights will be 6 to 10 feet today, lowering to 5 to 8 feet tonight.