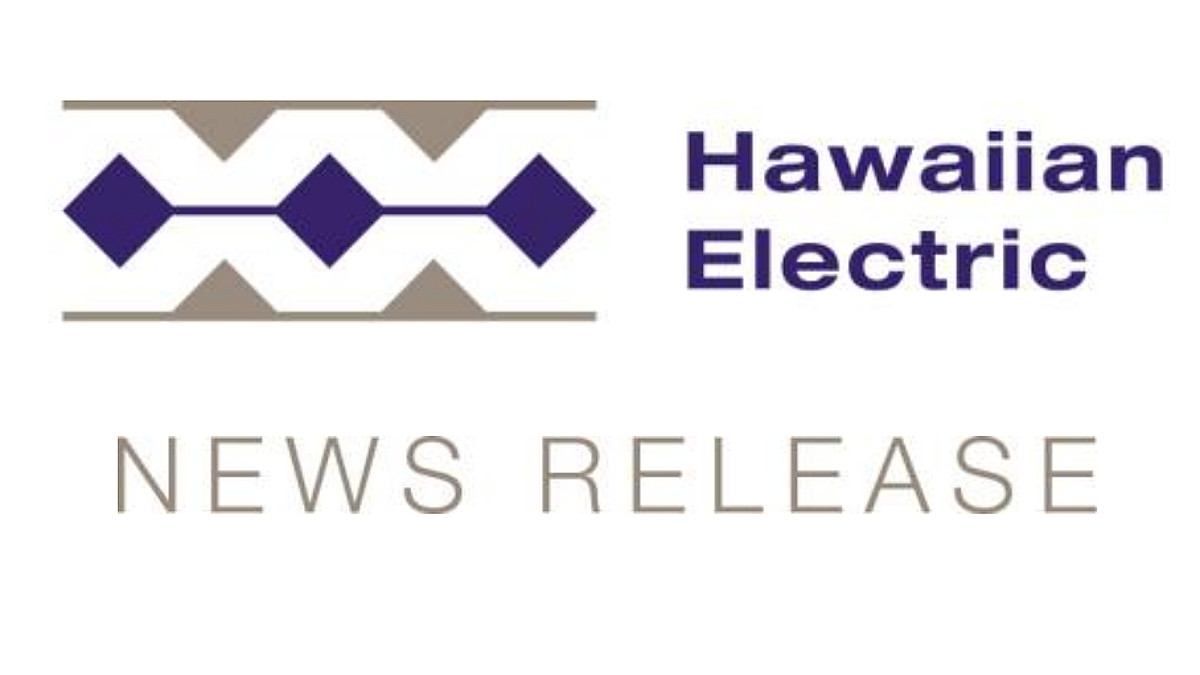 The Hawaiian Electric logo, created by Hilo designer Sig Zane in 2013, will remain

HELCO To Join Other Island Utilities Under Hawaiian Electric Brand

HAWAIʻI ISLAND - The Hawaiʻi Electric Light Company will join the Maui and Oʻahu utilities under one name starting in January.

(BIVN) – The three largest utilities in Hawaiʻi will soon be united under one name.

Starting in January, the three utilities that serve 95 percent of Hawaii’s residents will be united under a common name: Hawaiian Electric.

With operations across Oahu, Maui, Hawaii Island, Molokai and Lanai, Hawaiian Electric is a familiar name that reflects a strong, united enterprise of 2,700 employees serving more than 460,000 customers.

For six years, Hawaiian Electric and its subsidiaries, Maui Electric and Hawaii Electric Light, have worked to align operations and share resources to work more efficiently and deliver greater value to customers. This initiative, known as One Company, has relied on technology, including a new software platform, and continuous improvement practices to reduce redundancies and share expertise and resources.

“We’re taking this step as the logical completion of our One Company strategy. This transformative effort has created an enterprise that is unified in its commitment to our customers and our state and we want to communicate that through one familiar and trusted name,” said Alan Oshima, president and CEO of Hawaiian Electric.

“Maui Electric and Hawaii Electric Light are names with proud histories and they won’t be forgotten. Hawaiian Electric is an inclusive name that is true and authentic, given our 128-year history of local ownership. It conveys that we’re not just in Hawaii but that we’re of Hawaii.”

The transition to the Hawaiian Electric name will take place over the next several months, with changes to signage, bills, correspondence and websites. The company will continue to use the distinctive logo created by Hilo designer Sig Zane in 2013.

For many years, the companies operated as three separate organizations under separate leadership, sharing few common practices even though they were doing the same kind of work.

Aided by technology and driven by the transformation of the utility industry from a regulated monopoly to a highly competitive business, the One Company strategy has consolidated purchasing power, aligned operations under common management and instituted best practices for safety and efficiency.

For example, the company used to have three separate customer call centers. Today, representatives can help customers on any island – and they back each other up when call volume is heavy due to an outage or some other event. That’s resulted in faster, more responsive service and shorter wait times.

And by using a new enterprise software platform that became operational last year, Hawaiian Electric and its subsidiaries have committed to $246 million in customer savings over 12 years.

Leadership of the company’s operating areas comes not just from Oahu but from Maui and Hawaii Island as well.

“Having three different names continues the three-company mindset,” Oshima said. “By having one common and inclusive name that is of Hawaii, not just of one place, we signal that we are a strong and united team working for all the people of the five islands we serve.”