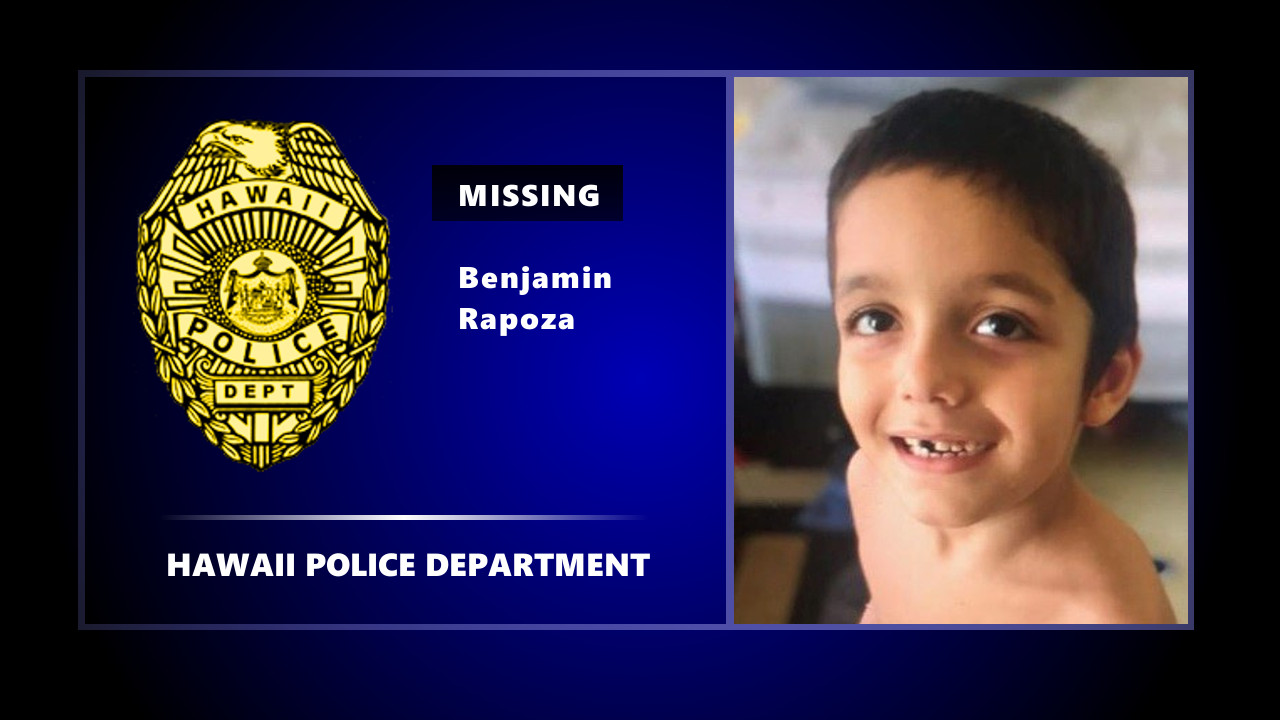 HILO, Hawaiʻi - A multi-agency search effort has yielded minimal results after three days of searching, with a focus on the shoreline in the area of Waiʻolena Beach Park.

(BIVN) – The search continues for the 6-year old boy who has been missing since Friday.

Community members and concerned citizens from the Keaukaha and Hilo areas have volunteered to assist in searching for “Benny”, who was last seen at a residence in the 2100 block of Kalanianaole Street at around 3 p.m. on December 20.

The multi-agency search effort has been focused on the shoreline in the area of Waiʻolena Beach Park, also known as Richardon’s Beach Park. The team included personnel and assets from the Hawaiʻi Fire Department, Hawaiʻi Volcanoes National Park, U.S. Coast Guard, “Team Adam” from the National Center for Missing and Exploited Children, and police.

Meanwhile, a High Surf Advisory remains in effect for east-facing shores of Hawaiʻi Island. “Rain and heightened ocean swells hampered portions of the search and posed a navigation hazard to the fire department’s rescue vessel, requiring it return to shore,” police reported. “Neither the vessel nor the personnel onboard sustained damages or injuries.”

“He was last seen wearing only a diaper,” said police, who are concerned for the boy’s welfare as he is diagnosed with nonverbal autism.

According to a fire department dispatch:

Rescue Co 2 conducted daily shoreline searches, SCUBA dive ops on Friday 12/20 and today as well as ongoing daily air search with HFD Chopper 2. HFD Ocean Safety Life Guards, using a jet ski out of Richardsons Beach park aslo maintained daily patrols. On the initial day and Saturday, USCG had both fixed wing and helicopter assets involved in the search, primarily offshore. HPD conducted land searches, with the assistance of community volunteers. As of 1700 hours today, 12/23, negative findings for the boy. A search by foot and with Chopper 2 will be made of the shoreline tomorrow morning at low tide and again in the afternoon. Large waves, strong trades and trecherous seas made the search more difficult: Boat and dive op’s were made significantly more hazardous by the sea state.

“We are truly grateful to the incredible response from the community during the search for Benny,” said Hawaiʻi Police Captain Greg Esteban, Commander of the Area I Criminal Investigations Division. “While we encourage the public’s assistance, we do not want any injuries or mishaps, so please be vigilant of the ocean conditions and do not place your personal safety at risk.”

Police continue to ask anyone with information on Benjamin’s whereabouts or may have seen him in the Keaukaha areas to call the Detective BJ Sagon at (808) 961-8883 or email bobbie-jo.sagon@hawaiicounty.gov.