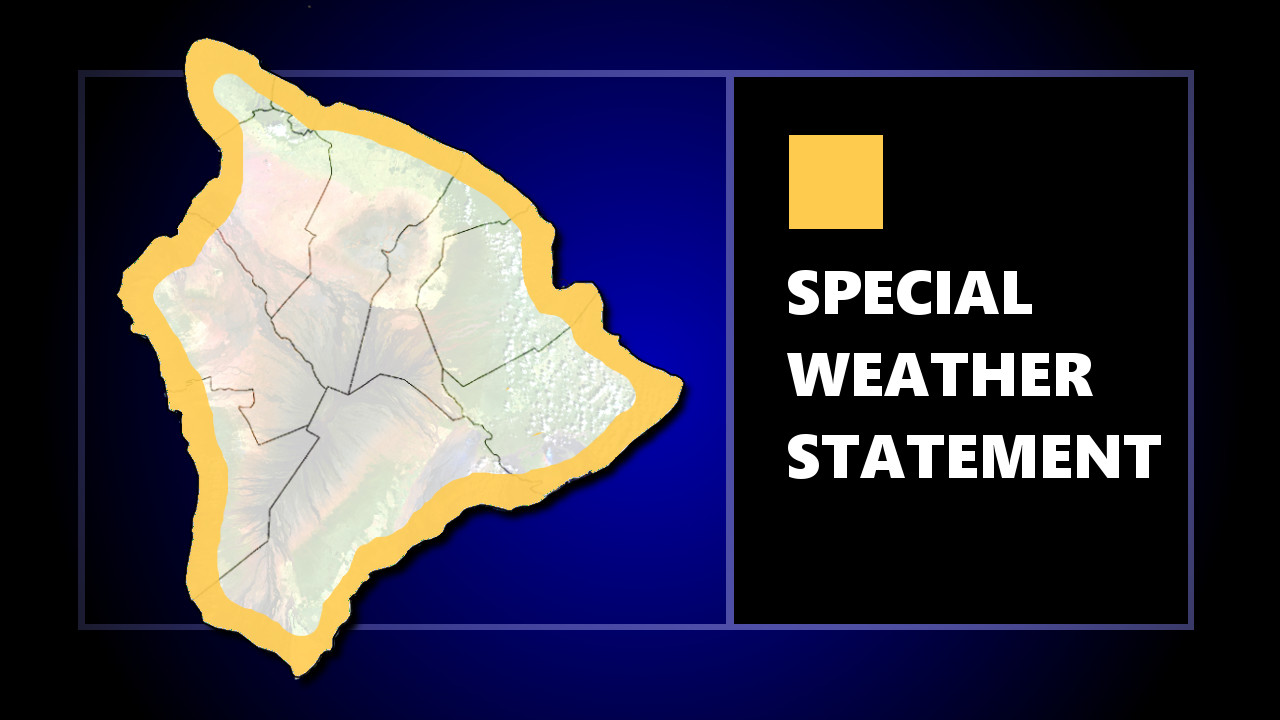 HAWAIʻI ISLAND - Coastal flooding is possible over the next few days due to unusually high water levels, and Brown Water Advisory has been issued at Hilo Bay to Honoliʻi.

(BIVN) – There are a few advisories in effect for Hawaiʻi shores on this Christmas Eve.

A Special Weather Statement issued by the National Weather Service in Honolulu warns coastal flooding and strong southerly winds are possible over the next few days, due to unusually high water levels.

“The greatest potential for coastal flooding impacts will be around the peak high tides, which will occur between midnight and daybreak each day,” forecasters said. “These water levels combined with the potential for heavy rainfall and strong southerly winds Tuesday through Wednesday could exacerbate flooding in these low-lying coastal areas due to poor drainage.”

“Impacts of the higher than normal water levels may include flooding of beaches that normally remain dry, salt water inundation of typically vulnerable low-lying roads, docks, boat ramps, and other coastal infrastructure. The potential for coastal flooding will diminish by the end of the upcoming weekend as the peak daily tides lower,” the National Weather Service stated.

Also, a Brown Water Advisory has been issued from Hilo Bay to Honoliʻi.

“The recent heavy rains and high surf has resulted in stormwater runoff entering into coastal waters,” reported the Hawaiʻi Department of Health Clean Water Branch. “The public is advised to stay out of flood waters and storm water runoff due to possible overflowing cesspools, sewer, manholes, pesticides, animal fecal matter, dead animals, pathogens, chemicals, and associated flood debris. Not all coastal areas may be impacted by runoff, however, if the water is brown stay out. Continue to practice good personal hygiene and follow-up with your primary care physician if you have any health concerns.”