HAWAIʻI ISLAND - The East and North Hawaiʻi regions are the first in the state to become Certified Blue Zones Communities. 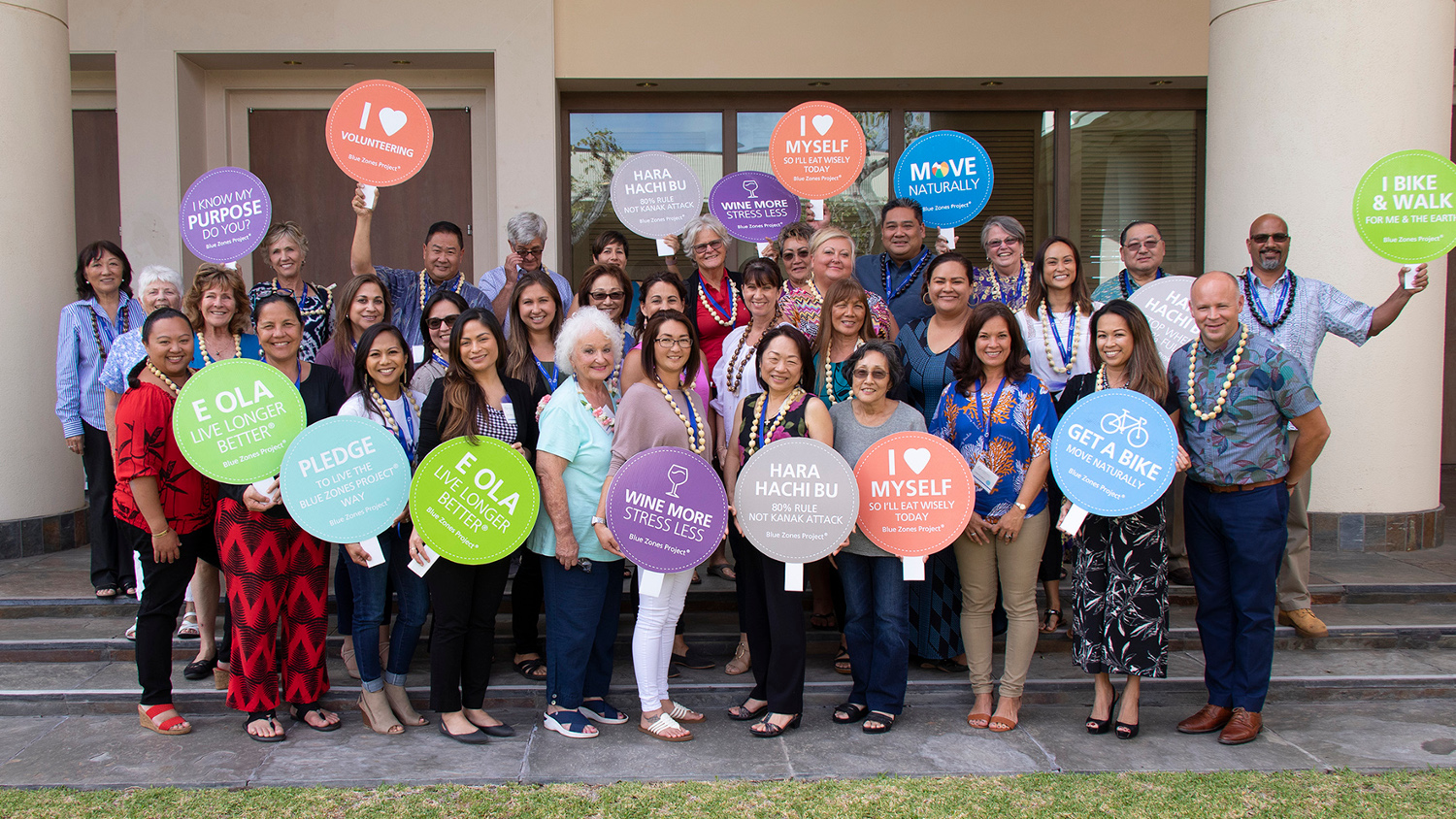 (BIVN) – The Waimea community gathered on Saturday to celebrate the certification of North and East Hawaiʻi’s Blue Zones Communities.

From the Blue Zones Project:

East Hawai‘i and North Hawai‘i have been named Certified Blue Zones Communities®, joining only 13 other communities with this well-deserved designation across the country. The community celebration in Waimea today drew a crowd with live music, free healthy food samples and a congratulatory program acknowledging community members dedicated to well-being.

Brought to Hawai‘i by HMSA, Blue Zones Project® is a community-led initiative with a mission to enhance the well-being of Hawai‘i’s people by continually improving the environments where we live, work and play. Through dedication of community leaders and support of the Blue Zones Project – Hawai‘i Island team, the efforts to make healthy choices easily available have proven successful and have resulted in this milestone.

Senior Vice President and Chief Community Engagement Officer, Kathryn Matayoshi of HMSA commends the communities for reaching this goal, “We’re so proud of our Hawai‘i Island community members. Over the past five years, North and East Hawai‘i have had nearly 35,000 residents engaged with Blue Zones Project, to better their own health and the health of their family, friends, neighbors, and community. With that kind of passion it’s no wonder Hawai‘i is one of the healthiest states in the nation.”

Mayor Harry Kim also congratulates the communities on their dedication, “Our goal has always been to make Hawai‘i a nice place to live. Not just the sense of place, but for us as people and families, for a healthy lifestyle. I consider this community certification to be a really great thing for all of us. Blue Zones Project represents the lifestyle we strive for on Hawai‘i Island. I congratulate the Blue Zones Project team and the residents of Hawai‘i Island for working toward this and participating in improving wellness in the community.”

The initiative is modeled after the best practices in the Blue Zones® – regions in the world with the highest concentration of centenarians, or people who live to be 100 years or older. Blue Zones Project implements these best practices within communities and partners with worksites, schools, grocery stores, restaurants, civic organizations and policymakers to improve access to healthy resources.

According to the project, health and well-being highlights of the work performed over the five year period include:

Overall health and well-being improvement on the job:

Dan Buettner, Blue Zones founder and National Geographic explorer, commends North and East Hawai‘i on their leadership in well-being on a national basis, “When HMSA launched Blue Zones Project in Hawai‘i with two communities on Hawai‘i Island, they were pioneers in community wellness. I applaud the North Hawai‘i and East Hawai‘i communities for stepping up to the challenge and serving as spectacular examples of community-led change. From the parternships developed to government support, the community has really illustrated the impact that working together for well-being can have at a grassroots level.”