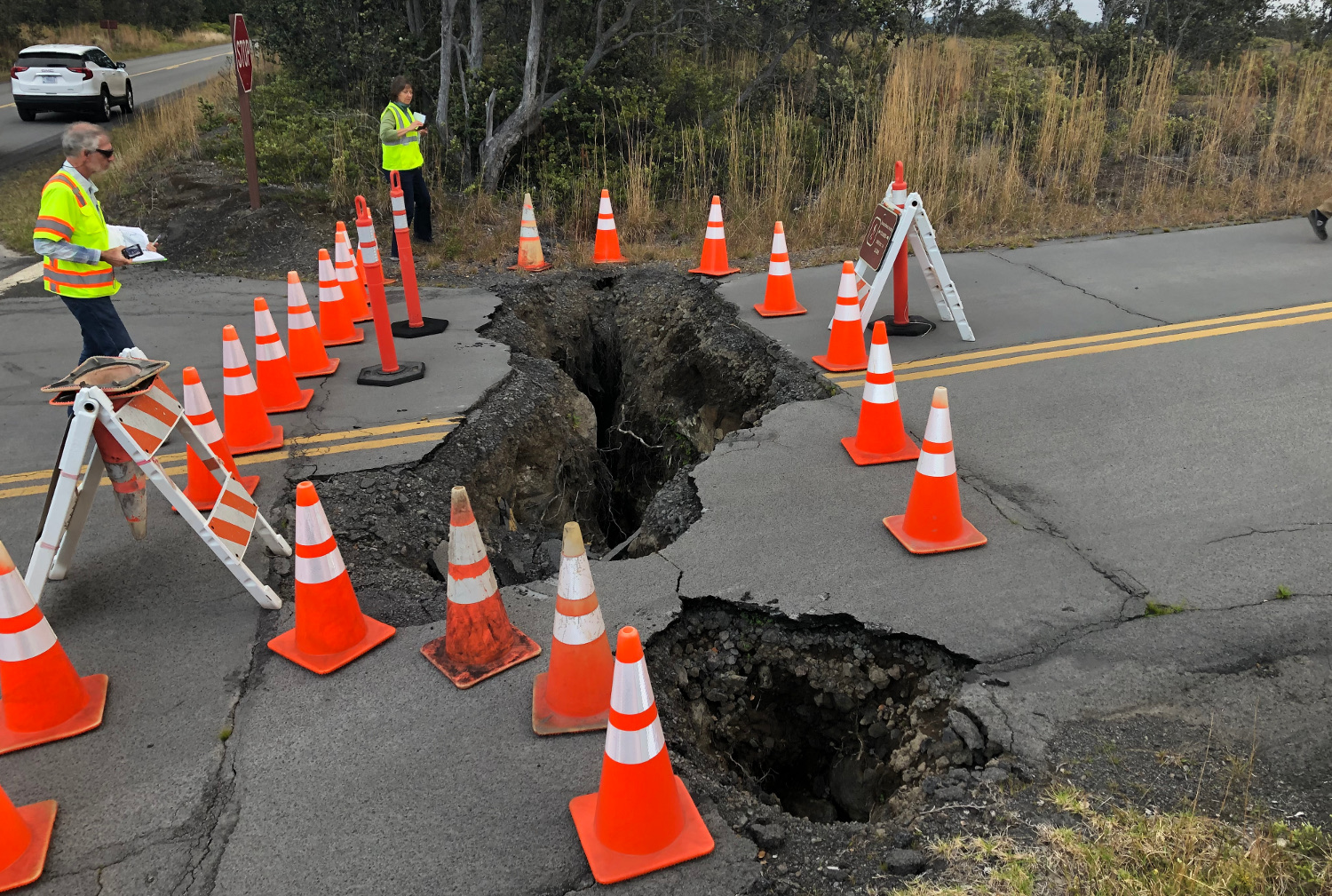 HAWAIʻI VOLCANOES NATIONAL PARK - Visitor access will be restored to sections of the park with repairs to Crater Rim Drive and Crater Rim Trail between Kilauea Military Camp and Kīlauea Overlook.

(BIVN) – Repairs to roads and paved trails in Hawaiʻi Volcanoes National Park that were damaged during Kīlauea Volcano’s 2018 eruption and summit collapse are set to begin in February.

The announcement is a big step towards restoring visitor access to sections of the park that have been closed for public safety since May 2018, including Crater Rim Drive and Crater Rim Trail between Kilauea Military Camp and Kīlauea Overlook. Waldron Ledge and Crater Rim Trail (aka “Earthquake Trail”) between Volcano House and Kīlauea Iki will also be repaired and reopened. Other areas slated for repair include the five-mile section of Hilina Pali Road from Kulanaokuaiki Campground to Hilina Pali Overlook currently closed to vehicles, the road to the park’s water catchment system, pavement near the entrance station, and Chain of Craters Road.

Work will begin no later than mid-February 2020, and is expected to be completed this summer. The contract amount is $3,298,800, with monies coming from the Federal Highway Administration’s Emergency Relief for Federally Owned (ERFO) roads and trails fund, Supplemental Appropriations for Disaster Relief Act of 2019, and the Federal Lands Transportation Program.

Extended closures of Chain of Craters Road below Puhimau Crater parking area and Hilina Pali Road of up to three weeks are anticipated during the work, but specific dates have not been set. All repair-related closures in the park will be communicated to the public in advance.

“We’re very excited to see this project moving forward. There’s been a lot of planning and preparation to get to this point,” said Hawai‘i Volcanoes National Park Acting Superintendent, Rhonda Loh. “When complete, the road and trail repairs will restore access to some truly spectacular views and unique backcountry experiences. We thank the public for their patience as we continue with park disaster recovery efforts,” she said.